WHEN it comes to fashion, SHEIN have some interesting options on their website – to say the least.

And it’s a similar situation with their homeware choices, with one woman taking to TikTok to reveal the weirdest things she’d ordered from the website.

Rory Eliza shared a video of her unboxing, which began with a wobbly pig sitting on a clay toilet.

The 20-year-old influencer had forgotten half the things she ordered, and squealed with delight as she opened up some little cactus ornaments.

“I forgot about these!” she exclaimed. 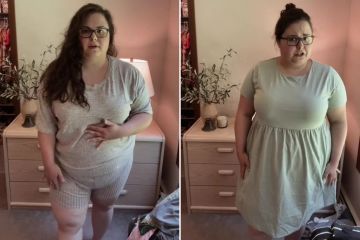 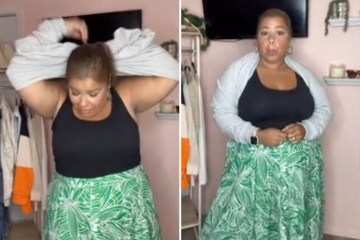 “Wait let me set them up and I’ll show you.

But people in the comments section were quick to point out that the “L” in the word looked somewhat phallic.

“The L cactus be looking sus,” one wrote.

As another added: “Is no one going to talk about the ‘L’ cactus?”

“Was I the only one who saw the l on love,” someone else asked.

“Not gonna lie that first cactus,” another wrote.

Elsewhere in the haul, Rory opened a jaw exerciser, that claimed to define your jawbone.

She then demonstrated how to use the exerciser – a device she had to put in her mouth and bite down on.

Next up was a banana umbrella, which she put up in the car before struggling to get it back in its casing.

A tool to lift up the toilet seat without touching it was the next thing Rory opened.

But when she demonstrated it in action, it fell off almost immediately.

The haul continued with a “weird neck thing” that did almost nothing, and a finger mould that she used to make chocolate fingers.

The last item was a strapless skipping rope, which wasn’t even weighted.

“What, so you just fling them around?” Rory questioned.

“For people who suck at skipping?”

She then gave them a go, but gave up after about 10 seconds when she realised that she could use them standing still as well as when jumping.

“This is so stupid!” she laughed.

The comments section was quickly filled with people weighing in on Rory’s haul, although many pointed out that she opened the umbrella inside.

“I love you x but no one’s talking about the fact she opened her umbrella inside ahhhh,” one wrote.

“DON’T OPEN UMBRELLAS INSIDE ITS BAD LUCK,” another added.

As a third commented: “Anyone gonna talk about how she’s got bad luck for putting the umbrella up inside?”

While others weighed in on the slightly phallic looking “L” in the cactus “LOVE” .

COVID researchers are learning why some people are asymptomatic