The 18-year-old son of Yorkshire Shepherdess Amanda was seen sweetly carving a love heart of a giant marrow as a heart-warming gift for his girlfriend Sarah Dow.

Channel 5 star Amanda shared a series of snaps as her brood celebrated the giant marrow they had grown to enter into a vegetable competition in Harrogate.

In one of the precious pictures, Amanda’s son Reuben could be seen to be carving something into the giant marrow as he gazed down at the large vegetable.

Amanda referred to the larger than life piece of veg as a ‘mutant marrow’ as Reuben got to work on perfecting his design.

In a later snap, Amanda showcased a beaming Reuben showing off his work of art as he posed alongside his girlfriend whilst holding up the carving of the heart. 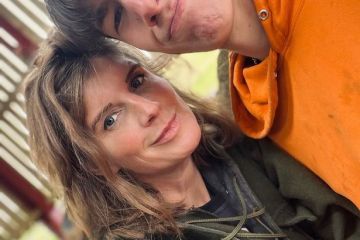 COME ON MY SON 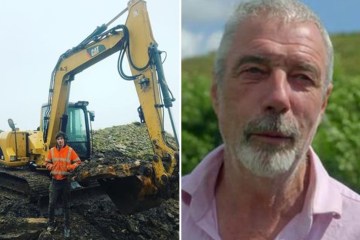 Fans were quick to comment on Reuben’s sweet gesture as one said: “”Reuben you old romantic you.”

It is thought that the young lovebirds began dating at the start of the year.

Reuben declared his love for Sarah in June of this year when he shared an image to celebrate their six month anniversary as he captioned the romantic snaps: “Can’t believe you have put up with me for 6 months. #youralegend #ily”

Reuben also accompanied his girlfriend as she attended her prom in July of this year.

Reuben will likely be hoping his relationship stands the test of time after The Sun exclusively revealed his parents marriage was on the rocks.

Family friends revealed the couple were battling to save their marriage – with mum-of-nine Amanda spending nights away from the family home.

They dealt with the difficulties at home in private, while Amanda was promoting her new book hailing the virtues of domestic life.

The 47-year-old’s husband Clive, 66, was said to be “desperate” to repair their relationship.