MENTAL health problems are a growing concern among young people.

Across the world mental health issues among young people are thought to be one of the leading causes of disability, suicide and disease.

The average teen feels anxious for the equivalent of nine days each month.[/caption]

A new study has revealed that millions of teens are currently struggling to cope with their mental health and social pressures.

The poll of 1,000 teenagers found 31 per cent have struggled with their mental health – feeling that way for an average of more than two years.

And 56 per cent regularly feel anxious, with social media and the increased cost-of-living blamed.

It also emerged the average teen feels anxious for the equivalent of nine days each month. 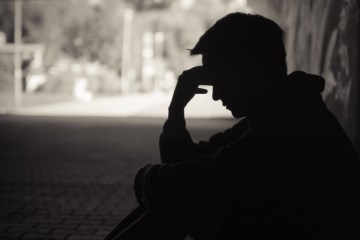 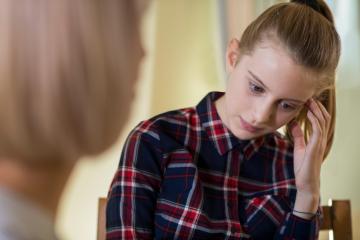 When asked how they dealt with these feelings, many said they use techniques such as breathwork, speaking to a loved one and exercise.

According to the research, by mental wellness app, Headspace, others used journaling, listening to a podcast and meditation to keep calm calm their mental health.

But 89 per cent of those who have struggled with their mental health have been in a situation where they needed help with their wellbeing but weren’t sure how to access this support.

And 13 per cent feel unsupported by the people around them and professionals.

DR WILL SEE YOU NOW

I'll end 8am 'scramble' to get a GP appointment, vows Therese Coffey

STING IN THE TAIL

It also emerged 31 per cent of all teens polled have signed up to receive support with their wellness – but were on a waiting list for more than five months on average.

Back in 2020, almost 31,000 youngsters were referred to mental health services in England.

Of those, a whooping 38 per cent of them had to wait longer than the 18-week NHS target to get their first assessment.

This has led to calls for more support groups specifically for teenagers, wellbeing lessons in school, meditation workshops and the opportunity to skip school when they’re feeling low to keep their wellbeing in top shape.

Sam Snowden, mindfulness teacher at Headspace, said: “It’s important to remember that adolescents don’t have enough tools to navigate the highs and lows of life.

Why is my teen suffering a mental illness

Things that increase the risk of a mental illness such as anxiety or depression in children include:

“When experiencing intensely difficult emotions for the first time, they may assume that this is how life will be going forward.

“This can be dangerous as they may begin to believe negative thoughts like “nothing matters” and “things will never get better,” he explained.

“It’s up to us as adults to get teens the help they need by connecting them with skilled and empathic mental health providers and peer support,” he added

The study also found 51 per cent of those polled believe stress at school, university and their workplace has negatively impacted their mental wellbeing.

But 16 per cent admitted this has affected their schoolwork, while 15 per cent believe it has impacted their friendships.

To cope with this, most teens (84 per cent) who have struggled with mental health said they felt comfortable talking to their pals about their wellbeing.

It also emerged 62 per cent would like to learn more about ways to ease stress, with 61 per cent unaware of the potential benefits of meditation and mindfulness.

Sam added: “It’s promising that teens are showing more openness and acceptance of mental health issues, decreasing the stigma and secrecy around it.

“It’s troubling, however, to know how difficult it can be to navigate the mental health system that may require being on a waiting list for weeks or months before receiving care.”

He said: “Talking to family and friends is incredibly helpful as teens know they don’t have to suffer alone and that they’re surrounded by people who want to help and listen with compassion.

“Practicing the tools of mindfulness help to decrease rumination and help teens observe difficult thoughts with openness and self-compassion instead of self-criticism and suppression.”

Top 10 ways to identify depression in teens, according to Headspace

1. Social Withdrawal: this may look like your child choosing to stay home instead of going out with friends and spending more time by themselves.

2. A lack of interest in things that they used to enjoy.

3. Changes in mood: you may notice physical and behavioural signs of sadness like lethargy and an increase in tearfulness.

4. Signs of irritability including restlessness, difficulty concentrating, getting easily frustrated and showing impatience and annoyance over small issues.

5. Changes in appetite can move between two extremes: eating much less or much more than usual.

6. Your child may have a hard time getting out of bed or taking care of daily habits like the upkeep of personal hygiene and chores around the house.

7. You may notice changes in their sleep patterns like difficulty falling asleep or oversleeping and having a hard time getting out of bed.

8. Your child may express disinterest in school and stop caring about turning in assignments or maintaining good grades.

9. They may show difficulty in making small decisions or answering questions about what they like or need.

Where to get help

If you, or anyone you know, needs help dealing with mental health problems, the following organisations provide support:

10. Expressing thoughts of worthlessness or overwhelm (“I can’t take this anymore”)

Previous research has found that depression may start in the brains of kids as young as seven – and the warning signs could predict future problems.

Scientists in the US studied almost 100 children and found they could predict which would suffer depressive symptoms at the age of 11 by scanning their brains.

The rates of self-harm among kids has been rising year-on-year for the past decade in the UK.

According to the data the average time based on the data of all UK towns and cities is 53 days.

Children in the south of England wait an average 59 days compared to 69 in the west and 51 in the north and in the Midlands.