A PLACE in the Sun fans have heaped praise on ‘hottie’ Laura Hamilton after she donned a figure-hugging dress for a new episode.

Laura, 40, took to social media to show off her latest ensemble while in Spain to film a new episode of the Channel 4 show.

The star wore a striking lime green leopard print strappy dress which she accessorised with a chunky black belt and a necklace with her name on it.

Laura styled her short blonde hair in waves and kept her makeup natural, beaming for the camera while posing with her hand on her hip.

She captioned the shot: “House-Hunting on the Costa Del Sol this week and it’s surprisingly hot!#lauraslook #blueskies #sunshine #september @dancing_leopard.”

Laura was inundated with compliments from her followers, with one writing: “What a beautiful lady”. 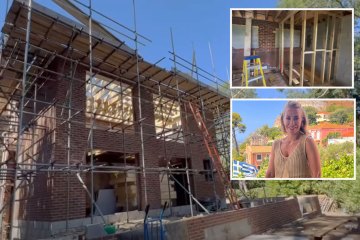 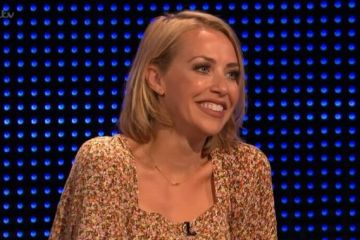 Another added: “As always stunning Laura” alongside loved up and flame emojis.

A third shared: “Weather hot, but Laura is Smoking HOT”.

It isn’t the first time Laura has wowed fans with her wardrobe.

Earlier this month, she appeared on a Celebrity edition of The Chase and distracted some viewers with her ‘stunning’ ensemble.

Taking to Twitter, one user wrote: “Laura Hamilton on The Chase, looks unreal.”

Another commented: “You look amazing Laura.”

Laura tried to convince her co-stars to go for the higher offer all round, but when it got to her, she decided to give to gamble and give it all or nothing.

She decided to take the offer of £75,000 but she was beaten by Paul Sinha.

A Place in the Sun airs weekdays at 3pm on Channel 4.

La Russa, Robert out for season

Today24.pro
Sweet Potato Souffl The 31 most stunning photos across women's sports from the last month — Tennis, European Championships, and more How to Get MICROSOFT OFFICE for FREE in 2022! How to invest in communications stocks, a sector that's huge, highly diversified, and growing — offering something for almost every type of investor