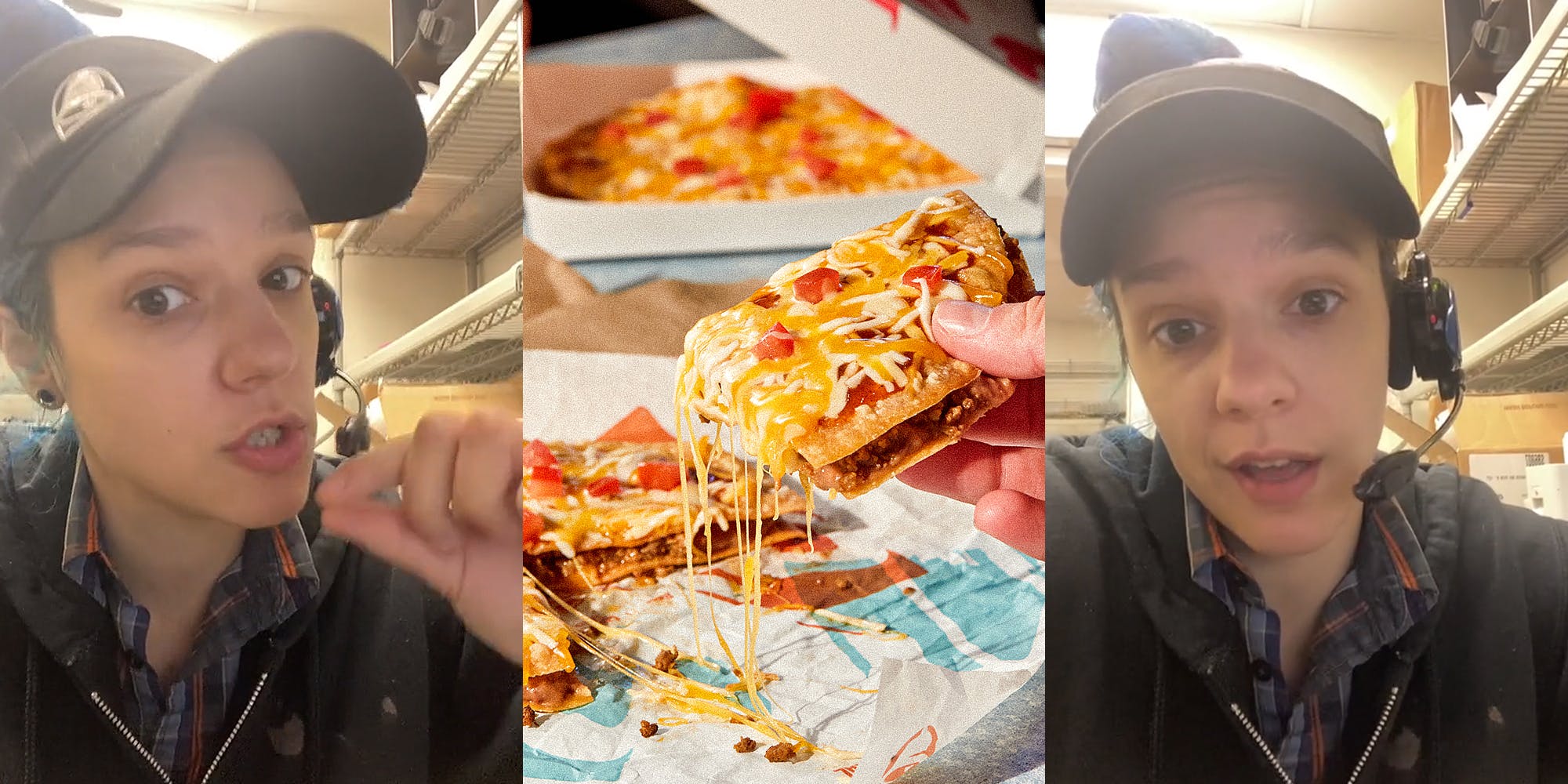 The beloved Mexican Pizza is back on Taco Bell’s menu this month, and employees are using TikTok to share their experiences of being bombarded with orders.

The comeback item is made up of two tostadas stuffed with seasoned ground beef and refried beans, topped with Mexican Pizza sauce, a three-cheese blend, and diced tomatoes.

Taco Bell employee @aurasmama, posted a TikTok video one day before early access, explaining the expectations they had for the menu relaunch. The video has over 8000 views.

“I can assure you that we are going to do everything on our end to make sure everything goes smoothly,” they said. “So I’m just gonna need a smidge of cooperation. I’m talking single file lines, patience …”

They also reminded customers that they can get Mexican pizza anytime now that it’s back on the menu.

“Y’all don’t all have to come on the same day, I promise,” they said. “We’re still gonna have them.”

Taco Bell first removed the menu item in November 2020 in an effort to cut costs during the height of the COVID-19 pandemic.

Mexican pizza “got taken away because it was not popular,” @aurasmama said in their TikTok. “There was just absolutely no way for us to know that there was so much love for the pizza.”

Taco Bell briefly reintroduced Mexican Pizza in May of this year. The company shared via Twitter that the item was seven times more popular than the American-based restaurant chain expected.

However, weeks after reintroducing the item, restaurants struggled to keep ingredients in stock, and Mexican Pizza was no longer available. In response, Taco Bell acknowledged the unexpected love for the product, and promised die-hard Mexican Pizza fans that once the item makes its return again, “it’s here to stay.”

TikTok user @aurasmama said that before Mexican Pizza was discontinued, their store location sold around five a day.

“Now with the launch, we’re doing five per order,” they said.

The comment section is filled with other Taco Bell employees discussing the amount of orders they’ve been getting since the item was added back to the menu.

“I literally sold 356 the first day,” one person wrote.

“I work overnight with just two people, and these damn pizzas are gonna be the death of us,” another shared.

Other employees shared their horror stories from the first relaunch in May.

“We are as prepared as we can be here in Cleveland,” one person commented. “Lord, I hope people don’t crash the app this time.”

“People lost their damn minds when it was taken off the menu,” another employee wrote. “The second time it came back, we ran out of them completely.”

One commenter blames social media for the growing popularity of Mexican Pizzas.

Doja Cat, an American rapper and singer, posted a TikTok video in March of this year, in which she raps about Taco Bell’s Mexican Pizza for a promotional collaboration.

“I will end you / If you ever dare to go discontinued,” she raps. “I like my pizza with refried beans … / This ain’t even Mexican food / But I don’t care when the clock hits 2 a.m.”

The video has over 39 million views.

The videos have over 10 million views combined.

The Daily Dot reached out to user @aurasmama via TikTok comment. They have not responded to the request.

The post ‘These damn pizzas are gonna be the death of us’: Mexican Pizza is back at Taco Bell appeared first on The Daily Dot.