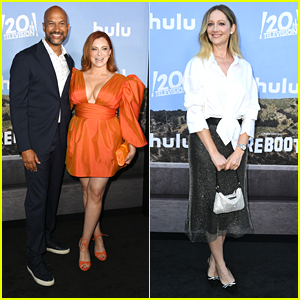 Rachel Bloom, Keegan-Michael Key and Judy Greer hit the red carpet for the premiere of their new series, Reboot, held at the Fox Studio Lot on Monday (September 19) in Los Angeles.

The three stars were joined by co-stars Johnny Knoxville, Paul Reiser, Calum Worthy, and Krista Marie Yu for the event.

“It just put in my mind this idea of like, oh, a bunch of actors and people coming back to a show after many years for a reboot is a really good arena for comedy,” creator Steven Levitan shared with The Wrap about the series.

He added, “You’re dealing with these larger than life people, and under a high pressure situation, and maybe their lives didn’t turn out exactly the way that they had wanted.”