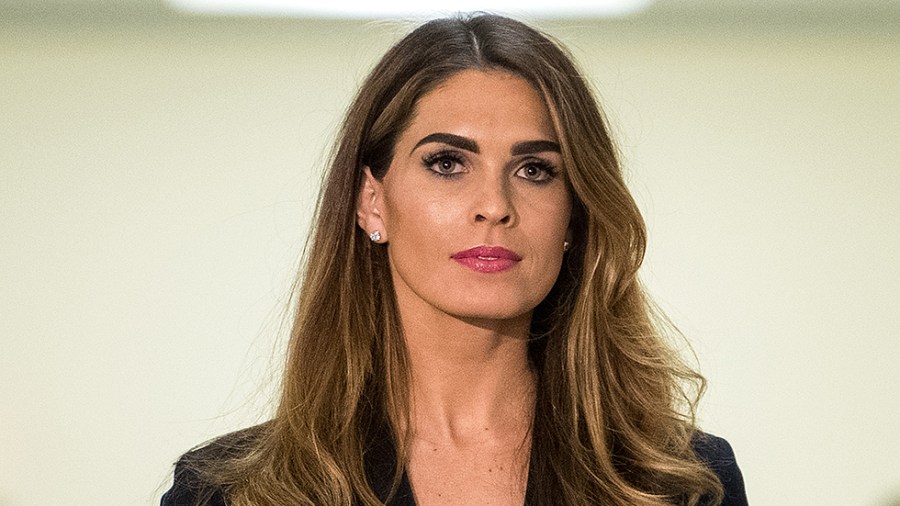 The book, "The Divider: Trump in the White House, 2017-2021," set to be released Tuesday, reveals Hicks told a post-election Trump that he had lost, though she didn’t take other steps to convince him, according to Insider.

The authors also reported that advisers close to the former president thought he was wavering on his assertions that the 2020 presidential race was tainted by widespread voter fraud. They thought that he might be close to accepting his loss.

Baker and Glasser reported that once after seeing Biden on television, Trump said, "Can you believe I lost to this f---ing guy?"

However, the kind of staff who would have steered Trump toward accepting his loss were "no longer around the brooding president," according to the book, Insider reported.

She resigned from the position in 2018 and became chief communications officer at Fox, but returned to the White House in early 2020 to work as Trump’s adviser.

The former president reportedly said in meetings that Hicks didn't "believe in me."

“Nobody’s convinced me otherwise,” Hicks reportedly replied. She said she was “marginalized” for her views and didn’t go into the office on Jan. 6, 2021, when rioters stormed the U.S. Capitol over the 2020 election results.

One injured in crash between tow truck, tractor in Crawford County