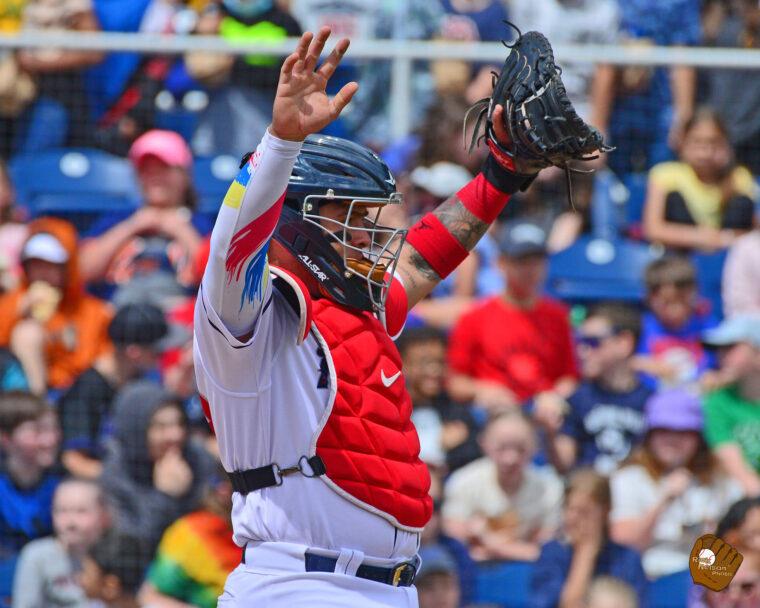 Despite a gem thrown by Chris Bassitt last night, the New York Mets lost their third straight game. The second in a row against San Diego. New York will look to avoid the sweep tonight in the final game of their three-game set against the Padres.

Though, in some good news, Francisco Álvarez blasted his first career Triple-A home run for Syracuse. The long ball was a grand slam.

According to Tim Healey of Newsday Sports, Buck Showalter told the media that Trevor May will start a rehab assignment with Double-A Binghamton on Sunday.

According to Jon Heyman of MLB Network, the New York Mets acquired catcher Michael Perez from the Pittsburgh Pirates for cash considerations.

Via SNY – Chris Bassitt struck out a career-high 11-batters in his start against the Padres on Saturday night.

Per Joel Sherman of the New York Post, Yankees’ relief pitcher Michael King has a fracture in his right elbow.

According to Jon Morosi of MLB Network, MLB teams are calling the Los Angeles Angels to express interest in trading for two-way star Shohei Ohtani. However, the Angels have shown no interest and indicated that they have no plans to trade Ohtani before the August 2nd trade deadline.

Per Jon Heyman of MLB Network, the Miami Marlins have called up their former first-round draft pick and their number four prospect, 24-year-old JJ Bleday.

The Milwaukee Brewers announced on Saturday that they have signed left-handed pitcher Aaron Ashby to a five-year contract extension through the 2027 MLB season with club options for 2028 and 2029.

The Boston Red Sox made several roster moves on Saturday:

Per MLB Trade Rumors, Detroit Tigers’ pitchers, Alex Faedo and Kyle Funkhouser, are both out for the season.

MLB tweeted a video of Mookie Betts hitting his 200th career home run on Saturday against the Giants.

Per Craig Mish of Herald Sports, Marlins’ pitcher Max Meyer left his start against the Pirates after facing just three batters with an apparent arm injury.

Mojo Hill talked about what’s next for the Mets after the trade for Daniel Vogelbach.

Andrew Steele-Davis discussed the Mets’ acquisition of catcher Michael Perez from the Pirates.

Jase Bernhardt took a look at the Mets’ defense and shifting from an analytical perspective.

An injunction against the people

Today24.pro
How Charlize Theron and KiKi Layne Spar in The Old Guard Anatomy of a Scene Matthew Judon Fed Up With Joint Practices? Twitter ‘Like’ Hints Feelings Rotec team signs up to Santa Abseil challenge in support of St Margaret’s Hospice Care 10 Over The Top Boss Moves We DID NOT SEE COMING