FUEL-SAVING techniques are saving some drivers up to 3p a litre with nearly one-third of drivers using them according to new research.

A survey from the AA revealed that rising petrol costs are being partially offset by 31 per cent of drivers who are trying to cut their fuel bills with clever methods.

Motorists may drive at a slower speed overall as well as avoiding frequent acceleration and deceleration.

While the cost of petrol has risen to more than £100 a tank for some drivers, official data shows that road traffic has been roughly the same as pre-pandemic levels.

And AA fuel spokesman Luke Bosdet says that motorists could save an estimated 3p a litre by simply slowing down, maintaining a steady speed and using other fuel-saving techniques.

Bosdet said: “We would hope that these have become ingrained. It seems like common sense to those people that have done it. 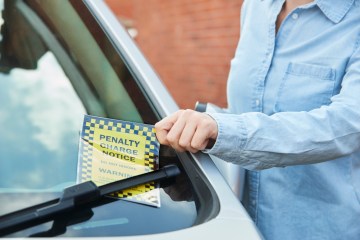 I'm being dragged to court for parking outside my mother's house 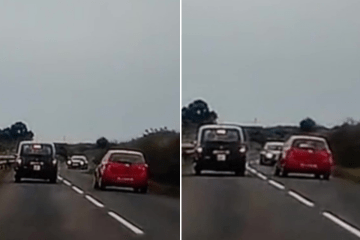 “Disruption to fuel supply on three occasions within the past year, has probably helped those drivers to figure out how to save fuel.”

In total, 77 per cent of drivers have now had to take steps to afford to keep driving according to the AA research.

Just over a quarter said they had started combining their trips or cutting out shorter, unnecessary journeys, reports The Telegraph.

Making one round trip can also preserve fuel economy, as it will avoid the extra energy required to heat up the engine.

I'm being dragged to court for parking outside my mother's house

STAY IN YOUR LANE

Man grabs woman's bike & orders her to get off - whose side are you on?

NO NEED FOR SPEED

Bosdet added: “If large numbers of people have become comfortable with leaving their cars on the driveways and walking around to local shops, and doing short journeys like that, then that is a big and hopefully enduring silver lining from what’s been going on with fuel prices.

“Drivers are getting bombarded with this sort of advice, whether it’s to help the environment by using less fuel, or whether it’s a matter of financial survival. They’ve now had to put this into practice.”

However, the fuel price crunch has had a limited impact on switching to greener methods of transport such as walking and cycling, or taking public transport.

Only 2 per cent of drivers said they had switched to walking and cycling to save money on fuel, while 11 per cent moved to public transport.

Mr Bosdet added: “For certain journeys, people have no option but to stick with the car.”

It comes after one car expert, shared his secrets on how to save £190 at the petrol station.

Giant LEGO Minifigs Have Taken Over Darling Harbour, Do Not Be Alarmed