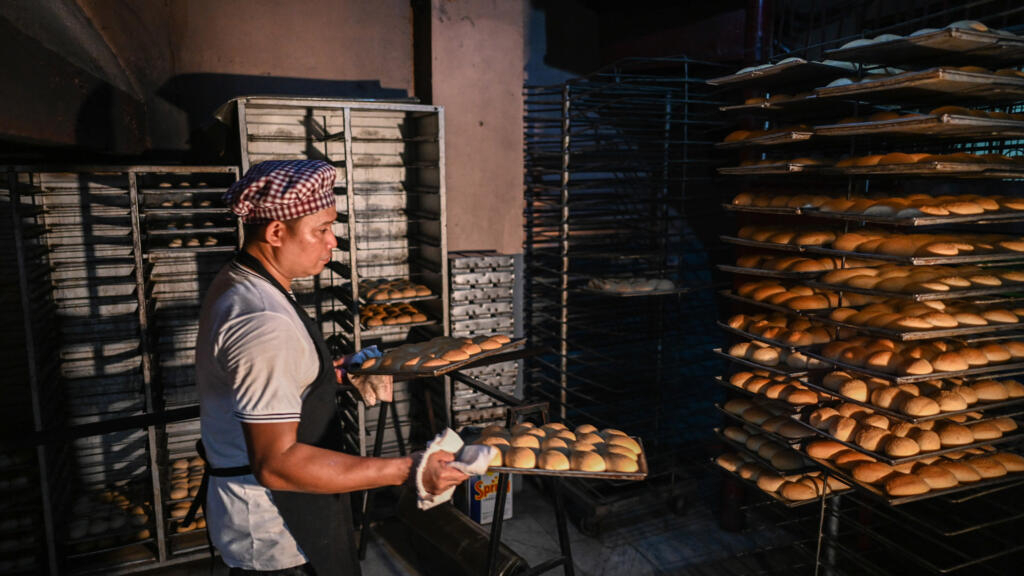 The slightly sweet and pillowy soft "pandesal", which Filipinos often dunk in coffee or stuff with cheese, used to weigh 35 grams at Matimyas Bakery, a breadmaker in suburban Manila. But as the cost of local and imported ingredients soared in recent months, co-owner Jam Mauleon gradually reduced the size of the roll -- known as the "poor man's bread" because it is cheap -- to around 25 grams to avoid raising the 2.50 peso (about $0.04) price. She feared that even a slight increase would send cash-strapped customers in her neighbourhood to a rival bakery five blocks away. "We had to reduce the serving size to survive," Mauleon told AFP, as children, workers and retirees arrived early to buy rolls baked in a brick oven that morning. As the Philippines lifted Covid-19 restrictions and schoolchildren began returning to the classroom this year, Mauleon had hoped economic conditions for the bakery would improve. But since December, as wheat and fuel prices surged, the price of flour has increased by more than 30 percent, while sugar is up 25 percent and salt costs 40 percent more, she said. The bakery survives day to day and does not make enough money to buy ingredients in bulk, leaving it vulnerable to changing prices in domestic and international markets. After reducing the number of employees and absorbing higher costs, Mauleon was forced this week to raise the price of a pandesal by 20 percent to three pesos. Shrinking the size of the roll any further would affect its quality, she said. "We will try it out if people will still buy it," Mauleon said. "Pandesal is very important in the lives of Filipinos." For mother-of-five Laarni Guarino, the price hike means her family now eats fewer rolls for breakfast. "We will have to redo our budget. From five pieces each, my children will have to eat just three to four," Guarino, 35, told AFP. "Fifty centavos is a big thing for poor people like us." - 'Shrinkflation' - Lucito Chavez, president of an association representing local bakeries, said thousands of breadmakers were reeling from the higher cost for raw materials, most of which are imported. "All of us are struggling, not to make profit, but to survive," Chavez told AFP. "We have to protect the pandesal industry." Inflation in the Philippines hit 6.1 percent in June, the highest level in nearly four years, as steep fuel price hikes pushed up food and transport costs. Lawmaker and economist Joey Salceda said bread would be hardest hit by "shrinkflation", where the size of a product gets smaller but the price stays the same. "Wheat prices have increased by 165 percent," he told reporters recently, urging bakeries to fortify their products with vitamins and minerals.

The Mar-a-Lago raid's potential effect on the midterms

Unvaxxed US swimmer welcomed to Australia months after Djokovic row