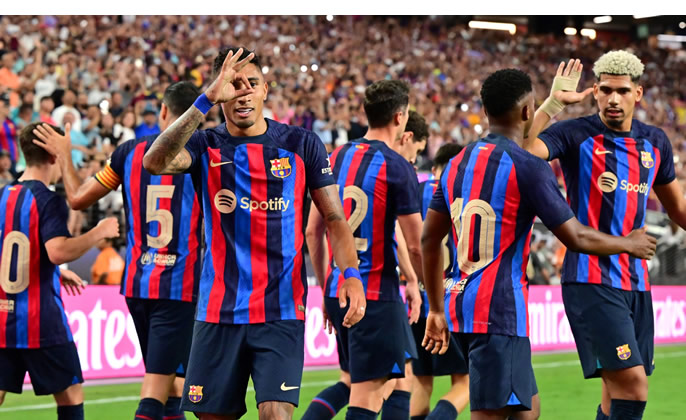 Raphinha made it two goals in two matches as Barcelona defeated Real Madrid 1-0 on Saturday in their Las Vegas Clasico. Raphinha, signed from Premier League Leeds United earlier this month for around $60 million, followed up his debut in a 6-0 thrashing of Inter Miami with the lone goal of the high-profile clash at

2Pac Allegedly Turned Down A Collab With Michael Jackson

Today24.pro
Troy Deeney: With Haaland and Nunez, Man City and Liverpool are so good it’s a joke… the others won’t get close College students are quietly one of Chipotle's most important customers 2023 Audi S3 & RS3 Buyers Guide Is it worth it? How does it compare? Chinese Tourist Hot Spot Sanya Imposes COVID-19 Lockdown