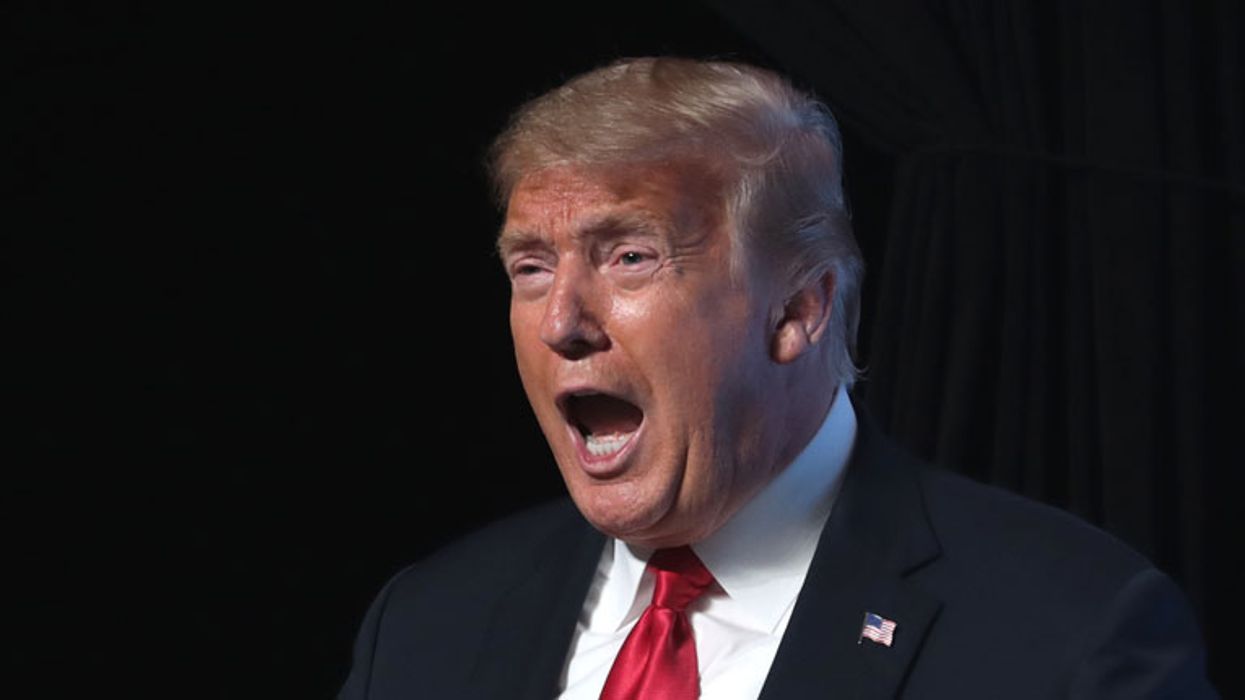 Donald Trump's fixation with punishing everyone that refused his unsuccessful coup attempt was revealed in a shocking new report out of Wisconsin.

"In a private meeting with construction executive Tim Michels in April, Trump complained about a 2019 tweet by Lt. Gov. Rebecca Kleefisch in which she posted a picture of her daughter with the son of Supreme Court Justice Brian Hagedorn, the Milwaukee Journal Sentinel reported Saturday.. "The tweet showed the two teenagers dressed up in formal wear and headed to a high school homecoming event."

Michels and Kleefisch are facing off in the GOP primary for governor.

The newspaper spoke to a source who was in the room with Trump met with Michels.

"Trump was aware of these tweets" the source said. "And it bothered him."

Kleefisch told the newspaper, "I’m outraged my opponent would use a photo of my underage daughter for political ammunition in order to score an endorsement."

However multiple sources told the newspaper Michels did not bring up the issue.

"Michels was unaware of the tweets before meeting with Trump," the newspaper reported.

"Two years ago, the great people of Wisconsin asked me to endorse a man named Brian Hagedorn for State Supreme Court Justice, when he was getting destroyed in the Polls against a tough Democrat Candidate who had no chance of losing. After my endorsement, Hagedorn easily won!" Trump tweeted.

The newspaper noted Trump did not actually publicly endorse Hagedorn before the election, but did congratulate him afterward.

"Wow, he just voted against me in a Big Court Decision on voter fraud (of which there was much!), despite many pages of dissent from three highly respected Justices. One thing has nothing to do with another, but we ended up losing 4-3 in a really incorrect ruling!" Trump continued. "Great Republicans in Wisconsin should take these 3 strong decisions to their state legislators and overturn this ridiculous state election."

"We won in a landslide!" Trump lied.

Trump repeatedly his delusions about "well-documented fraud in our elections" when he endorsed Michels.

And Trump has continued his crusade, just last week state House Speaker Robin Vos revealed Trump called him asking him to "decertify" the election in Wisconsin, which was won by Joe Biden.

While Trump is facing a widespread investigation in Georgia from Fulton County District Attorney Fani Willis, Democratic Wisconsin Attorney General Josh Kaul has not announced a parallel investigation into Trump's efforts to overturn the Wisconsin election.

Spartans elated as they close in on group stage dream

Ground-breaking procedure revived all the organs in a dead body