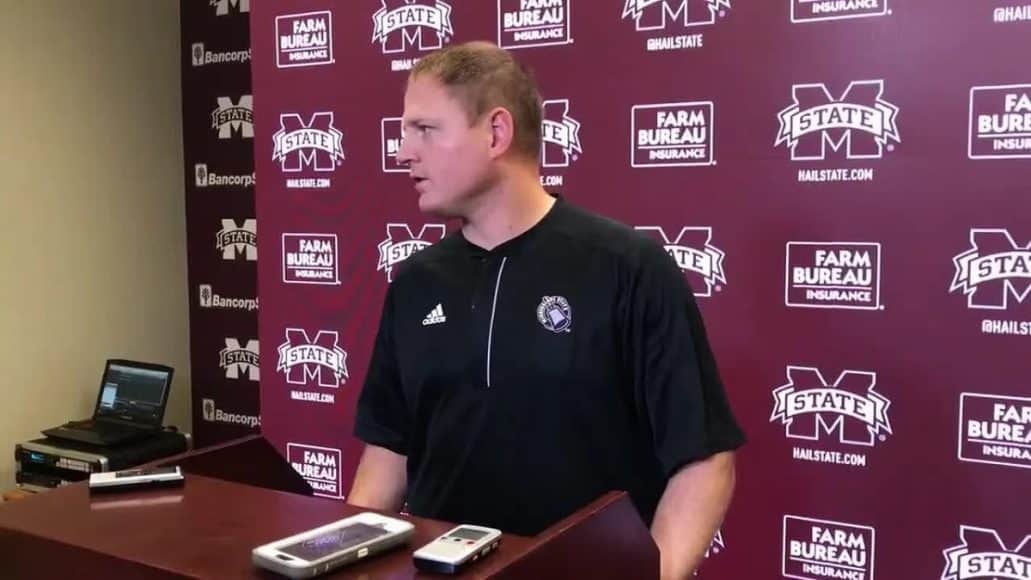 Taking over as offensive coordinator for the Chicago Bears is the challenge Luke Getsy wanted. He knows that if he wants to run his own team one day, he’ll have to show everybody he can put together a top offense. Most believe he is coming in with zero play-calling experience under his belt. That is not technically true. Getsy had a chance to do that back in 2018 when he was the offensive coordinator for Mississippi State.

There was nothing overly impressive about that year on the surface. The Bulldogs had the 69th overall offense when the season ended. Getsy wasn’t getting much notoriety. In truth, one can describe the year in two distinct halves. After a strong three-game start to the season, Mississippi State hit a wall between September 22nd and October 20th. They went 1-3 in that stretch, scoring only 16 combined points in those losses.

One can only imagine what fans were saying about Getsy at the time.

To his credit, the young coach didn’t get discouraged. After some adjustments and continued work, the Bulldogs started to rebound. They shocked 16th ranked Texas A&M with a 28-13 drubbing and then beat a pretty good Louisiana Tech team 45-3. Sadly their momentum was interrupted by a red-hot Alabama who blanked them 24-0. The lull didn’t last long as Getsy helped crush Arkansas and Ole Miss by a combined score of 87-9.

The season ended in a tough loss to Iowa where, after falling behind 17-6 in the first half, Getsy orchestrated a spirited comeback that pulled them to 24-22 in the 4th quarter. There were reasons for optimism as the team went into the off-season. Then, just like that, the young coach returned to the NFL. Without him, the offense sagged to 74th overall in 2019. Some likely wondered how different it could’ve been if Getsy had stayed.

Luke Getsy learned some valuable lessons during that brief stint.

Some interesting adjustments he made were getting his quarterback easier completions and trying to run the ball more often. Nick Fitzgerald’s completion percentage through the first six games was 46.9. It jumped to 56.7% during the final six games. Running backs got more involved. The solutions weren’t perfect, but they worked enough to help the team finish strong. That is what competent coaches must do.

It is why Bears fans can feel some optimism about what’s coming for Justin Fields. Luke Getsy has loads of experience working with dual-threat quarterbacks. In addition, his three years in Green Bay helped open his eyes to how much better he could make the running game with the wide-zone system. These lessons can come together in beautiful ways. Fields is far superior to Fitzgerald from a passing perspective, for one thing.

That could open up so many possibilities.

It comes down to whether he and the young quarterback get on the same page. That was a constant issue between Matt Nagy and Mitch Trubisky. Early rumors suggest Fields likes what he hears from Getsy. The two are committed to making this relationship not only work but prosper. It could be a mutually beneficial relationship. Getsy can help Fields become great. Fields can help Getsy become a head coach.

A four-peat? Westlake could do what no school has ever done before