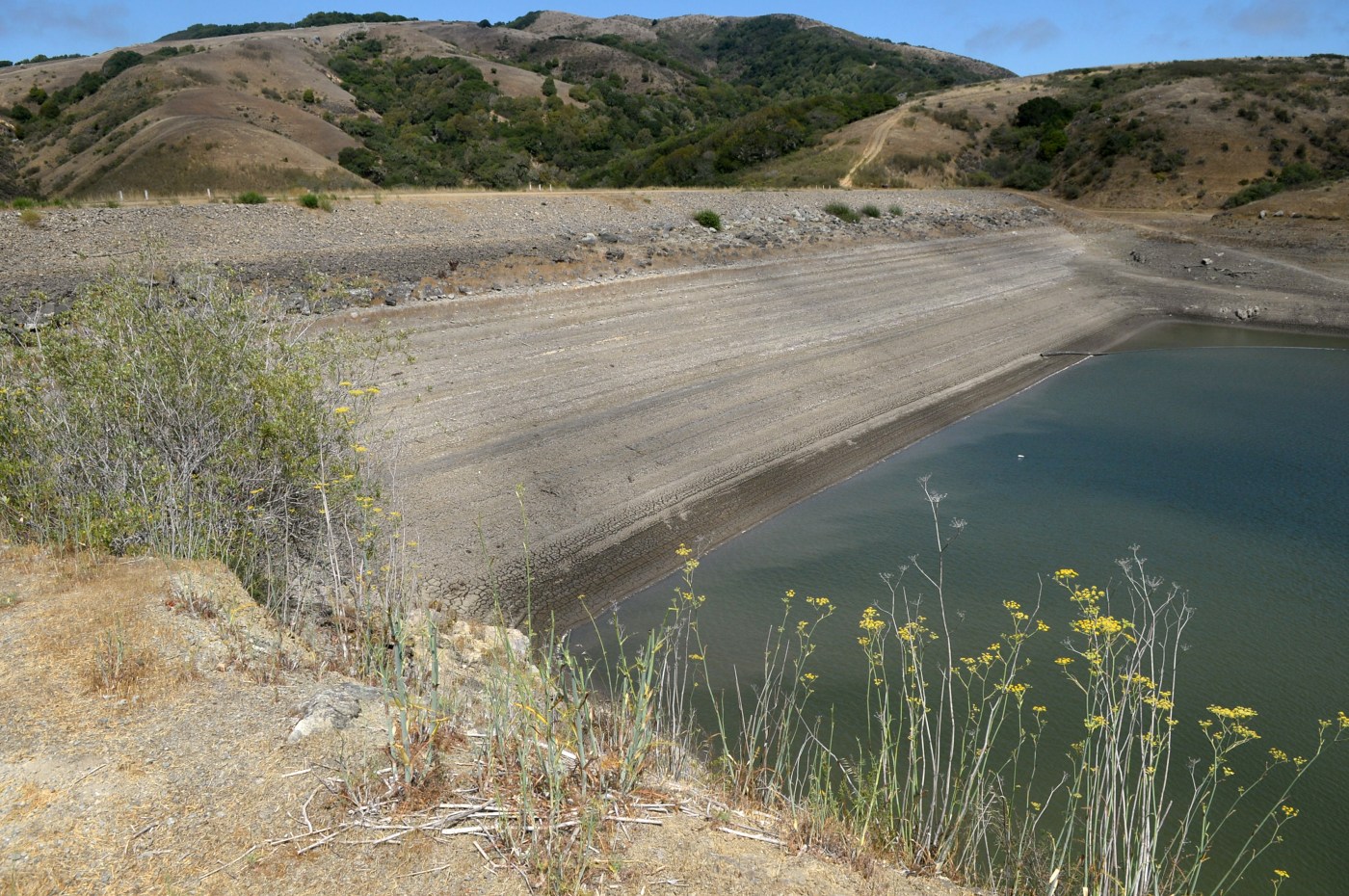 District staff stressed to the board that — unlike other options under review such as desalination and recycled water expansion that can produce a continual flow of water — enlarging reservoirs or building pipelines to outside suppliers does not guarantee water will be available when needed.

“We’re seeing conditions and have seen conditions the last two years that could make that prospect very challenging,” district official Paul Sellier told the board.

The district, which serves 191,000 central and southern Marin residents, launched the water supply study after facing the possibility the drought might deplete its reservoirs. Rains in late 2021 nearly refilled the reservoirs, giving the utility time to study ways it can augment its supply.

The study projects that the district will need 3,000 to 11,700 acre-feet of additional water each year to weather prolonged droughts, extreme short-term droughts, natural disasters and increased water demand.

The remaining 25% of the district’s supply comes from Russian River water from the Sonoma County Water Agency. The district is allowed to draw 14,300 acre-feet per year, but pumping limitations only allow the district to bring in about 11,000 acre-feet.

The district’s seven reservoirs hold about a two-year supply of water compared to the four-year supplies of most major Bay Area water suppliers.

Jacobs Engineering consultant Marcelo Reginato said hydrology records from 1910 to 2021 show that about half the time the watershed has had an inflow of water exceeding 80,000 acre-feet.

“We see that there are opportunities maybe to capture more of this inflow to the reservoirs and also to Soulajule,” Reginato said.

On Tuesday, the board reviewed early cost estimates and water yields of three options to expand local reservoirs: dredging Nicasio Reservoir to add 1,000 acre-feet of capacity; raising the Soulajule Reservoir dam to triple its capacity; and adding adjustable spillways that could allow reservoirs to hold more water.

However, Reginato said adding more space in the reservoirs does not mean the district will get that amount of new supply every year. Factors such as rainfall, runoff, state-required water releases to the environment and evaporation all affect the expected water yield, he said.

“A reservoir project is not like a desalination project that has a fixed amount of flow coming to your system,” Reginato said.

For the study, the district based its cost estimates on the amount of water each project is expected to produce during a severe four-year drought that would combine the conditions of the district’s two worst droughts on record, those of 2020-2021 and 1976-77.

Under this scenario, dredging the Nicasio Reservoir to add another 1,000 acre-feet of storage would provide an estimated 100 acre-feet of extra water per year at a whopping price of $194,000 per acre-foot.

By comparison, the district paid $312 to $457 per acre-foot to treat local reservoir water and about $1,614 per acre-foot to purchase and transport Russian River water to its distribution system in 2021, the latest year of data available.

The high cost for Nicasio is based on the need to dig, truck out and store the dredged sediment. Reginato said there are also risks.

“You’re going to start digging, dredging, moving large amounts of sediments and that could mobilize contaminants that have been settled for a while,” he told the board.

Raising the dam at Soulajule Reservoir by 36 feet to triple the total storage from 10,000 acre-feet to 30,000 acre-feet would yield an estimated 2,800 acre-feet of water per year at a price of $5,900 per acre-foot. The price estimate also includes a $6 million project to link the reservoir pumping equipment to the electrical grid. The Soulajule Reservoir is mainly used as a reserve and therefore is only pumped using generators when needed.

Larry Bragman, a member of the water district board, asked whether the enlarged reservoir would inundate mercury mines that operated in the area before Soulajule was built.

“I don’t think we would face any additional risk at this point,” Sellier replied, but added that the question would need to be examined further.

Adding adjustable gates on dam spillways to allow certain reservoirs to increase water storage elevations by 3 feet would yield an extra 700 acre-feet per year at a cost of $9,100 per acre-foot, according to the study.

Bragman pushed back against some of the cost estimates, stating that they were based on a worst-case scenario yield. He said the district would likely get more water during normal rainfall years, which would reduce the need for it to buy and import more expensive Russian River water and thereby reduce the costs.

“So I think there are some advantages that need to be brought to bear, and need to be studied and considered,” Bragman said.

Some members of the public voiced concern about raising the dam at Soulajule given that the reservoir doesn’t fill to capacity much at all.

The study is also exploring options to import water from the Sacramento Valley either by building a pipeline across the Richmond-San Rafael Bridge or connecting to the North Bay Aqueduct in Napa County to link to the State Water Project.

Last year, the district planned to build a $100 million emergency pipeline across the Richmond-San Rafael Bridge to pump in Yuba County water to avoid running out of water. The project was under an expedited timeline because the district might have run out of water by mid-2022.

With the emergency now gone, building such a project would require more extensive review and “enormous constraints,” Makarand Pendse, a Jacobs Engineering consultant, told the board on Tuesday.

“So these are going to take a long time to build these options,” Pendse told the board. “Could be around eight years by the time we can actually implement these in reality.”

District staff again emphasized that the expected water yield would be contingent upon water supplies in the Central Valley.

“Particularly in a multi-year drought, the number of cutbacks and curtailments by the state, if we had the pipeline, it’s certainly not a given that we would be able to get water,” Ben Horenstein, the district general manager, told the board.

What Would You Do For a Klondike Bar?

Today24.pro
Troy Deeney: With Haaland and Nunez, Man City and Liverpool are so good it’s a joke… the others won’t get close 2023 Audi S3 & RS3 Buyers Guide Is it worth it? How does it compare? Chinese Tourist Hot Spot Sanya Imposes COVID-19 Lockdown The Shins Off-Air Performances