A HAUNTING mystery looms over the body of a young woman who was found dead along a roadside in recent days.

As cops piece together details about her death, officers are using chilling clues to try and identify the woman who they say was likely killed hours before her body was discovered on the side if the road.

The victim’s body was found on the shoulder of a road in Virginia’s Hanover County on the morning of July 21.

While authorities have yet to identify the woman, the Hanover County Sheriff’s Office has provided some physical details about who she was.

The woman is believed to have been between 18 and 20 years old, according to local news station WTVR.

Authorities said she was a black woman and small in stature, coming in at just 4’11 and 102 pounds. 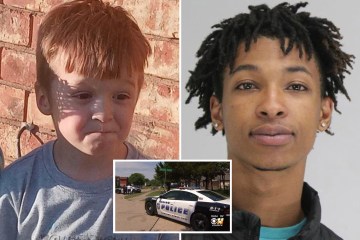 Information has also been released detailing several tattoos on her body, which could be helpful in figuring out her identity.

The woman’s left wrist was tattooed with the word Serendipity and there she also had a tattoo on her left hip that read “it is what it is” tattoo.

Other parts of her body contained tattoos with the words BAD HABITS”, “PACIFY HER” and “LOVE ME.”

Her death is being investigated as a homicide based on findings from the local medical examiner.

A reporter for WTVR said there were “obvious signs of trauma” on the woman’s body when it was discovered.

Law enforcement currently suspects that she was killed in a different location and that her body was later dumped along the road.

Currently, authorities have speculated that she was killed a few hours before she was found, WTVR reported.

Hanover County Sheriff’s Office is actively investigating the homicide case and is asking anyone with information related to the case or to her identity to contact the department at 804-365-6140.

Individuals with information about the case can also contact the Metro Richmond Crime Stoppers at 804-780-1000.

The government will soon hand you $4,000 to buy a used electric car. How to navigate the purchase, according to experts.