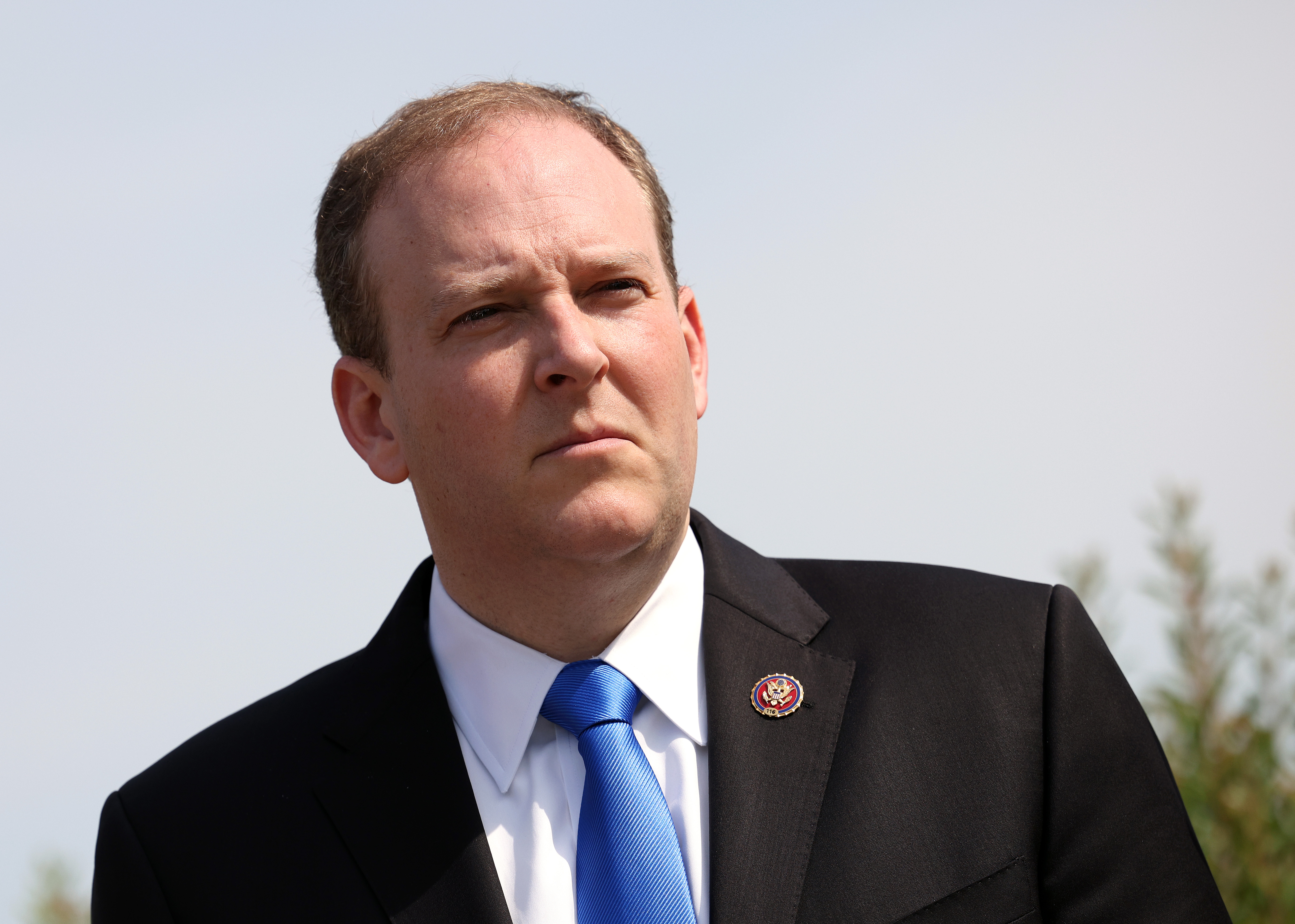 The suspect in the alleged attack of New York Rep. Lee Zeldin was charged Saturday with assaulting a member of Congress with a deadly weapon, a federal crime that carries a maximum sentence of 10 years in prison.

David G. Jakubonis, 43, of Fairport, N.Y., was arrested after an investigation by federal authorities, the U.S. Capitol police and state and local police, according to the Justice Department.

Zeldin, the GOP gubernatorial nominee who is challenging Democratic Gov. Kathy Hochul in November, was speaking at a VFW in Fairport near Rochester on Thursday when a man allegedly attempted to stab him. Video showed Zeldin struggling with the suspect before members of the audience intervened.

According to federal prosecutors, Jakubonis extended a keychain with two sharp points toward Zeldin and grabbed his arm. A struggle then ensued, during which Jakubonis said several times to Zeldin, "you're done,” prosecutors said.

Jakubonis was initially arrested and charged with attempted assault in the second degree, arraigned in local court and released on his own recognizance — prompting criticism from Republicans who said it was a sign New York's bail reforms had gone too far.

Zeldin, who was uninjured, described the weapon as a kind of self-defense instrument someone might carry on a keychain, with “two holes for him to put his fingers through, kind of like as you see with these brass knuckles,” and “two sharp, pointy edges coming out of that weapon."

Jakubonis, an Army veteran who served one tour in Iraq, appeared Saturday in the U.S. District Court for the Western District of New York in Rochester. He is being held in custody pending a July 27 hearing.

Anna Gronewold and Josh Gerstein contributed to this report.