SPECIAL keepsakes can be cherished for years to come or given as a thoughtful gift.

Here are some easy hacks and deals for treasured mementoes that won’t cost a family fortune.

Special keepsakes can be cherished for years to come[/caption]

Use a silicone mould to set the resin. Lakeland, again, has a good selection of shapes and sizes.

You will need to do a base layer before placing your object on top.

Try starting with daisies if you’re not sure what to preserve.

Then add a final layer over the top. You will usually need to leave the resin to set for 24 hours before taking it out of the mould. 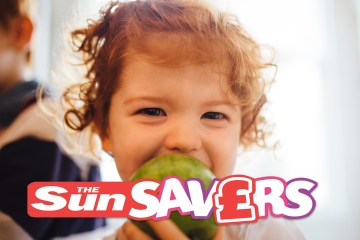 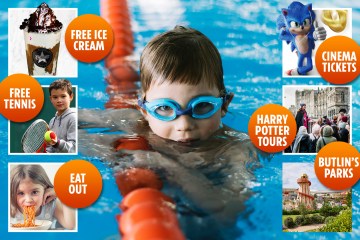 MAKE SOME DOUGH: Create simple homemade ornaments or decorations with salt dough. As an added bonus, this is a great activity for the kids.

Mix 100g plain flour and 50g of table salt with about half a cup of water to make the dough mixture before rolling it out, as you would with pastry or clay.

Mould into shapes or use cookie cutters — Lakeland has a large selection starting from £1.49. You can also capture baby or children’s hand and footprints in the dough.

Bake in the oven on low heat for three hours until the dough has hardened. Leave to cool and then paint as you wish.

MAGNET FOR LOVE: Make your own fridge magnets by decorating a wooden heart with a special name, date or quote. Hobbycraft has a 20-pack of white wooden hearts down to £2.50 in the sale.

Then attach self-adhesive magnetic discs to the back — Hobbycraft has a six-pack for £2.50.

NO SKILLS REQUIRED: Not feeling crafty? No worries, Etsy sells wooden star keyrings that can be customised with names and dates for 99p.

Not On The High Street sells etched birth flower necklaces, down from £20 to £5 in the summer sale. And personal quotes can also be made into prints on the site, starting from £3.16.

Deal of the day

COOL down with this 18-pack of fruit shoot ice pops for just 1p, from the usual price of £1, at Poundshop.com. Only one pack per order.

Nourish tired tresses with this banana and shea hair mask[/caption]

NOURISH tired tresses with this banana and shea hair mask from Superdrug, £2.49 for loyalty card members.

The deal is for two weeks after one of the chain’s restaurants reopens. Wembley, Birmingham and Ashton Moss have all had an upgrade, with more locations to follow.

Grab two pizzas, two sides and one dip at Sainsbury’s as part of a meal deal for £10[/caption]

FANCY a fakeaway? Grab two pizzas, two sides and one dip at Sainsbury’s as part of a meal deal for £10.

ASDA has extended its kids eat for £1 offer in cafes until the end of the year. No minimum spend is required.

JOIN thousands of readers taking part in The Sun Raffle.

Every month we’re giving away £100 to 250 lucky readers – whether you’re saving up or just in need of some extra cash, The Sun could have you covered.

The more codes you enter, the more tickets you’ll earn and the more chance you will have of winning!

How the FBI Search Revived Trump

What is that? Likely gustnado spotted in Central Texas

Today24.pro
Kate Middleton will take on tennis legend Roger Federer at secret location to raise money for charity 10 Over The Top Boss Moves We DID NOT SEE COMING How Charlize Theron and KiKi Layne Spar in The Old Guard Anatomy of a Scene Matthew Judon Fed Up With Joint Practices? Twitter ‘Like’ Hints Feelings