MAN United players are being offered five-star meals on wheels so they do not pile on weight this season.

They can book them with club chefs and have them delivered to their mansions.

United advertised for a first team head chef last month and a source said: “The facilities at Carrington are now more like a Michelin-starred restaurant as opposed to an old-fashioned canteen.

“There is even a steak room. The players need to stick to their diets so the chefs are happy to make meals and get them delivered to any player that wants them.”

Many aces own £250,000 designer kitchens, while players such as Cristiano Ronaldo have previously hired private chefs. 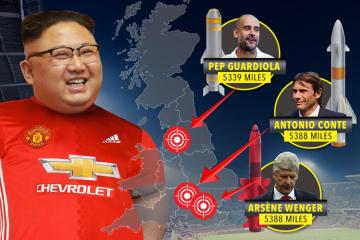 kim on you reds

But the source added: “Some are young, live alone and are much more confident on the pitch than in the kitchen.”

Today24.pro
Behind The Scenes Of The Sandman 10 Over The Top Boss Moves We DID NOT SEE COMING Kate Middleton will take on tennis legend Roger Federer at secret location to raise money for charity How Charlize Theron and KiKi Layne Spar in The Old Guard Anatomy of a Scene