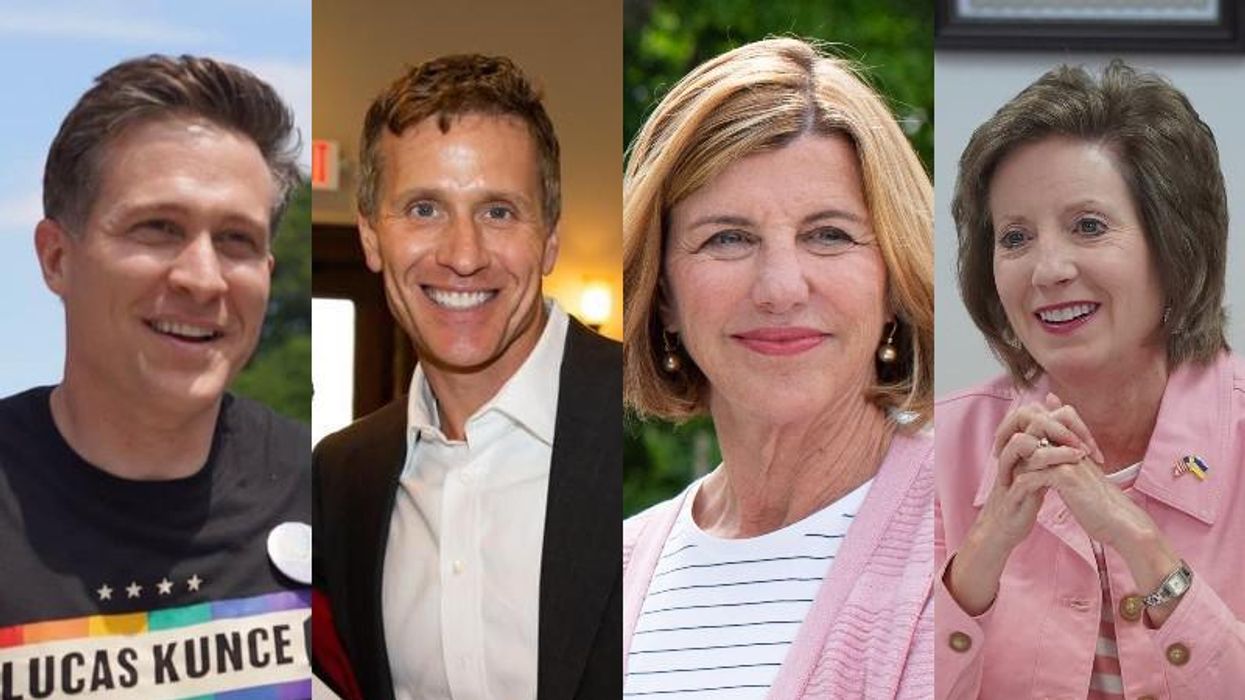 The first two weeks of July saw an avalanche of spending in the Missouri Senate race, with new political action committees joining the fray and the two top-spending Democrats expanding the markets they are mining for votes.

Pre-primary reports to the Federal Election Commission, covering the period from July 1 to July 13, were due Thursday. Those reports, along with daily independent spending reports, show the total cost of the race is now almost $43 million.

The last round of reports, which covered the period through June 30, showed spending was just under $30 million as the month began.

Television advertising continues to consume the greatest share of spending. The Independent’s ad sale tracking shows spending on full-power stations at $16.4 million as of Friday, up about $1.7 million since last weekend.

One of the biggest non-television campaigns is being run by Americans for Prosperity Action, which has pumped $1.6 million into a get-out-the-vote campaign on behalf of Attorney General Eric Schmitt, who is seeking the GOP nomination.

The biggest spender in the race continues to be Show Me Values PAC, which has used more than half of the $7.4 million it has spent on television ads attacking another GOP Senate contender, former Gov. Eric Greitens.

There are two PACs that have made ad buys promoting Greitens – Team PAC and Missouri First Action – spending about $2.2 million total, but neither has large sums remaining to match the opposition campaign.

Of the candidates – 21 on the Republican side and 11 in the Democratic primary – only three Republicans and two Democrats are buying broadcast television ads.

Schmitt, who is only buying time in St. Louis, is the only candidate who has reduced some of his purchases. Schmitt canceled $77,925 in ads and reduced other buys by $78,405, cutting his total purchase for the St. Louis market to $386,000.

An independent PAC, Save Missouri Values, has been buying time in support of Schmitt throughout the state, spending $2.9 million on TV time and $5.1 million overall.

Save Missouri Values, which like other PACs can accept unlimited donations, took in $443,000 in the first two weeks of the month and had nearly $2 million on hand as of July 13.

Schmitt’s campaign, which must abide by the $2,900 per person contribution limit like other candidate campaigns, raised $81,804 in the first two weeks of the month and spent $538,000. Schmitt’s campaign treasury had just over $1 million for the final push to the Aug. 2 primary.

U.S. Rep. Vicky Hartzler and state Senate President Pro Tem Dave Schatz are the other two GOP candidates purchasing air time. Hartzler has made a few recent purchases, bumping her total TV spending to $1.4 million, while Schatz, who put $2 million of his own money into his campaign, has not made a new ad buy since June.

There have been no public polls of the Republican race since late June, when Trafalgar Group showed Hartzler, Schmitt and Greitens in a statistical dead heat.

On the Democratic side, Anheuser-Busch beer heiress Trudy Busch Valentine is outspending rival Lucas Kunce by almost 5-1 on television ads. Fueled by $4 million from her personal fortune, Valentine has spent $1.9 million on TV ads.

Kunce, who has raised $4.7 million, the most of any candidate committee and mainly in small donations, has increased his ad spending to almost $400,000, but is also spending large sums on digital advertising and other media.

Valentine, who made her initial ad buys in St. Louis and Kansas City, has added the Springfield and Columbia markets, often buying ads at a station a day after Kunce.

The only PAC buying ads in the Democratic race is the MissourI Voices Action Fund, which was formed last fall. It has spent $75,000 in the St. Louis market targeting Valentine.

In the three hotly contested Congressional primaries, spending has also picked up in recent weeks and PAC spending is also ramping up.

In the 1st District, where incumbent U.S. Rep. Cori Bush is being challenged by state Sen. Steve Roberts in the Democratic primary, spending by the two campaigns has topped $2.2 million, the bulk of it from Bush.

In the 4th District, where seven Republicans are vying for the nomination to replace Hartzler, PACs are stepping in with big spending as the primary approaches.

Mark Alford, a former Kansas City news anchor, has benefited from $271,000 in ads in the Kansas City market purchased by a PAC called American Dream Federal Action, which focuses on economic and national security issues.

Alford’s campaign also has the largest television ad purchase in the district.

The School Freedom Fund, a conservative group opposed to critical race theory and COVID-19 restrictions in schools, is attacking Alford and promoting state Sen. Rick Brattin with a $1.1 million ad buy in the Kansas City market.

In the 7th District of southwest Missouri, former state Sen. Jay Wasson is the biggest spender, at just over $1 million, and he has the biggest ad buy, almost $350,000. But Wasson is also the target of one of the biggest PAC ad campaigns in the district, a $659,000 by Club For Growth Action that tries to label him as “Romney Republican wrong for Congress.”

The only other Republican with a six-figure TV buy in the 7th District is state Sen. Eric Burlison, whose campaign has spent $192,000 on ads. Burlison, along with state Sen. Mike Moon, are targets of a PAC called Conservative Americans, which has spent $470,000 to attack them on state budget votes and saying they “sided with defund the police liberals.”