TOM ASPINALL’s stunning surge up the UFC heavyweight ranks came to a screeching halt thanks to a horrific knee injury.

The Atherton Assassin locked horns with the No.4-ranked Curtis Blaydes on Saturday night in the main event of UFC Fight Night 208 at London’s O2 Arena.

UFC veteran Blaydes – who has fought a who’s who in the 265lb division – was tipped by many to be the toughest test of Aspinall’s stint in MMA’s premier promotion.

But a nasty knee injury seconds into the eagerly-anticipated main event cruelly robbed Aspinall of the chance to truly test himself against the division’s elite.

A disappointed Blaydes said: “It’s almost like we didn’t fight.”

Aspinall came out aggressive early and landed a huge body kick on the hefty American. 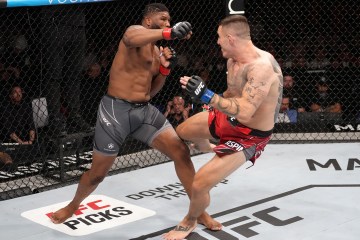 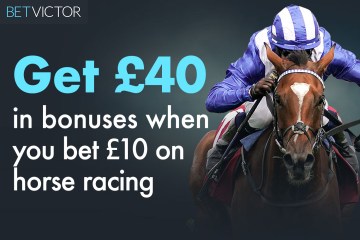 Free bets today: Get £40 BONUS when you stake £10 on horse racing with BetVictor

Blaydes responded with a stiff straight right that caught the chin of the Brit.

Aspinall, however, stayed in the pocket and continued to trade heavy leather.

The Team Kaobon standout then extended the distance between himself and Blaydes to land a heavy leg kick.

The kick landed flush on the target, although it didn’t seem to have a visible effect on Blaydes.

It did, however, have an effect on Aspinall – who collapsed to the canvas after placing it back on the mat.

The man-mountain rolled in agony and waved his hand in front of his face to signal he was unable to continue.

Referee Herb Dean didn’t hesitate to wave off the contest – much to the disappointment of all those in attendance at the O2.

Why rollercoaster rides are faster at the end of the day