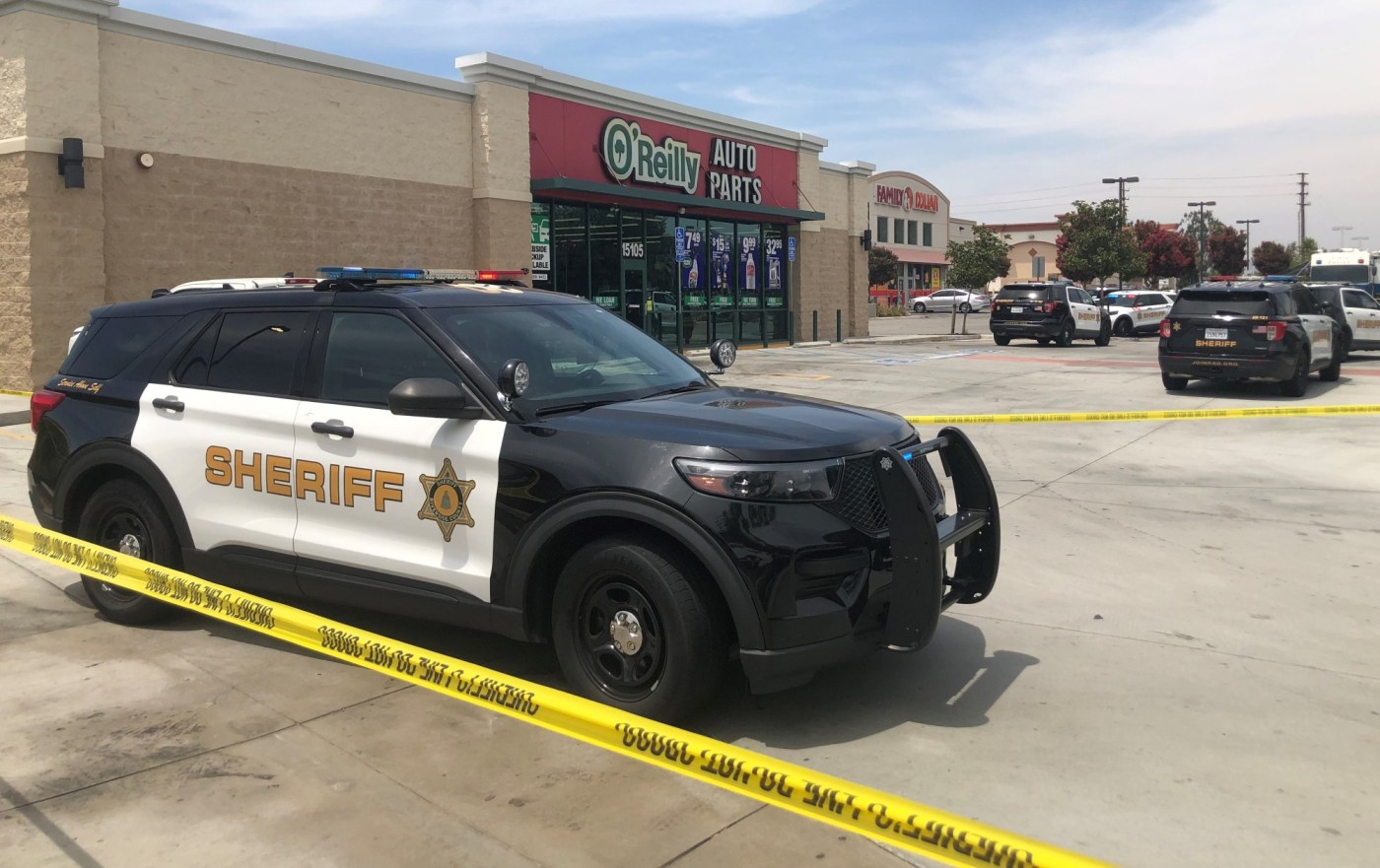 A man who allegedly claimed he was armed and threatened to shoot someone died Friday, July 22, after Riverside County sheriff’s deputies shot at him in a shopping center in Moreno Valley.

Cal Fire/Riverside County Fire Department said Friday that it responded to the late-morning incident in the 15100 block of Perris Boulevard and treated a person who was then taken to a hospital.

Later Friday, the Sheriff’s Department issued a press release describing their version of events. The department said that when deputies arrived at the scene around 11 a.m., a male suspect was seen in the parking lot and claimed to have a gun and had threatened to shoot someone.

“The suspect was uncooperative, refused orders, and during the confrontation, a deputy-involved shooting occurred,” the department’s press release stated.

The department said the man was transported to a hospital, where he was pronounced dead. The identity of the man was not released.

No deputies were injured during the incident, the department said.

Sheriff’s officials did not say whether a gun was recovered.

The department’s press release continued: “The involved deputy will be placed on paid administrative leave according to Department policy and will not be named at this time.”

In a separate press release, California Attorney General Rob Bonta said the state Department of Justice will investigate the shooting and independently review it, as is mandated by state law in such cases.

The DOJ investigates shootings by law enforcement officers in which civilian suspects were unarmed.

The incident began around 11 a.m. after deputies went to the shopping center south of John F. Kennedy Drive on reports of an armed person, said Sgt. Edward Soto, a department spokesman. Soto did not describe the weapon.

“Deputies arrived and contacted the subject, at which time a deputy-involved shooting occurred,” Soto said in an email.

Anthony Love watched investigators work from a gas station parking lot across the street. He said he heard gunfire and saw a shirtless man on the ground.

Southbound Perris Boulevard was closed at JFK for the investigation.

Today24.pro
Matthew Judon Fed Up With Joint Practices? Twitter ‘Like’ Hints Feelings Kate Middleton will take on tennis legend Roger Federer at secret location to raise money for charity Behind The Scenes Of The Sandman How Charlize Theron and KiKi Layne Spar in The Old Guard Anatomy of a Scene