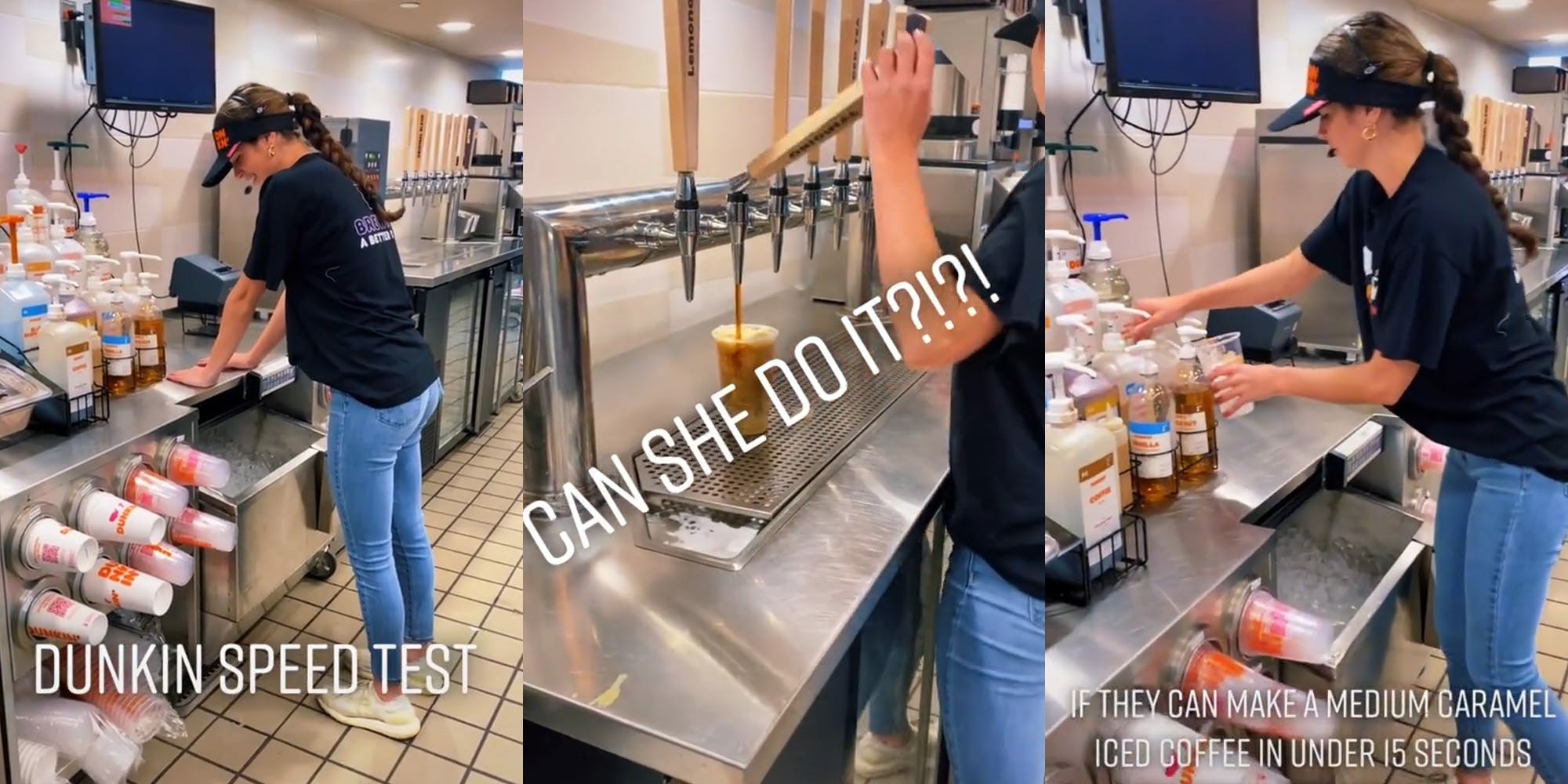 A Dunkin’ location in Kenosha, Wisconsin has gone viral after sharing a clip from a competition they run in-store.

According to the location’s TikTok page (@kenoshamydunkin), the location runs a weekly “speed test” where employees attempt to break their manager’s record for making a medium caramel iced coffee, which is 13 seconds.

While the location has posted several videos on the topic, one employee’s attempt to break her boss’ record went viral, racking up over 1.8 million views.

At first, TikTokers were amazed by the speed at which the employee could make an iced coffee, with many making jokes about how they wished their local Dunkin’ location could achieve the same rapid pace.

“Wow that’s honestly so impressive,” one user wrote. “no spills either!”

“If only they worked this fast normally!” another added.

“Then why y’all take eight years to get my drink ready,” a third questioned.

However, some were critical of the final drink.

“Is this why my order comes out wrong all the time?” a commenter asked.

“Is this why my drink has off days cause y’all doing this,” another queried.

“Ah so this is why it never tastes the same,” a further user stated.

In response to comments like these, management quickly jumped in to remind users that this was a speed competition, not how they actually make drinks every day.

“This is just a fun challenge,” explained the account. “these are some of our top employees who are amazing at their jobs.”

Many commenters simply congratulated the employee, saying she still deserved the gift card even if she didn’t make the time.

Eventually, the Dunkin’ location caved and gave her the gift card.

“Due to all of your support and the amount of attention this video has received, she will get the gift card!” the team wrote in comments.

The Daily Dot reached out to @kenoshamydunkin via TikTok comment.

The post ‘If only my local Dunkin was this fast’: Iced coffee speedrun challenge goes viral on TikTok appeared first on The Daily Dot.

Today24.pro
10 Over The Top Boss Moves We DID NOT SEE COMING Behind The Scenes Of The Sandman Kate Middleton will take on tennis legend Roger Federer at secret location to raise money for charity How Charlize Theron and KiKi Layne Spar in The Old Guard Anatomy of a Scene