A DISABLED passenger was left stranded on a plane and had to be saved by the pilot.

David Judd, 54, has one leg and was abandoned on board his flight home from Spain when airport assistance failed to come and collect him.

David needs to use a wheelchair when he travels and waited on the empty aircraft for 30 minutes it became clear that nobody was coming to help him off.

Speaking to Manchester Evening News, he says that problems arose as soon as he arrived at Manchester Airport ahead of his holiday in June.

“We were there for around 35 to 40 minutes just waiting for someone to come and help us. A staff member turned up and took our suitcases from us and took them to a long queue.”

“The guy at security wanted me to walk through the magnetic thing and said, ‘Can’t you just put your leg on?’. He could see I was in a wheelchair. My wife was left to carry all the bags and my leg which is about 8lbs.”

When David and his wife made their return journey, things got worse.

After everybody else had exited the flight “the pilot came out and said there were no stewardesses left. Then radioed saying there was a guy still here. The other people who had special assistance – they could walk.” 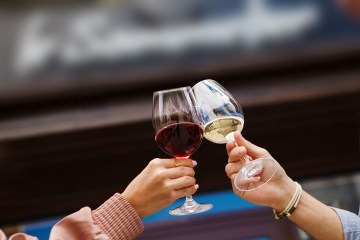 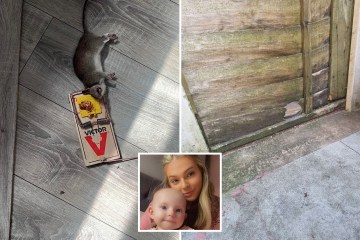 “I had just come back so I couldn’t really put my leg on so I really did need help. After 25 – 30 minutes, the pilot said he could push me on the ramp.”

“They did get a wheelchair from under the plane, but there was no special assistance whatsoever. This was the pilot – the guy that flies a Boeing 737 and he was pushing me in a wheelchair. I thought, ‘My God, how wrong is this?”

David says he is now seeking legal advice after the ordeal “made me feel as insignificant as anyone could possibly feel.”

“We’re meant to be going away in September for an anniversary but I don’t really want to go. I really don’t want that feeling again”, he adds.

A spokesman for Manchester Airport said: “We were disappointed to hear of this passenger’s experience when travelling through our airport.”

“Like airports across the UK, Manchester contracts a third-party company to provide assistance, which is booked directly by the passenger with their airline.”

“We take assistance requirements very seriously and…We remain confident that most people with assistance needs travelling through our airport will have a positive experience, but we recognise that this was not the case here.”

“We will continue to work closely with all involved to ensure passengers requiring assistance receive the best service possible, and to understand how a repeat of this case will be avoided.”

“We always aim to deliver that service with efficiency, respect, and care and regret when passengers experience anything short of these standards.”

“We are actively working with our teams, clients and partners to implement efforts to minimise the impact on passengers as we navigate this phase of the pandemic recovery.”

The statement concluded by saying: “Special assistance providers are one part of a larger network of airport services that continues to face challenges, including a national labour and resource shortage. In addition, our teams are currently experiencing higher volumes of special assistance requests than our busiest pre-pandemic peak.”

He says the ordeal made him feel “insignificant”[/caption]

What is Elon Musk’s net worth as he jokes about buying Manchester United?

CUs’ Sitting on Valuable Crypto Asset — the Ability to Educate