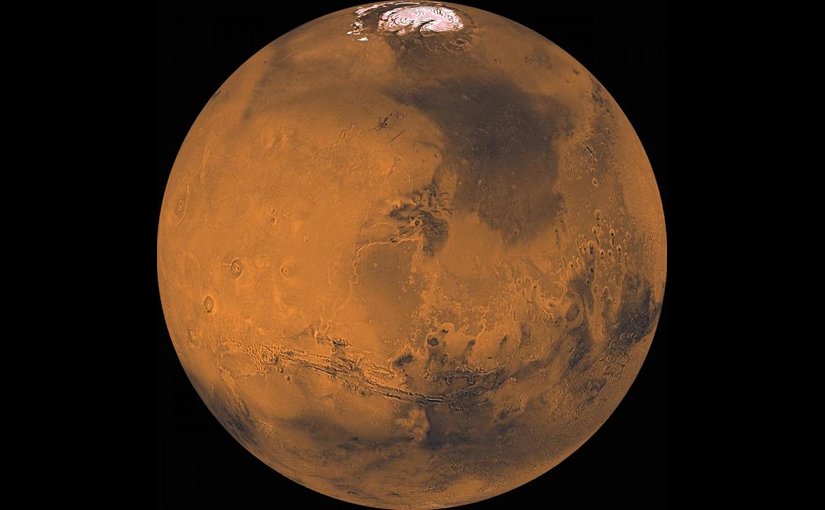 A new study of an old meteorite contradicts current thinking about how rocky planets like the Earth and Mars acquire volatile elements such as hydrogen, carbon, oxygen, nitrogen and noble gases as they form. The work is published in Science.

A basic assumption about planet formation is that planets first collect these volatiles from the nebula around a young star, said Sandrine Péron, a postdoctoral scholar working with Professor Sujoy Mukhopadhyay in the Department of Earth and Planetary Sciences, University of California, Davis.

Because the planet is a ball of molten rock at this point, these elements initially dissolve into the magma ocean and then degass back into the atmosphere. Later on, chondritic meteorites crashing into the young planet deliver more volatile materials.

So scientists expect that the volatile elements in the interior of the planet should reflect the composition of the solar nebula, or a mixture of solar and meteoritic volatiles, while the volatiles in the atmosphere would come mostly from meteorites. These two sources – solar vs. chondritic - can be distinguished by the ratios of isotopes of noble gases, in particular krypton.

Mars is of special interest because it formed relatively quickly – solidifying in about 4 million years after the birth of the Solar System, while the Earth took 50 to 100 million years to form.

“We can reconstruct the history of volatile delivery in the first few million years of the Solar System,” Péron said.

Some meteorites that fall to Earth come from Mars. Most come from surface rocks that have been exposed to Mars’ atmosphere. The Chassigny meteorite, which fell to Earth in north-eastern France in 1815, is rare and unusual because it is thought to represent the interior of the planet.

By making extremely careful measurements of minute quantities of krypton isotopes in samples of the meteorite using a new method set up at the UC Davis Noble Gas Laboratory, the researchers could deduce the origin of elements in the rock.

“Because of their low abundance, krypton isotopes are challenging to measure,” Péron said.

Surprisingly, the krypton isotopes in the meteorite correspond to those from chondritic meteorites, not the solar nebula. That means that meteorites were delivering volatile elements to the forming planet much earlier than previously thought, and in the presence of the nebula, reversing conventional thinking.

“The Martian interior composition for krypton is nearly purely chondritic, but the atmosphere is solar,” Péron said. “It’s very distinct.”

The results show that Mars’ atmosphere cannot have formed purely by outgassing from the mantle, as that would have given it a chondritic composition. The planet must have acquired atmosphere from the solar nebula, after the magma ocean cooled, to prevent substantial mixing between interior chondritic gases and atmospheric solar gases.

The new results suggest that Mars’ growth was completed before the solar nebula was dissipated by radiation from the Sun. But the irradiation should also have blown off the nebular atmosphere on Mars, suggesting that atmospheric krypton must have somehow been preserved, possibly trapped underground or in polar ice caps.

“However, that would require Mars to have been cold in the immediate aftermath of its accretion,” Mukhopadhyay said. “While our study clearly points to the chondritic gases in the Martian interior, it also raises some interesting questions about the origin and composition of Mars’ early atmosphere.”

Péron and Mukhopadhyay hope their study will stimulate further work on the topic.

Péron is now a postdoctoral fellow at ETH Zürich, Switzerland.

Today24.pro
SANDCAST: Deahna Kraft only knows one speed, ‘All in, or nothing at all’ Athletics’ Adrian Martinez will get starting assignment in Seattle Canadian Wood Council mass timber fire test performed as expected McGregor vs. Masvidal chances heating up