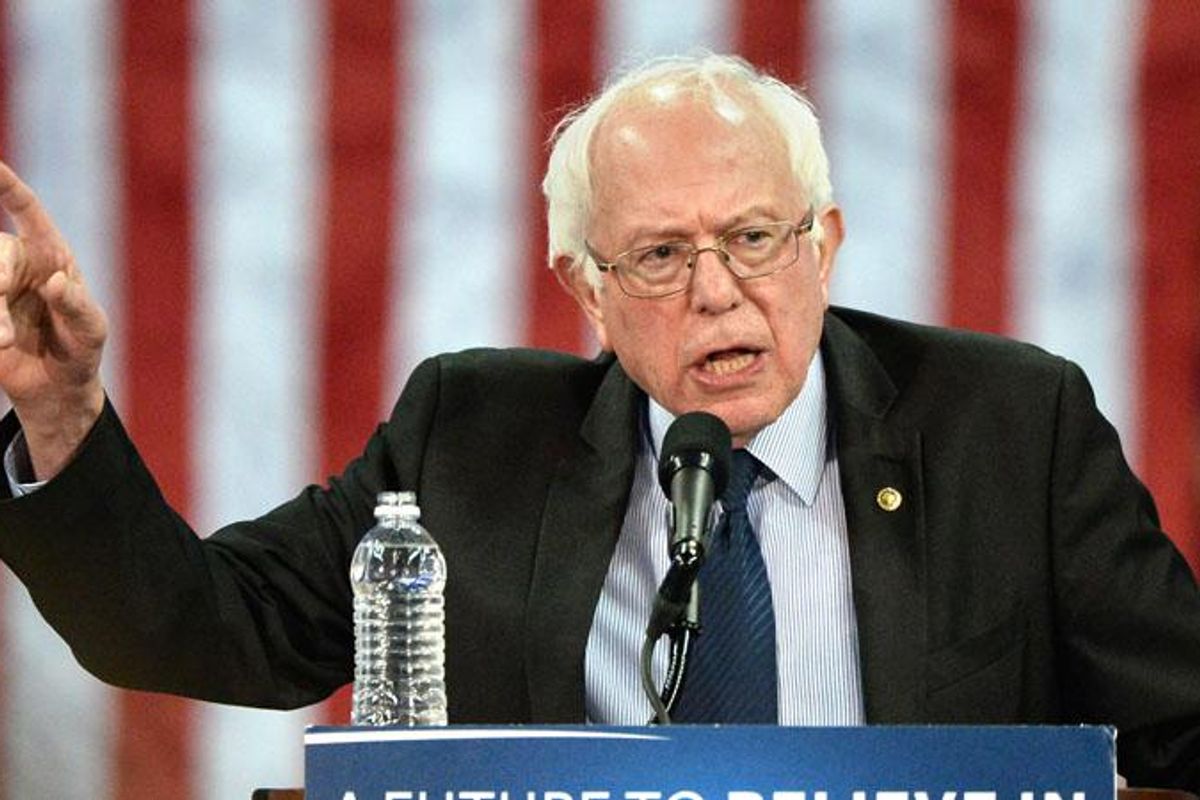 Harmony is not often found between two of the most boisterous senators on Capitol Hill, Bernie Sanders (I-Vt.) and Rand Paul (R-Ky.).

But it was there at Tuesday’s Senate Health, Education, Labor and Pensions Committee markup of legislation to reauthorize the Food and Drug Administration’s user fee program, which is set to expire Sept. 30.

This user fee program, which was first authorized in 1992, allows the FDA to collect fees from companies that submit applications for drug approval. It was designed to speed the approval review process. And it requires reauthorization every five years.

Congress considers this bill a must-pass piece of legislation because it’s used to help fund the FDA, as well as revamp existing policies. As a result, it also functions as a vehicle for other proposals to reach the president’s desk — especially those that couldn’t get there on their own.

And that’s why, on Tuesday, Sanders took advantage of the must-pass moment to propose an amendment to the user fee bill that would allow for the importation of drugs from Canada and the United Kingdom, and, after two years, from other countries.

Prescription medications are often much less expensive in other countries, and surveys show that millions of Americans have bought drugs from overseas — even though doing so is technically illegal.

“We have talked about reimportation for a zillion years,” said a visibly heated Sanders. “This bill actually does it. It doesn’t wait for somebody in the bureaucracy to make it happen. It actually makes it happen.” He then went on for several minutes, his tone escalating, citing statistics about high drug prices, recounting anecdotes of people who traveled for drugs, and ending with outrage about pharmaceutical companies’ campaign contributions and the number of lobbyists the industry has.

“I always wanted to go to a Bernie rally, and now I feel like I’ve been there,” Paul joked after Sanders finished talking. He went on to offer his support for the Vermont senator’s amendment — a rare bipartisan alliance between senators who are on opposite ends of the political spectrum.

“This is a policy that sort of unites many on both sides of the aisle, the outrage over the high prices of medications,” added Paul. He said he didn’t support drug price controls in the U.S. but did support a worldwide competitive free market for drugs, which he believes would lower prices.

Even before Sanders offered his amendment, the user fee bill before the committee included a limited drug importation provision, Sec. 906. It would require the FDA to develop regulations for importing certain prescription drugs from Canada. But how this provision differs from a Trump-era regulation is unclear, said Rachel Sachs, a professor of law at Washington University in St. Louis and an expert on drug pricing.

“FDA has already made importation regulations that were finalized at the end of the Trump administration,” said Sachs. “We haven’t seen anyone try to get an approval” under that directive. She added that whether Sec. 906 is doing anything to improve the existing regulation is unclear.

It would have included insulin among the products that could be obtained from other countries. It also would have compelled pharmaceutical companies to comply with the regulation. It has been a concern in drug-pricing circles that even if importation were allowed, there would be resistance to it in other countries, because of how the practice could affect their domestic supply.

A robust discussion between Republican and Democratic senators ensued. Among the most notable moments: Sen. Mitt Romney (R-Utah) asked whether importing drugs from countries with price controls would translate into a form of price control in the U.S. Sen. Tim Kaine (D-Va.) said his father breaks the law by getting his glaucoma medication from Canada.

The committee’s chair, Sen. Patty Murray (D-Wash.), held the line against Sanders’ amendment. Although she agreed with some of its policies, she said, she wanted to stick to the importation framework already in the bill, rather than making changes that could jeopardize its passage. “Many of us want to do more,” she said, but the bill in its current form “is a huge step forward, and it has the Republican support we need to pass legislation.”

“To my knowledge, actually, this is the first time ever that a user fee reauthorization bill has included policy expanding importation of prescription drugs,” Murray said. “I believe it will set us up well to make further progress in the future.”

Sen. Richard Burr (R-N.C.), the committee’s ranking member, was adamant in his opposition to Sanders’ amendment, saying that it spelled doom for the legislation’s overall prospects. “Want to kill this bill? Do importation,” said Burr.

Sanders, though, staying true to his reputation, didn’t quiet down or give up the fight. Instead, he argued for an immediate vote. “This is a real debate. There were differences of opinions. It’s called democracy,” he said. “I would urge those who support what Sen. Paul and I are trying to do here to vote for it.”

In the end, though, committee members didn’t, opting to table the amendment, meaning it was set aside and not included in the legislation.

Later in the afternoon, the Senate panel reconvened after senators attended their weekly party policy lunches and passed the user fee bill out of the committee 13-9. The next step is consideration by the full Senate. A similar bill has already cleared the House.

KHN (Kaiser Health News) is a national newsroom that produces in-depth journalism about health issues. Together with Policy Analysis and Polling, KHN is one of the three major operating programs at KFF (Kaiser Family Foundation). KFF is an endowed nonprofit organization providing information on health issues to the nation.

Steps' H Watkins On How He Found A Safe Space In Pop Music: 'I Want Everyone Else To Feel That As Well'