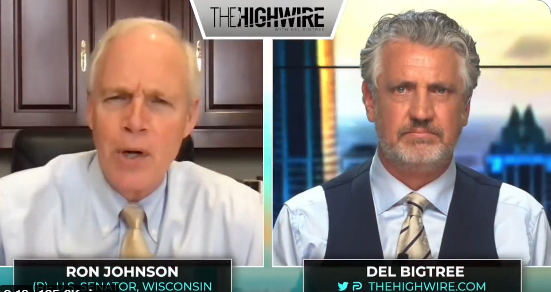 You know it's going to be a bumpy ride when he starts out by smugly saying, "What drives me nuts is when I'm challenged by medical experts..."

Um, yeah. Who are you going to believe? The actual experts or a crackpot who is not an expert in anything except maybe conspiracy theories. Hell, he's not even the expert businessman he likes to claim to be since it was his father-in-law who actually started and supported the company and letting RoJo have an office there to play with blocks or color in his coloring books or whatever they have him doing to keep him occupied.

RoJo then shows the VAERS numbers and immediately jumps to the conclusion that "it's pretty obvious" that over 28,000 people died from Sudden Adult Death Syndrome (SADS) which was caused by the COVID vaccines. No, RoJo, it doesn't show anything like that. We've been over this before.

What that number shows is that 28,000 reported an adverse reaction to the vaccine. It doesn't say that they died. It doesn't say that if they had died, it was because it was SADS. And most importantly, it doesn't even show that the adverse reaction being reported was even related to the vaccine. It could be simply that they thought the problem was the vaccine but in reality they got themselves all paranoid by being foolish enough to listen to a conspiracy spewing dumb ass such as a certain Republican senator. we all know but don't love..

Today24.pro
Canadian Wood Council mass timber fire test performed as expected SANDCAST: Deahna Kraft only knows one speed, ‘All in, or nothing at all’ Athletics’ Adrian Martinez will get starting assignment in Seattle Christian Thun faces Curtis Harper on July 9 ProBoxTV card in Florida