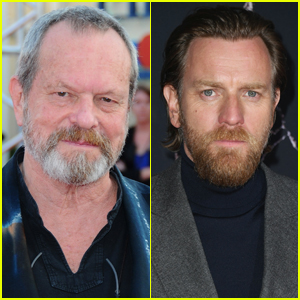 Ewan McGregor is recalling some some harsh criticism he got from Terry Gilliam.

The 51-year-old Obi-Wan Kenobi star was tapped to replace Johnny Depp in the long-awaited film, which would follow an advertising executive who travels back in time to meet the real Quixote.

In an interview with GQ, Ewan revealed that when Terry approached him to lead the script 20 years after the film was supposed to be made, the director had some strong thoughts on the actor’s career.

The comment came well into his career, after he had starred in the Star Wars prequel films. “It was quite rude. It’s rare that somebody challenges you. But it stuck with me,” he added.

He went on to drop out of the film in 2012 and the role ultimately went to Adam Driver.