IF it’s true that it’s easier to focus on what matters most in life when you’re not surrounded by clutter, then cleaning up should be at the top of everyone’s priority list.

A YouTuber and minimalist expert has just revealed his list of things people should consider throwing away immediately – starting in the kitchen.

Joshua Becker’s video about decluttering has already pulled in over a million views.

People are looking for advice when it comes to making household improvements that reflect more of a minimalist lifestyle.

10 items to throw out ASAP

The first item Joshua tells his viewers to throw out is any expired food they might have in their fridge or cabinets.

He says: “Expired cans of food, expired spices, expired condiments… Find them and get rid of them.” 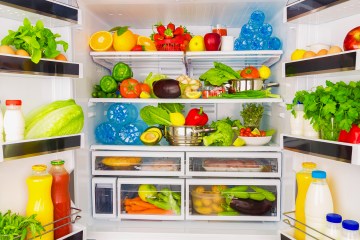 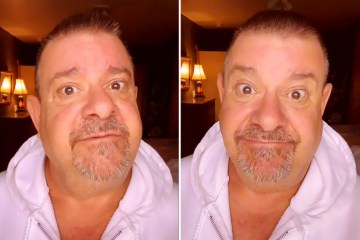 The second thing you should toss out is all the clothes you no longer wear.

“Most people have items in their closets, drawers, [and] in shelves… things they’ve just stopped wearing. Move on, free up the space.”

Next up to hit your dumpster should be unused puzzles and games, according to Joshua.

He says: “[If they’re] missing pieces, or you stopped playing them decades ago… you can get rid of them.”

Old electronics, cables, and cords should also be thrown away.

In Joshua’s opinion, duplicate cookware can be put into the garbage immediately too.

“How many bowls of Tupperware and unmatching lids do you need?” he asks.

Duplicate items in your kitchen can be thrown away, according to Joshua[/caption]

“Get rid of the duplicates. Free up space in your kitchen. Cooking will become a lot more fun.”

Old and worn-out linens have no place in your home either, Joshua advises.

“There are a whole bunch of animal shelters in your area that could use those linens,” he says.

He also suggests getting rid of old luggage cases and suitcases.

“Get rid of the luggage you don’t need. Maybe your family has changed sizes, maybe you replaced the old ones, [or] maybe you just don’t travel as much as you used to,” Joshua says.

Unused boxes should also be immediately thrown away.

“Boxes tend to not shut down very easily. They tend to take up a lot of space,” he explains.

It turns out that personal care items that you no longer use belong in the trashcan also.

Joshua says that expired makeup should be tossed out immediately[/caption]

The last thing on Joshua’s list are books you aren’t planning to pick up and read again in the future.

He acknowledges that it might be difficult for people to part ways with their book collection for emotional reasons, but it can be quite beneficial in terms of decluttering.

He says: “Take the books to Good Will or a local library.”

Many people in Joshua’s comment section are extremely grateful for his decluttering suggestions.

One person wrote: “Joshua, I can’t believe how each one of your ten recommendations was spot on for me! I’ve been slowly going through a purging process in our home.”

“Practical tips and a good reminder that going through things usually enables us to find more items to donate, repair, give away or discard,” another person commented.

Suriname gives ‘hope and inspiration to the world to save our rainforests’: UN chief