REMEMBER when policemen, looking about 12, used to solve crimes?

When they’d gamely arrest baddies while clutching no more than handcuffs and a little black truncheon?

Stephen and Jennifer Chapple were killed by Colin Reeves following a long-running parking dispute outside their Somerset homes[/caption] Reeves called 999, telling the operator: ‘I went round with a knife. I’ve stabbed both of them’[/caption]

Today, gone are the truncheons — in their place fetching rainbow helmets, and maybe thicker trousers to help ease the physical toll of taking the knee.

Our first responders aren’t so much responding — rather sitting at home thinking, abstractly, about responding.

It’s emerged cops failed to solve a single burglary in nearly half of the country’s neighbourhoods over the past three years. 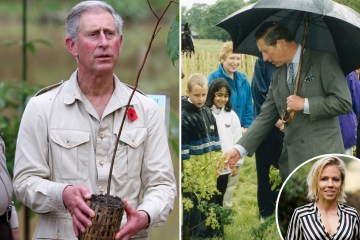 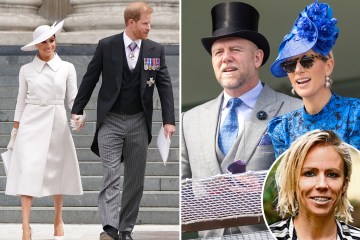 Meanwhile, in the West Country, armed police failed to respond to a fatal stabbing for over 20 minutes — because a “risk assessment” was being carried out.

Collin Reeves, a former soldier, was found guilty of killing Stephen and Jennifer Chapple, following a long-running parking dispute outside their Somerset homes.

Reeves, it emerged, called 999, telling the operator: “I went round with a knife. I’ve stabbed both of them.”

Yet officers of Avon and Somerset Police arrived in “around 20 minutes” because they needed to “risk assess”, the force’s Detective Inspector Neil Meade claimed.

This wasn’t a 13-year-old girl nicking some Maybelline from Boots.

This was murder. Terrifyingly, detectives are increasingly investigating rapes and killings from home.

Several forces now have official “hybrid working” policies, allowing officers to carry out inquiries without leaving the comfort of their DFS sofas.

Famously, civil servants are also enjoy-ing the comfort of their padded Peloton seats a little too much.

The aptly named Blob are still refusing to turn up to the office to actually implement any government policing policy.

Burglars, rapists, muggers — they’re not lounging around in their comfy velour tracksuits and slippers, watching Lorraine.

No, they’re terrorising the streets of Great Britain. The very same streets our police force should be marauding, too.

After blowing half a million quid on Partygate — and giving Boris Johnson a £50 fine for so much as eyeing up a slice of Colin the Caterpillar cake — now cops are going soft on shoplifters.

Last month Andy Cooke, the new Chief Inspector of Constabulary, suggested the police should use “discretion” when deciding whether to prosecute shoplifters, amid the cost-of-living squeeze.

So much for good cop, bad cop — this is literally no cop.

Sod it. Let’s all loot Lidl.

The clue is in the name. So, then, if you report a burglary to 999, an officer is unlikely to come to your house to investigate.

But if, on TikTok, you question someone’s decision to self-identify as, say, a pumpkin, six officers and three squad cars will probably turn up on the doorstep and blue-light you to the station.

Over the past couple of years, we’ve seen police taking the knee for the divisive political organisation Black Lives Matter.

An organisation which, it turns out, has given millions to family members and cronies.

We’ve seen them dancing to Run- DMC’s It’s Like That, in one of the country’s most crime-ridden areas.

We’ve seen them offering Insulate Britain cups of tea, as the muppets glue themselves to motorways.

And, during Covid itself, we saw them apprehending a woman sitting on a bench drinking a coffee by the seaside.

There are so many brilliant, dedicated policemen and women around the country — let them police.

No one wants the Old Bill spending their days just filling in forms, or taking diversity courses.

Never mind the 999 emergencies, a woke police force is potentially the greatest emergency of them all.

GORDON BROWN has recounted a 2006 meeting in Moscow with Vladimir Putin, in which the tyrant made him sit “in a very low seat so that I was looking up at him”.

Quite the power play by Vlad.

While I haven’t had a tete-a-tete with an even mildly terrifying tyrant, I have had a one-to-one with Naomi Campbell.

On one occasion, as we were being photographed together on a red carpet, I politely asked if the 5ft 9in supermodel, in towering heels, could “stoop a little”.

Her reply contained an F-word. And a negative.

Another encounter saw her make my pal perch on a stool three inches from the ground while she lounged in a throne, three feet above him.

He spent the entire, humiliating encounter staring at her knees.

The pair performed together on stage, with the singer proudly telling the crowd, “I ask them to sing with me all the time and they won’t”, before adding: “They’re my favourite duet partner.”

In the words of my dad, Stephanie*: “What is this young person obsession with sex?”

IN last week’s column, I #humblebragged about jetting off to Turkey – joking I may not get there as I was flying easyJet.

Yup, thanks to the buffoons in orange and white, my flight home was delayed by 22 long, miserable hours.

After making us board the plane at 11.30pm, it sat there, unmoving, on the runway – before we were told we’d missed our flying slot and would have to disembark. In an hour’s time.

One man with heart issues was initially refused water because it would have meant him going back through security to get a bottle.

On the eventual return flight, they had no hot food, and could serve only Pringles, muffins or chocolate.

Doing their bit for the obesity epidemic, too, then.

Obviously, there has been no talk of refunds, and customer “service” is proving quite the oxymoron.

AS a Turkey side note, the holiday itself was glorious – and my hotel beautiful.

Only one complaint – the bathroom situ. What is it with trendy spa hotels, and glass-fronted, stable doors?

No one, literally no one, wants their partner to hear them peeing like Desert Orchid next door.

IF the Government really wants to crack down on young people smoking, it should forget price hikes, and those godawful pictures of addled ol’ lungs, and just hire Kate Moss as their poster girl, below as she might look

The 48-year-old reformed party girl has given up the booze but remains a slave to her beloved fags.

Which, from her pursed lips like Dot Cotton is all too evident.

FINALLY, some good news in the world of women’s sport.

That it’s taken so long for a scintilla of common sense is another matter.

But still . . .  It means that poor Lia Thomas – the trans US college swimmer who’s become the unwitting face of this whole, undignified row – will not realise her dream of competing at the 2024 Olympics.

Really, there are no winners in this whole, sorry saga.

Except, maybe, a biological female in the 50-metre sprint.

WHAT is it with Russians and sport?

Evidently, Ms Dzalamidze forgot about the time she was proudly photographed clutching a Russian flag.

Although, of course, the poor creature was doubtless bullied into it by her Muscovite repressers.

Today24.pro
Fulton vs Akhmadaliev next is a no-brainer, but will we get it? Eblen knew he would beat Mousasi at Bellator 282: ‘I expected it’ Canelo Alvarez blasts ‘a**hole’ Gennady Golovkin as he prepares for third fight with boxing rival Royals vs. Athletics Friday game thread