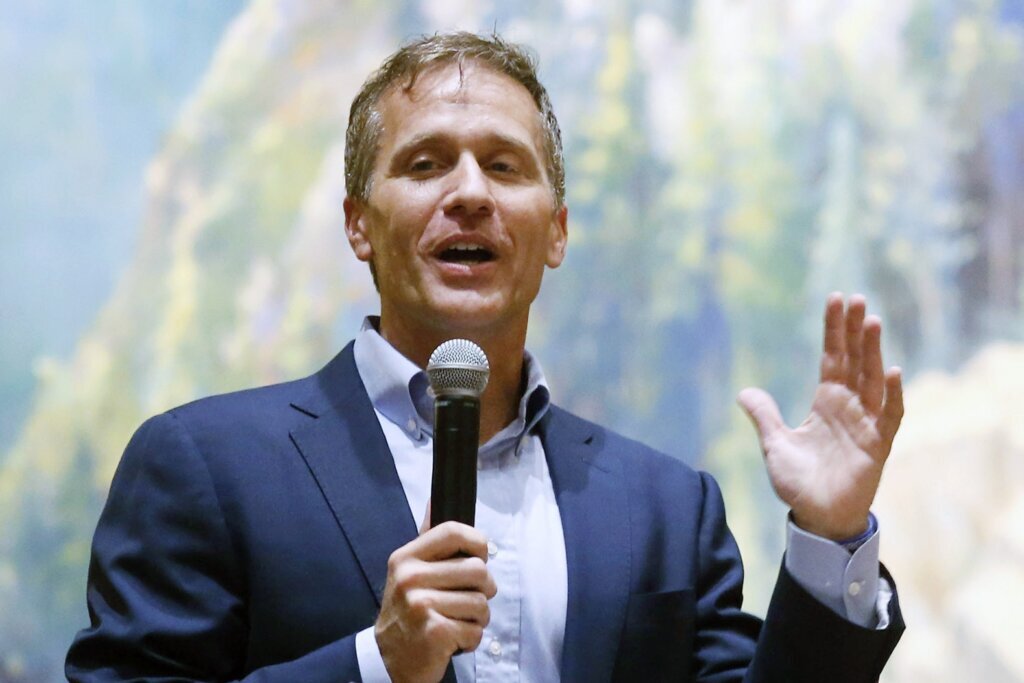 WASHINGTON (AP) — Facebook on Monday removed a campaign video by a U.S. Senate candidate in Missouri for violating “policies prohibiting violence and incitement,” because the ad showed the Republican brandishing a shotgun and declaring that he was hunting RINOs, or Republicans in Name Only.

In the video, candidate Eric Greitens identifies himself as a Navy SEAL and says he’s going RINO hunting. “The RINO feeds on corruption and is marked by the stripes of cowardice,” he whispers outside a building before a tactical unit breaks through a door and throws what appear to be flash-bang grenades inside.

Greitens, a former Missouri governor who resigned in disgrace in 2018, enters through the smoke and says, “Join the MAGA crew. Get a RINO hunting permit. There’s no bagging limit, no tagging limit and it doesn’t expire until we save our country.”

The video comes at a time of renewed focus on gun violence and violence in politics following fatal mass shootings and threats to government officials. Two weeks ago, a man carrying a gun, a knife and zip ties was arrested near Supreme Court Justice Brett Kavanaugh’s house after threatening to kill the justice.

Facebook wasn’t the only social media company that took action. Twitter said Greitens’ post violated its rules about abusive behavior but said it was leaving it up because it was in the “public’s interest” for the tweet to be viewable. The company’s move prevented the post from being shared any further.

Greitens’ campaign did not address the action taken by the two social media companies.

“If anyone doesn’t get the metaphor, they are either lying or dumb,” campaign manager Dylan Johnson said in a brief emailed statement.

The ad comes at a time when Greitens is trying to move past graphic allegations of domestic abuse, which were made in a sworn affidavit filed by his ex-wife in the former couple’s child custody dispute.

Greitens stepped aside as Missouri’s governor in 2018 amid a scandal involving accusations of blackmail, bondage and sexual assault. Sheena Greitens has alleged that, at that time, Eric Greitens was physically abusive and demonstrated such “unstable and coercive behavior” that steps were taken to limit his access to firearms, court documents state.