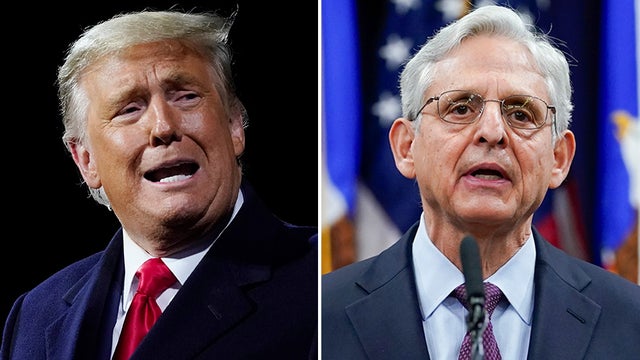 We are living in a worrisome time, in case you didn’t know. I met a woman in the fitness center of my Paris hotel the other day. She said she was from Texas. I asked her who would be her next governor. “Frankly,” she said, “I am worried. I might even move to France.”

I am worried too, about our foreign policy and domestic economy. But, as a lawyer, I find that my worries focus on the rule of law. I was trained as a prosecutor believing that justice would be vindicated without fear or favor. I thought that the Jan. 6 committee’s revelations would make former President Trump’s indictment inevitable, even with a timid attorney general like Merrick Garland.

Six in 10 Americans, according to new polling, think Trump should be indicted for his role in the Jan 6 melee. Still, nothing happens.

I thought the story about Trump’s admission that he lost the election, told by former

Trump aide Alyssa Farah, might persuade some influential Republican to repudiate the “Big Lie.” Apparently not.

The evidence, masterfully captured and presented by the Jan. 6 committee, elicited that Trump was advised it would be illegal for Vice President Pence to reject the certified vote from the swing states, and throw the election to the House of Representatives. Yet, Trump and his claque pushed this vacant theory, pressuring Pence for months to do just that.

And, the Georgia case, the famous “find me 11,780 votes” telephone conversation between Trump and Georgia Secretary of State Brad Raffensperger, has apparently been lost in the shuffle. Former Watergate prosecutor Nick Ackerman may well be right that Trump has “zero” defenses to the felony of trying to steal Georgia’s 16 electoral votes on Jan. 2, 2021. The attempted theft is on tape. You don’t need much more evidence to indict.

The wheels of justice are said to move slowly, but here they are moving at a snail’s pace. Weeks are becoming months; months, years. The clock is ticking while the Georgia grand jury dithers with witnesses.

Delay always redounds to the benefit of a high-profile defendant in a criminal case. Memories grow dim. Witnesses disappear. The jury wonders what took the prosecutor so long if there was really something to be excited about. And then, there is the factor that the public may just be bored with it all.

A famous prosecutor once said that the “secret of effective advocacy” is to get on the right side. But a great lawyer cannot be afraid to lose. The Department of Justice is reportedly afraid of the political unrest that might flow from a Trump indictment or a possible Trump acquittal. That’s the risk Attorney General Garland must take to vindicate the rule of law and preserve our democracy. While he says he will follow the law and the facts, Garland seems to be guided by neither. Trump’s participation in the Jan. 6 conspiracy seems easy to prove in a court of law, particularly before a D.C. jury.

The problem is the banana republic argument. We are not a country that indicts its former rulers. If Trump beats the rap, as he did in New York, it will be because no one has the fortitude to take him on. And, if this is so, we truly are a banana republic.

J. Michael Luttig, the former federal judge who George W. Bush thought was too conservative for the Supreme Court, phrased the issue so eloquently when he pleaded for an American renewal of the two-party system:

I take his warning very seriously, as must we all. But lots of luck. A coming together is not likely to occur any time soon.

Trump’s comeuppance, as Senate Minority Leader Mitch McConnell (R-Ky.) observed on Feb. 13, 2021, is left to the prosecutors and the courts. "We have a criminal justice system in this country,” he said, “And former presidents are not immune from being accountable …."

Most Republicans don’t seem particularly upset by an assault on our Constitution and our democracy. Instead, the GOP is bordering on lunacy in its pursuit of raw power.

There is something rotten in the state of Texas — and the madness could readily metastasize. Consider the far-right platform planks just approved by the Texas Republican Party, rejecting, among other things, “the certified results of the 2020 Presidential election.”

No wonder the Texas woman I met in the fitness center is worried. Trump complains that the Jan. 6 committee has denied him due process, the right of confrontation of witnesses and to tell his side of the story. In some sense, he is right. Garland should indict him. So should Fani Willis, the Fulton County, Ga., prosecutor who is also weighing a racketeering case. The Constitution would then guarantee him a lot of due process.

James D. Zirin is a former federal prosecutor in the Southern District of New York.

Chronic Migraines among women: Everything you need to know