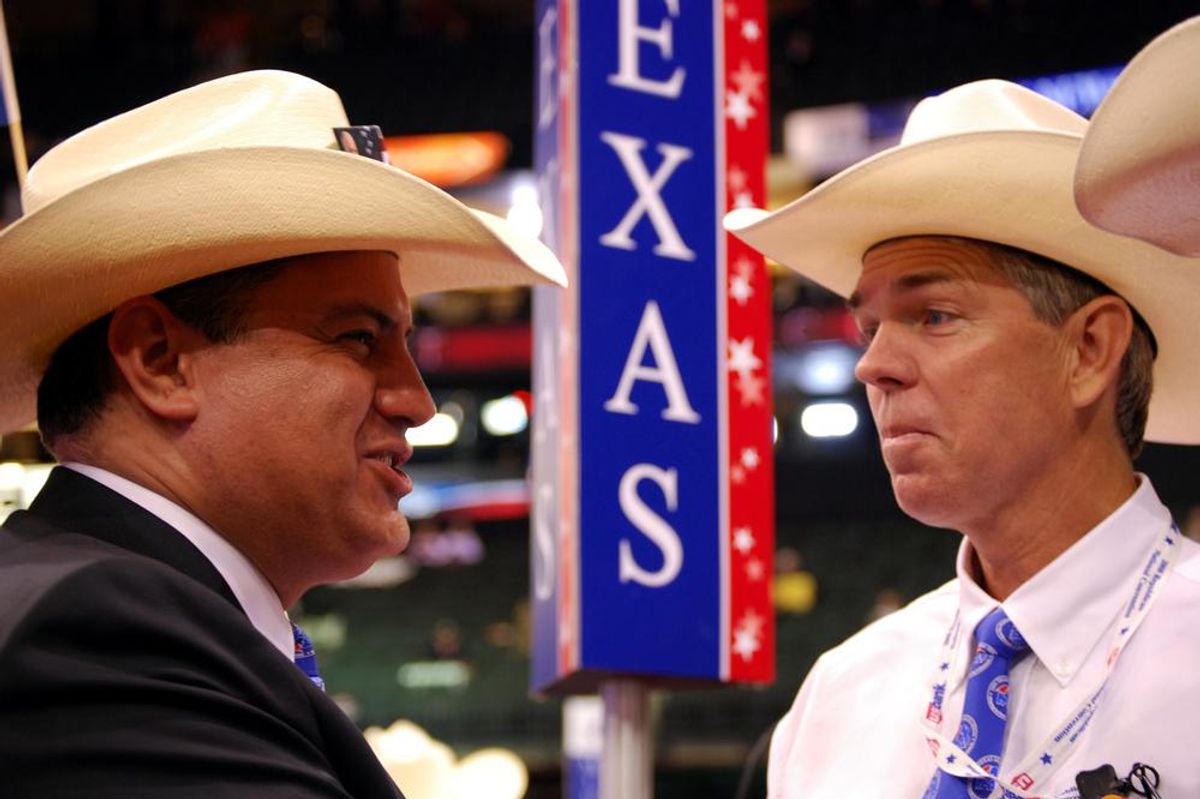 The Texas Republican Party over the weekend voted in favor of a platform that refused to recognize the legitimacy of President Joe Biden's 2020 victory, while also declaring that homosexuality was an "abnormal lifestyle."

Appearing on CNN Monday, conservative commentator Margaret Hoover acknowledged that the Texas GOP platform was a significant problem for the party, although she tried to distance it from the views of run-of-the-mill GOP voters.

"The activist base of the Republican Party in Texas is a mob mentality and it has taken over the apparatus that is the GOP infrastructure," she said. "The activist base of the party is different than primary voters in Texas, self-identified GOP primary voters. You see this because Dan Crenshaw just survived a Republican primary contest by 35,000 votes, I mean it wasn't even close."

All that said, Hoover argued Republican leaders needed to do more to steer their party in a more sensible direction.

IN OTHER NEWS: ‘She faces a lot of criminal liability’: Legal expert lays out case against Ginni Thomas

"They are nuts," she said of Texas GOP activists. "This isn't a five-alarm fire, this is like an asteroid is coming for Earth if you're in the GOP party in Texas. It's a mess. You really have to take it very, very seriously."

CNN host John Berman then noted that when some establishment members of the Texas GOP showed up to the party convention this weekend, "They were booed."

"They need to stand up against it," Hoover said. "Where is the leadership, the calmer, saner voices that can cool the passions of the masses?"