FANS of Love Island may be shocked to learn that Gemma Owen is not the youngest contestant to have ever appeared on the ITV2 show.

Find out here how old you have to be to apply and who is the youngest ever Love Island contestant.

What age must you be to apply for Love Island?

Anyone over the age of 18 is eligible to apply to appear on Love Island.

There is no upper age limit either, but contestants are usually in their 20s.

So far, the oldest-ever contestants to have entered the villa at 31 years old at the time of appearing on the show are Jordan Ring, Marcel Somerville and Paul Knopps.

Besides the minimum age limit, there are also a number of other strictly enforced rules regarding who can and cannot apply.

These include not being employed by or closely related to someone who is employed by ITV, having a valid passport, and being able to commit to the whole remaining Love Island series.

Ahead of this series, contestants were offered inclusion training covering language around disability, sexuality, race and ethnicity, behaviours and microaggressions. 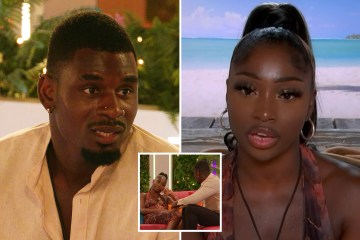 Who is the youngest ever Love Island contestant?

The youngest Islander ever to go on Love Island is Casa Amor’s Amelia Peters, who was 18 years old when she took part in the third series.

However, the teaching assistant failed to make an impression on any of the original boys, despite sharing a bed with Kem Cetinay, and left the show.

In 2015, Bethany Rogers entered the Love Island villa at just 19 years old on Day 14 and was dumped from the island on Day 21.

Find out if Love Island air on Saturdays

Emma Jane Woodham – who made headlines for her bedroom antics with Terry Walsh in season two – was also just 19.

The youngest winners are Amber Davies and Finn Tapp, who were 20 years old when they won the third and sixth series.

Can you still apply to be on Love Island?

If you fancy being the next Molly-Mae Hague or Tommy Fury, you can still apply for series eight of Love Island.

The ITV website states: “ITV2 are looking for vibrant singles from across the UK who want to head to the sun, in search of love! The chosen cast will spend time in a luxury villa, getting to know one another, but to remain in paradise they must win the hearts of the public and their fellow Islanders who ultimately decide their fate on Love Island.

“If you think you’ve got what it takes, then we want to hear from you straight away.”

Homeowner fined £50,000 for fitting new windows to his old house