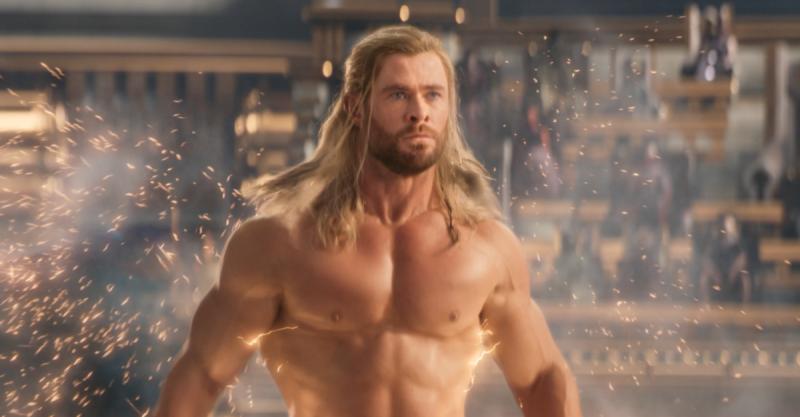 The story of an actor who went from a surfer to a jock.

The Marvel Cinematic Universe announced back in November 2021 a new film about Odin's son Thor: Love and Thunder, but the premiere had to be postponed to 2022 due to the epidemiological situation associated with COVID-19. The actor who played the God of Thunder appeared before the audience in this role back in 2011. Since then, his form has only improved. Rumor has it that this causes dissatisfaction with his understudy, who should not be inferior in physical condition to Chris. For the upcoming premiere, Hemsworth was able to gain even more muscle mass, coming into a truly divine form. Let's tell you how the Australian actor trained and ate.

When Hemsworth was casting for the role of Thor, he was a skinny guy and surfer. For the role, he had to gain muscle mass in just six months. The actor had to visit the gym every day and consume a lot of protein. And he managed to gain 18 kg. Hemsworth also turned to a professional to achieve his goal: coach Luke Zocchi was responsible for his physical form. He developed for the actor a course of intense training from boxing, strength training and cardio.

What does foreign debt default mean for Russia?