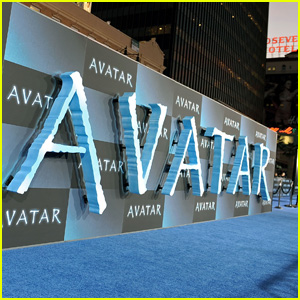 The long-awaited sequel to the 2009 movie is set to be released on December 16.

The James Cameron-directed film, which was originally supposed to open in 2014, will be called Avatar: The Way of Water.

Disney also unveiled new footage of the film at CinemaCon on Tuesday (April 26) at Caesars Palace in Las Vegas.

Attendees were given 3D glasses to watch the trailer, which contained almost no dialogue according to Variety.

The clip found viewers “immersed into different regions across the dazzling world of Pandora through sweeping visuals of the planet’s crystal blue oceans and lakes. The footage also shows the local tribe of Na’vi interacting with various species resembling whales and pelicans, some of which flew through the screen and into audience member’s faces thanks to the three-dimensional technology.”

The movie is set over a decade after the events of the first film and tells the story of the Sully family — Jake, Neytiri and their kids — and the trouble that follows them, the lengths they go to keep each other safe, the battles they fight to stay alive and the tragedies they endure.

The trailer will debut in theaters ahead of Marvel’s Doctor Strange in the Multiverse of Madness on May 6.

Today24.pro
High school scoreboard: Saturday’s NCS, CCS, CIF results in baseball, softball, volleyball, lacrosse, tennis #1 Backyard Weed That Can Replace ALL Your Medications Why are eating disorders so hard to treat? - Anees Bahji The 2022 Audi S3 Is a Fun Sport Sedan that Rivals the Golf R