Shams Charania @ShamsCharania
Sources: There is momentum toward the Golden State Warriors having their most lethal lineup as the starting five tonight vs. Denver in Game 5 – Stephen Curry back in, with Jordan Poole, Klay Thompson, Andrew Wiggins and Draymond Green. Final decision to be made today. – 2:40 PM

Jordan Schultz @Schultz_Report
For the first time in several years, the overwhelming consensus around the NBA is that Mark Jackson should be a HC. Consistent praise from Steph, Klay and Draymond helps a lot — as does Jackson’s long-standing friendship with executive Rich Kleiman. – 12:00 PM

Draymond Green @Money23Green
Been ejected for less – 12:25 AM

Harrison Wind @HarrisonWind
Aaron Gordon on his Game 4 dustup w/ Draymond Green: “I just didn’t like the fact (Jokic) got poked in the eye. That probably should have been flagrant right then. We’re not worried about it, honestly. We’re just going to go out there and fight and not back down from anybody.” – 3:15 PM 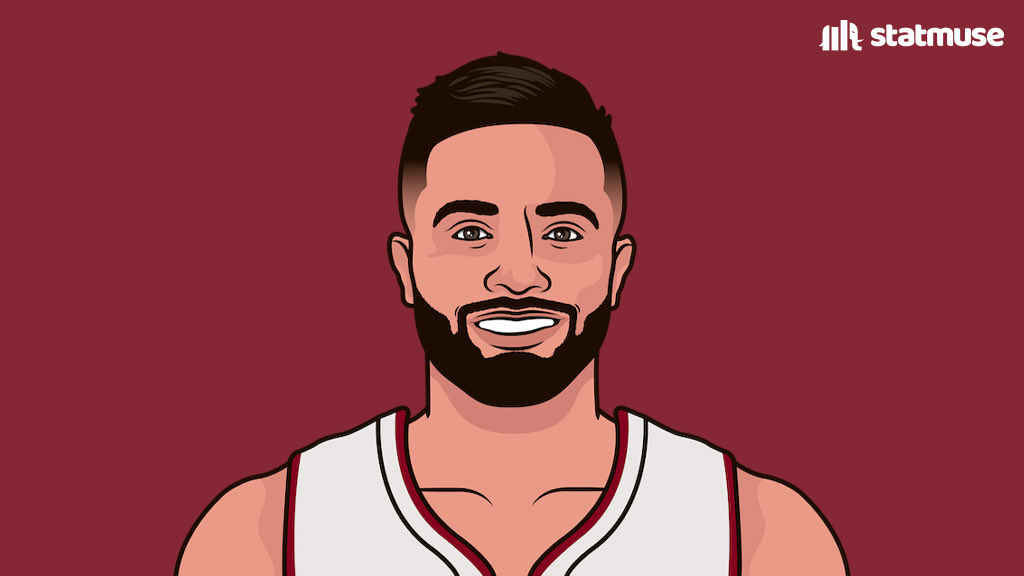 Mark Haynes @markhaynesnba
Before the Warriors/Nuggets series began, I gave my series prediction on @1043TheFan. Will Stephen Curry and Draymond Green make my prediction a reality, or will Denver extend the series? pic.twitter.com/Gc1vHjfDeB – 12:16 PM

Draymond Green @Money23Green
Y’all thought I was laughing at the nets getting swept? I’m a little more blatant than that. Y’all can at least give me credit for that 😂😂😂 – 10:09 PM

Draymond Green @Money23Green
They just said Dallas is dominating this series in the paint lol… you don’t say – 10:07 PM

Rob Perez @WorldWideWob
this time KD is going to call Draymond from the parking lot. – 9:32 PM

Damichael Cole @DamichaelC
Draymond Green said Ja Morant has one of the highest IQs in the NBA with the likes of LeBron James and Chris Paul. Tee Morant noticed Ja’s high IQ when he was 7 years old. I wrote about the battle between Morant’s mind and Minnesota’s defense.
Story: commercialappeal.com/story/sports/n… – 4:15 PM

Chris Biderman @TheWarriorsWire
Behind clutch defense from Draymond Green and 80 combined points from Steph Curry, Jordan Poole and Klay Thompson, the Warriors sealed a 3-0 lead over the Nuggets. Here’s the top photos from … warriorswire.usatoday.com/gallery/nugget… – 4:00 PM

Michael Singer @msinger
“You’ve got to give them some credit,” Draymond Green said.
In seizing Game 4, the #Nuggets exposed a few cracks in Golden State’s foundation and gave life to the idea that the Warriors are “beatable.”
Via @kylefredrickson
denverpost.com/2022/04/24/nug… – 1:35 PM

Ryan Blackburn @NBABlackburn
Nikola Jokić is now up to 24/51 from the field against Draymond Green.
He was 9/28 in GSW I believe, which means he shot 15/23 against Draymond in the Denver games.
Slowly figuring some things out. – 1:23 AM

Katy Winge @katywinge
Monte Morris on his hard foul on Draymond Green: “That’s something we’re going to talk about. That’s payback for busting up my lip.”
“I just had to let him know Flint is tougher than Saginaw.” – 7:34 PM

Harrison Wind @HarrisonWind
Monte Morris on his mid-air collision with Draymond Green today: “I just had to let him know that Flint is a little tougher than Saginaw.” – 7:33 PM

Mark Haynes @markhaynesnba
Draymond Green talked about Jonathan Kuminga’s play and what he needs to do to get more minutes.
“He has to gain more trust, and that comes with time…He earned some trust today.” – 7:25 PM

Michael Singer @msinger
Monte on the Draymond foul: “I just had to let him know Flint a little tougher than Saginaw.” – 7:19 PM

Nate Duncan @NateDuncanNBA
It looked like Draymond got Gordon in the face with his first swipe to get the foul. – 6:24 PM

Gordon Gross @GMoneyNuggs
Draymond is out. Jokic EVERY PLAY, no messing around. – 6:23 PM

Duvalier Johnson @DuvalierJohnson
Draymond Green picks up his 6th foul.
Alters the Warriors defense to close out this last 2:05 in the game.
Jokic has to be ultra-aggressive, especially in the bonus. – 6:23 PM

Kendra Andrews @kendra__andrews
Draymond gets called for the foul on Aaron Gordon. His night is done with the Warriors down by one and 2:05 left in the game. – 6:22 PM

Michael Singer @msinger
Given how much crap Draymond’s talked to AG this series, that jumper has to feel good. – 6:12 PM

Law Murray @LawMurrayTheNU
Warriors have been outscored by 20 points in 7:55 that Draymond Green has been on the bench.
Fascinated to see how this game ends up… – 5:55 PM

Marcus Thompson @ThompsonScribe
Draymond just blasted Klay in the side of the head with a pass. That’s gonna be on Shaqtin – 5:42 PM

Michael Singer @msinger
Flint takes down Saginaw.
Remember, Monte and Draymond are boys.
But an example of the #Nuggets inviting physicality. – 5:35 PM

Nate Duncan @NateDuncanNBA
That Draymond tie-up is a play that nobody else in basketball makes. Knew the precise play Nuggets were running and jumped from all the way crosscourt. – 5:20 PM

Duvalier Johnson @DuvalierJohnson
Boogie Cousins picks up the technical foul after him and Draymond Green get into it.
Refs refuse to call a double tech as it means Green would be out. – 4:40 PM

Ohm Youngmisuk @NotoriousOHM
Classic. Boogie just backed down Draymond and tried the bully ball and both got tangled up. Cousins lifted his arms up in the air quickly but Cousins was called for a tech to his bewilderment. Draymond and DeMarcus, by the way, are tight friends. – 4:39 PM

Monte Poole @MontePooleNBCS
Draymond and Boogie are not throwing hands. Too many games as partners in dominoes. Too many neighborly visits in The Bay. – 4:39 PM

Michael Singer @msinger
DeMarcus Cousins gets the T. Cousins and Malone are irate. He raised his arms to try and avoid anything more with Draymond … who already has one T of his own. – 4:38 PM

Michael Singer @msinger
“Draymond sucks” chants breaks out at Ball Arena.
Draymond beckons to the crowd to keep it going.
That kind of energy so far tonight. – 4:11 PM

Katy Winge @katywinge
A “Draymond sucks” chant just broke out here at Ball Arena and Green was waving his hands asking for more.
Then Green as he headed to the bench had some words to say to Coach Malone. – 4:08 PM

Nate Duncan @NateDuncanNBA
Draymond upset with Wiggins for not clearing out quickly enough to the corner on that last possession. – 4:05 PM

Nate Duncan @NateDuncanNBA
Aaron Gordon just let his beef with Draymond take him out of his game, tried to take him 1 on 1 which isn’t a good matchup for Denver. Airballed the pullup J. – 3:55 PM

Kendra Andrews @kendra__andrews
Ugly start here in Denver. Draymond Green hits Nikola Jokic in the face, and is under review for a flagrant 40 seconds in. Jokic was down for a while, but is walking to the bench. Meanwhile, Green and Aaron Gordon were getting into it and both picked up Ts. – 3:49 PM

Connor Letourneau @Con_Chron
Draymond Green and Aaron Gordon pick up the double techs for a skirmish. Just 40 seconds in, and we already have a bit of drama. – 3:49 PM

CJ Holmes @CjHolmes22
We’re less than a minute into the game and things are already getting chippy. Draymond Green and Kevon Looney were doubling Jokić in the corner and Jokić ended up on the ground. Green gets called for the foul, then gets slapped with a tech after an exchange with Aaron Gordon. – 3:49 PM

Ohm Youngmisuk @NotoriousOHM
Then Aaron Gordon and Draymond Green both were T’d up for exchanging words as everyone hovered around Jokic, who was on the floor covering his face. We are 40 seconds into the game. Foul being reviewed. – 3:49 PM

Marcus Thompson @ThompsonScribe
Draymond and Aaron Gordon each gets a double tech 40 seconds into the game – 3:49 PM

Duvalier Johnson @DuvalierJohnson
Aaron Gordon and Draymond Green get into it 30 seconds into the game after Jokic was poked into the eye.
Maybe this provides a spark. Nothing like playoff basketball. – 3:49 PM

Vinny Benedetto @VBenedetto
Nikola Jokic takes a shot to the head on Denver’s first offensive possession. Draymond Green and Aaron Gordon have to be separated in the aftermath. Looks like double techs. Referees head to the monitors to review. – 3:48 PM

Marcus Thompson @ThompsonScribe
Looks like Draymond accidentally poked Jokic in the eye on a trap. – 3:48 PM

Michael Singer @msinger
Jokic gets poked in the eye 40 seconds into the game. He’s been down for a minute, and now AG and Draymond are starting to get into it a bit. – 3:47 PM

Warriors forward Draymond Green has never been shy when calling people out, and that still rings true in the middle of a playoff series. The three-time NBA champion criticized The Ringer founder Bill Simmons on his Instagram story Wednesday for what Simmons said about Rockets rookie Jalen Green. During an April 13 episode of the Bill Simmons Podcast, Simmons had some harsh words for the Houston guard when comparing him to Pelicans rookie Herbert Jones. “And I put first-team all-rookie. I put him over Jalen Green,” Simmons said. “F— Jalen Green. I don’t care you’re scoring 40 points and your team’s 19–60. Congratulations. I’m sorry, I like winning players.” -via Sports Illustrated / April 27, 2022 Aiyaan: Draymond Green speaking about the Bill Simmons comments on Jalen Green. Via IG #Rockets Dray a real one -via Twitter / April 27, 2022 JD Shaw: Bucks guard Jrue Holiday has won the 2021-22 Twyman-Stokes Teammate of the Year Award, the NBA announced today. -via Twitter @JShawNBA / April 26, 2022

Today24.pro
Love Island villa in Majorca takes shape with huge pool and firepit spotted ahead of show launch #1 Backyard Weed That Can Replace ALL Your Medications State schedule for area high school teams The ONLY 3 Upper Body Exercises You Need for Mass