Sneaking up to a bison in Yellowstone National Park is asking for trouble on multiple levels. It could lead to serious injury or death, for example, and it’s illegal.

Thankfully, the man in the accompanying images and video link was not injured after walking to within inches of a bison on a trail, prompting a threatening response from the massive animal. (Click here to watch the video.)

It’s not clear why the man would so foolishly risk his safety, but it seems as though he hoped to persuade the bison to make way for him and his wife. 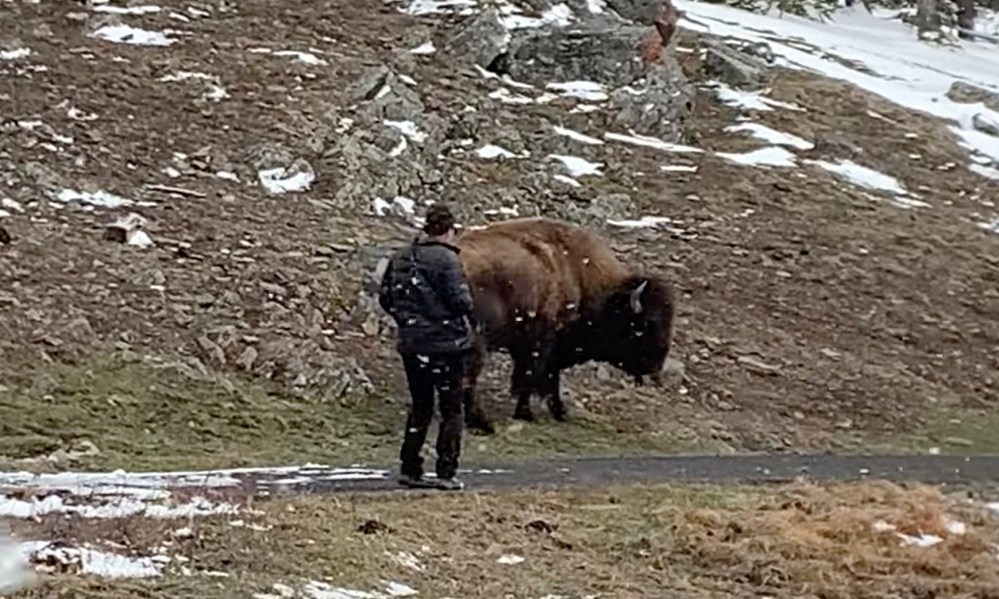 Sean Swetter, who last week posted the footage to the Facebook group page,  “Yellowstone National Park: Invasion of the Idiots!,” explained in his description: “Not joking either, his wife asked for my bear spray to get the bison away from the trail so they could get back to their car.”

The top Facebook comment was from Jennifer Young: “His wife was considering spraying it with bear spray cause the human got too close? That’s harassing the wildlife. It gave him warnings and I wish it had tossed him. They should be escorted out of the park with a fine.” 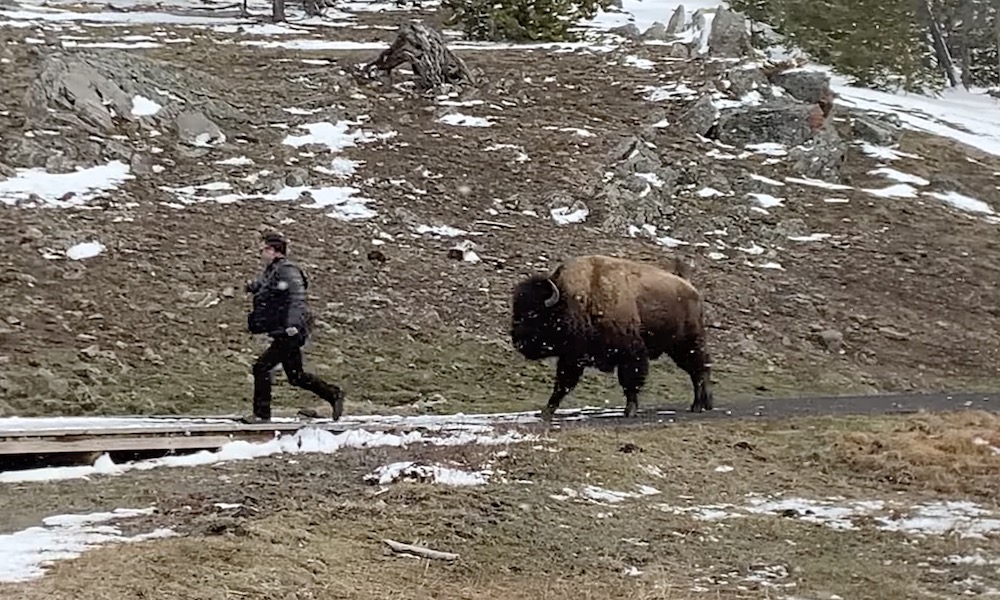 Reached Tuesday, Linda Veress, a Yellowstone public information specialist, did not disclose whether the park planned to take acton against the man, but said the video link had been sent to rangers.

“It is illegal, as well as dangerous, to approach wildlife. Bison have injured more people in Yellowstone than any other animal. They are unpredictable and can run three times faster than humans. The animals in Yellowstone are wild and unpredictable, no matter how calm they appear to be.

Bison, the largest land-dwelling mammals in North America,  can weigh as much as 2,000 pounds. They can run at speeds up to 35 mph.

The statement continued: “The safest view of wildlife is from inside a car. Always stay at least 100 yards away from bears and wolves, and at least 25 yards away from all other animals, including bison and elk.”

Swetter did not respond to messages asking for a more detailed description of the incident.