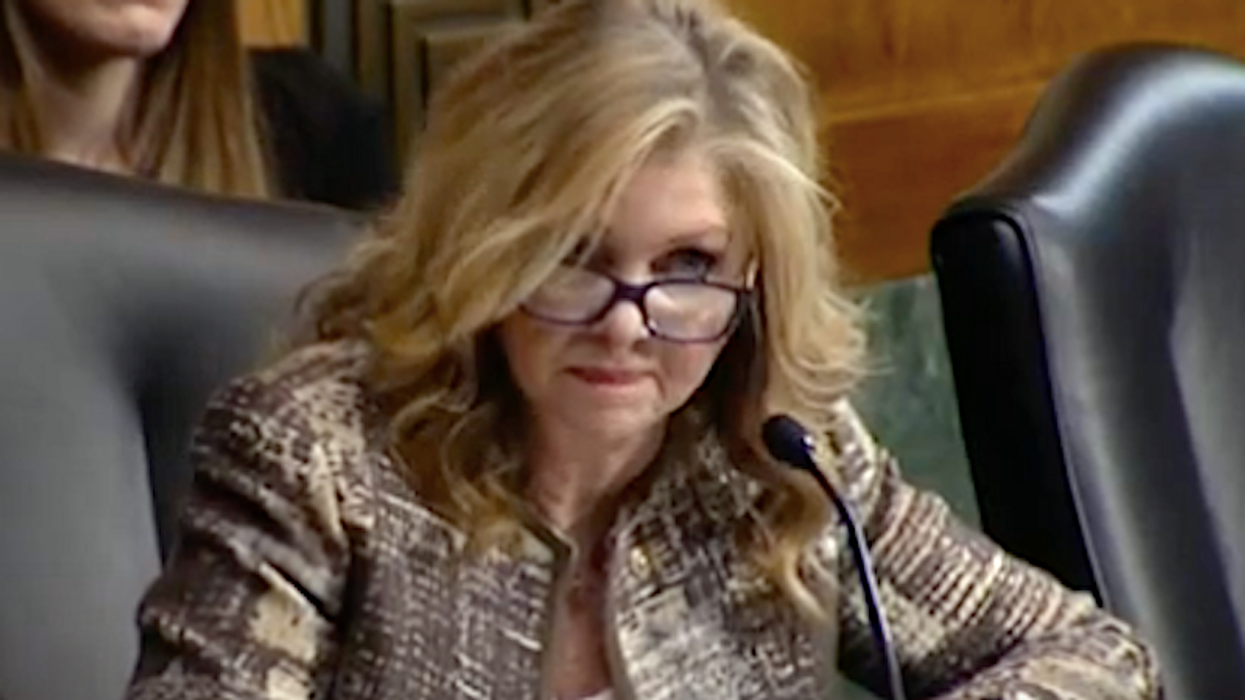 Sen. Marsha Blackburn (R-TN) fumed at one of President Joe Biden's judicial nominees over her inclusion on a civil rights group's "hate list."

The Tennessee Republican confronted Nancy Abudu during Senate Judiciary Committee hearings for her nomination to the 11th Judicial Circuit, complaining that the Southern Poverty Law Center had placed her on a February 2019 list of GOP candidates peddling hateful messages.

"I want to talk with you about Southern Poverty Law Center and your work there because, as I've looked at some of your writings and speeches and interviews and things, you've repeatedly criticized America, you've criticized the criminal justice system and our institutions from suffering from -- your term, and I'm quoting you -- systemic, sexism and structural racism," Blackburn said. "Yet that organization, the Southern Poverty Law Center, was embroiled in a racism and sexism scandal for years."

The civil rights organization's co-founder Morris Dees was fired in March 2019 over sexual harassment allegations and complaints about a toxic workplace culture, which included alleged racist and sexist discrimination, about a month after Abudu joined the SPLC as deputy legal director.

"Why do you remain committed to working for an organization with this type culture?" Blackburn asked.

Abudu said she joined the SPLC shortly after those complaints were made, and she told the senator she was proud of the work she had done at the organization aimed at improving civil rights.

"Do you think you've made a difference and, if it has, why is that not visible to people?" Blackburn said. "Why do they not realize that difference is there?"

Abudu told the senator that her clients believe her work had made a difference, but Blackburn interrupted with another question.

"Some of my colleagues have already expressed concern with your 'hate group' list," Blackburn said. "This list is what incited violence against people in groups like the Family Research Council, and you've also released a list of members of Congress who traffic in hate and extremism. The list includes me, as well as Sens. [Ted] Cruz and [Josh] Hawley. So did you have any involvement in this list, including approving its publication?"

Abudu said she did not, and indicated she hadn't been aware of its publication.

"Can you explain why the three of us ended up on your hate list?" Blackburn said.

The nominee said she couldn't explain their inclusion on the list.