Netflix’s beloved Grace and Frankie is coming to an end after seven laughter-and-love-filled seasons, and Brooklyn Decker (Mallory Hanson) couldn’t be happier about how this bittersweet moment is playing out. “I think every storyline in the series tied up beautifully,” she tells me for SheKnows. “Some are tender and a little sad, some are triumphant and happy.” Mostly, Decker will miss being with costars Lily Tomlin (Frankie), Jane Fonda (Grace), and June Diane Raphael (Brianna), the latter two of whom have been her onscreen family for the greater part of a decade. We chatted with Decker about these whirlwind past few years, the end of Grace and Frankie, and what life has looked like between set trips for the model, actress, and mom of two — starting with a recent partnership close to her heart.

As a longtime allergy sufferer,  Brooklyn has been on the ZYRTEC® train for years. “I started taking [ZYRTEC®] about seven years ago, and I have just loved it because you take one Zyrtec and you have 24 hours of relief and don’t have to worry about it,” she shared.

But this year, she’s going a step further in supporting ZYRTEC® by partnering with them for the ZYRTEC®  ReLEAF Project, a joint effort with American Forests to help promote tree equity in underserved communities. 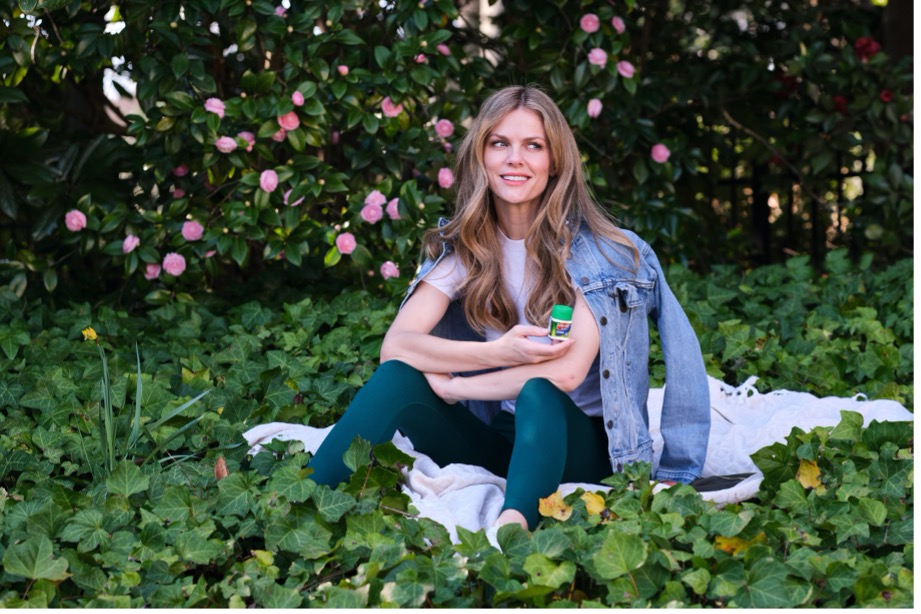 Allergy sufferer Brooklyn Decker finds relief in nature and from her allergy symptoms thanks to the full 24 hours of relief of ZYRTEC®.

“American Forests, who is partnering with ZYRTEC®, has spent a ton of time, resources, and research into planting trees and figuring out which communities need the most to create a more equitable future for its citizens,” Decker elaborates — and after the last few years of off-and-on COVID-19 lockdowns, her sense of how important the outdoors can be was stronger than ever.

“We’ve always been a very outdoorsy family,” Decker says of her, husband Andy Roddick, and their son Hank and daughter Stevie. “During COVID, where everyone was super locked down and we weren’t seeing anyone … just being outside was so restorative during that time. And I think now more than ever, all people want to do is gather, especially outdoors.”

Just like her on-screen Grace and Frankie persona Mallory, Decker’s life includes a lot of day-to-day family time in North Carolina, where she lives near her brother and his kids, who are the same age as hers. And while her dynamic with her brother may not be quite as, erm, explosive as the dynamic between Mallory and Brianna, Decker says both she and June Diane Raphael had plenty of their own experiences to pull from for their on-screen sibling shenanigans. 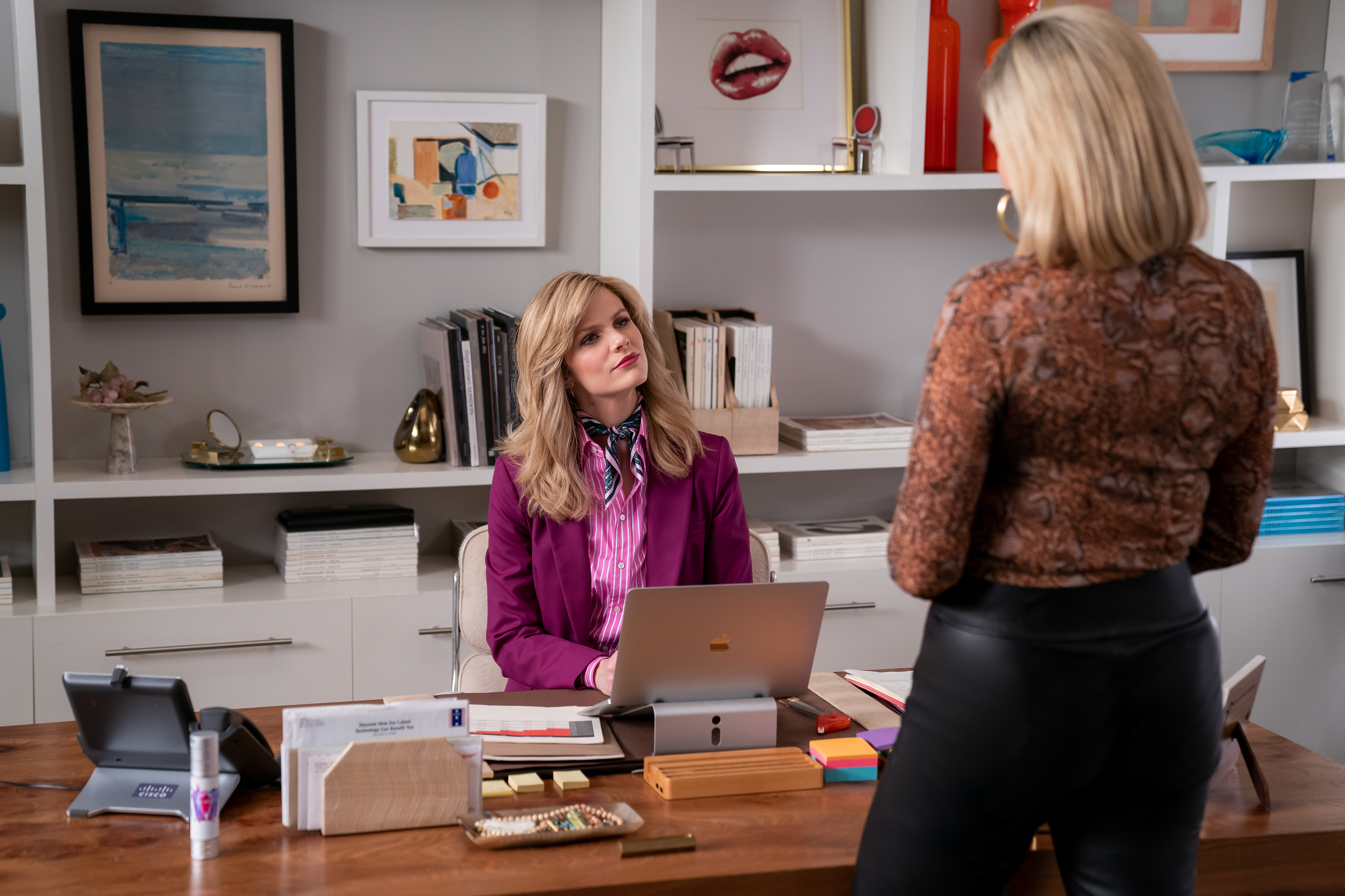 Referring to (spoilers!) Mallory and Brianna’s frankly iconic fight scene at the end of season 7, Decker said this: “It’s funny because a lot of people were like, ‘Is it too much? Would they really fight to this degree? Would they really physically assault each other?’ …And June and I looked to each other and both of us said quickly, ‘Yes! This is what siblings do.'”

“There is a side of yourself that is only known and seen by your siblings that I can definitely relate to with Mallory,” she added. “There’s a side of myself that only my brother knows that is just hilarious and totally inappropriate. So, while he doesn’t bring out a violent side of me these days, there’s definitely a part of me that only somebody who is raised with you from infancy can really understand.”

So, with Grace and Frankie almost behind her, does Decker have any regrets about how it all played out? Just one.

“Selfishly, I did want to see a scene where, when my character was newly divorced, I went out and just partied like crazy with Brianna, Grace, and Frankie,” Decker admits. “I wanted to see Grace, Frankie, and Brianna taking Mallory out for a night on the town, like a woman with four kids who hasn’t been out in forever.”

“I really wanted that to happen. It didn’t,” she says, “But who knows what’s down the line?”

And with that, we’re leaving the door for a Grace and Frankie reunion (or sister-based spinoff) wide, wide open.

The final episodes of Grace and Frankie debut on Netflix on April 29.

Before you go, click here to see the best Netflix shows you should be watching right now. 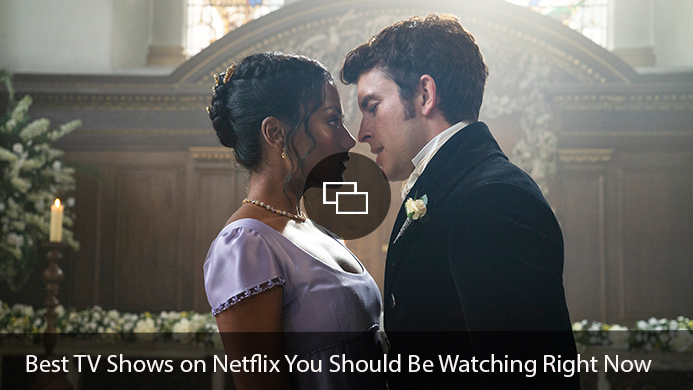