KARDASHIAN fans have praised Kylie and Kendall Jenner for treating themselves to In-N-Out during a sister outing.

A recent clip from the Hulu original, The Kardashians, shows Kylie, 24, and Kendall, 26, forgoing diets to enjoy one of life’s guilty pleasures.

The pair stopped by the famous fast-food chain on the way to sister Kourtney Kardashian’s “surprise” proposal by boyfriend Travis Barker.

Another stated, “Cheesy fries are the best!!!”

One commenter related to the drive-thru predicament, “this is quite literally me…eating snacks whilst waiting for food.” 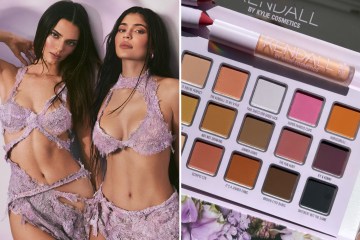 KEN YOU SEE IT? 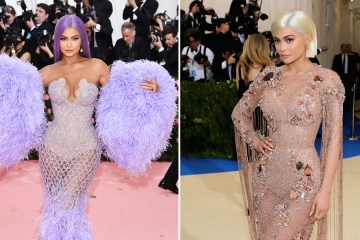 Kylie shared her preferred meal as the two made their way up the interstate.

She said: “I’m going to get cheese fries and a single cheeseburger.”

The choice of a single was questioned by Kendall, who announced she was thinking of “doubling down.”

A sentiment that had Kylie rethinking her somewhat modest order.

Kendall reminded the, at the time of filming, still pregnant makeup mogul that “she has two people to feed.”

Kylie and boyfriend Travis Scott have since welcomed their second child, a baby boy, into the world earlier this year.

Kylie appeared to grow physically ill before their food could be ordered.

As the sisters approached In-N-Out, Kylie frantically beckoned Kendall to search for her snacks.

A confused Kendall questioned: “Honey, we’re at the food place?”

To which Kylie quickly informed her: “I think I’m about to throw up.”

The snacks were shortly retrieved and the crisis averted.

After the scene was first featured in the Hulu trailer, Kardashian fans begged Kylie to “stop with the lip fillers.”

“Can someone familiar with filler please explain what is going on with Kylie’s lips? is it from… like filling them for so many years? Or scar tissue?” one commenter noticed.

“Continuously botched lip fillers. her smile has always looked lopsided bc of them,” a second explained.

A third asked: “But why not even them out? Is it really hard? Khloe has uneven filler to where one of her front teeth shows when her mouth is closed. I don’t understand why they leave them uneven.”

“I don’t know anything about filler so just a guess: but I wonder if they looked extra full/odd because they would’ve been naturally fuller by themselves from her pregnancy,” one surmised.

“Hmm, I wonder. I forgot she was pregnant lol. They look… rubbery and uneven,” a fifth noted.