CASES of Omicron in the UK have almost hit 250,000 as the year comes to a close – with 203 new Covid deaths reported today.

It is the last daily update of variant cases, as it has now become dominant in the country. 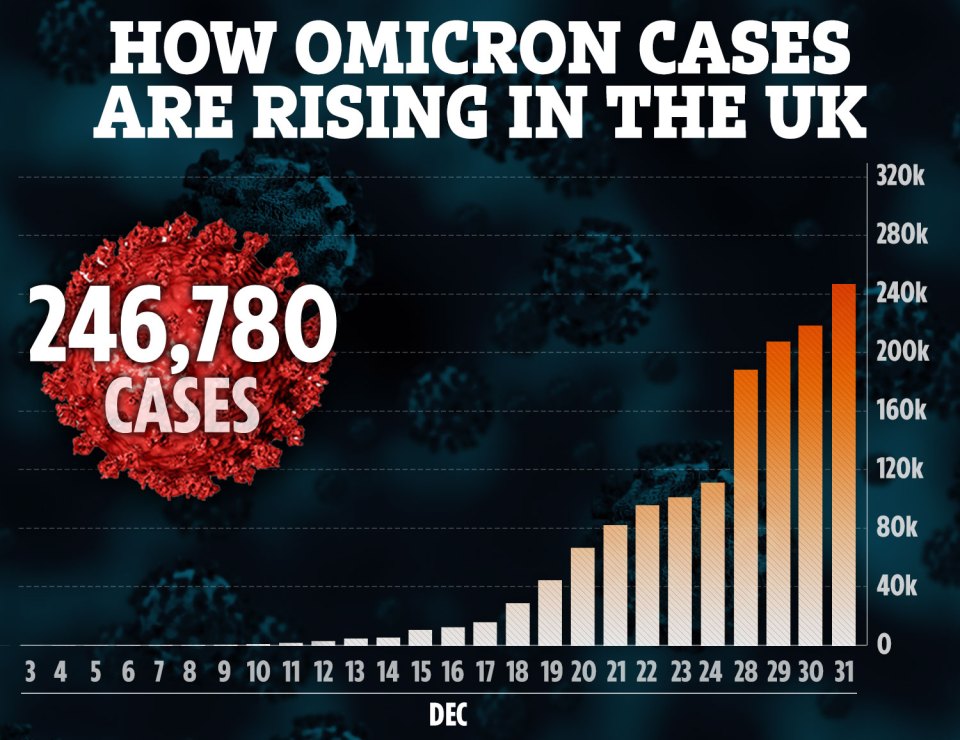 Today’s grim toll of new deaths is the highest reported since March 1.

Yesterday a high of 332 was logged, but this included missed fatalities from the Christmas period.

Omicron has spread throughout the UK in just over a month, but boosters have been proven to work to stop serious illness.

A string of hugely positive studies show Omicron IS milder than other strains, with the first official UK report revealing the risk of hospitalisation is 50 to 70 per cent lower than with Delta.

Covid booster jabs protect against Omicron and offer the best chance to get through the pandemic, health officials have repeatedly said.

The Sun’s Jabs Army campaign is helping get the vital extra vaccines in Brits’ arms to ward off the need for any new restrictions.

Health and Social Care Secretary Sajid Javid said: “This is more promising data which reinforces just how important vaccines are. They save lives and prevent serious illness.

Follow our Covid live blog for all the latest news & stories

“This analysis shows you are up to 8 times more likely to end up in hospital as a result of Covid-19 if you are unvaccinated.

“It is never too late to come forward for your first dose and it’s vital that everyone comes forward to get boosted now as we head into the new year.”

One dose of any vaccine was associated with a 35 per cent reduced risk of hospitalisation among symptomatic cases with the Omicron variant. 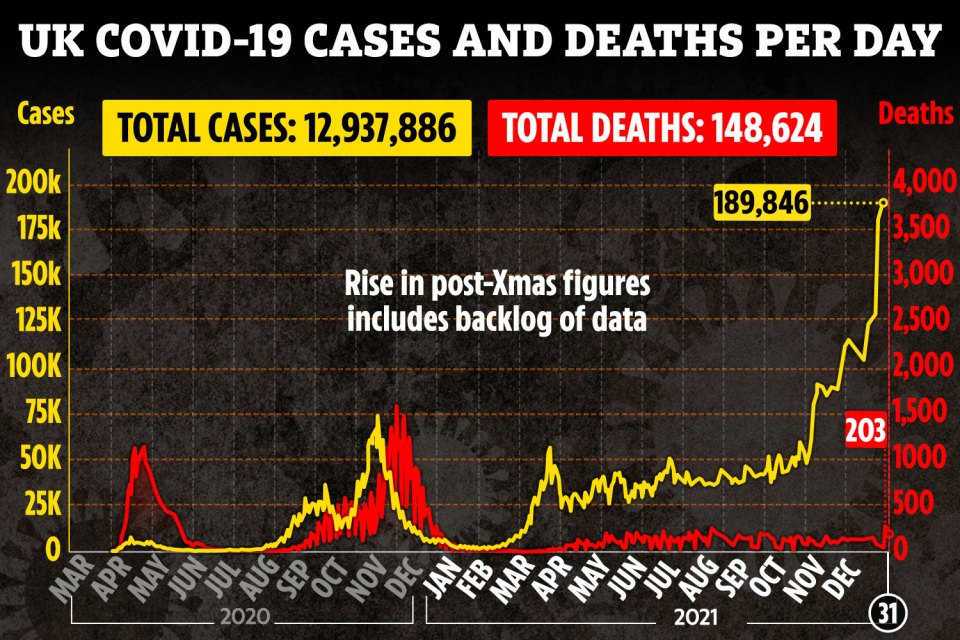 Susan Hopkins, Chief Medical Adviser at UKHSA, said: “The latest set of analysis is in keeping with the encouraging signs we have already seen.

“However, it remains too early to draw any definitive conclusions on hospital severity, and the increased transmissibility of Omicron and the rising cases in the over 60s population in England means it remains highly likely that there will be significant pressure on the NHS in coming weeks.

“The data once again shows that coming forward for your jab, particularly your third dose, is the best way of protecting yourself and others against infection and severe disease.”

NHS chiefs believe the threshold for imposing new restrictions has not yet been crossed.

But Chris Hopson, head of NHS providers, this morning warned curbs should be clamped on “at real speed” if hospitals come under severe strain.

He told the BBC: “We know that the government has set a high threshold on introducing extra new restrictions.

“So on that basis, trust leaders can see why the government’s arguing that in the absence of a surge of seriously ill patients coming into hospital, that threshold hasn’t yet been crossed.

“But we still don’t know if the surge will come and indeed we’re exactly talking about the preparations that we’re making or that surge right now.

“So in terms of restrictions, I think we’re in exactly the same place we’ve been in for the last fortnight, which is the government needs to be ready to introduce tighter restrictions at real speed should they be needed.”

A New Level of Fake News From the Left

Boris Johnson to address MPs as anger grows over 'partygate'