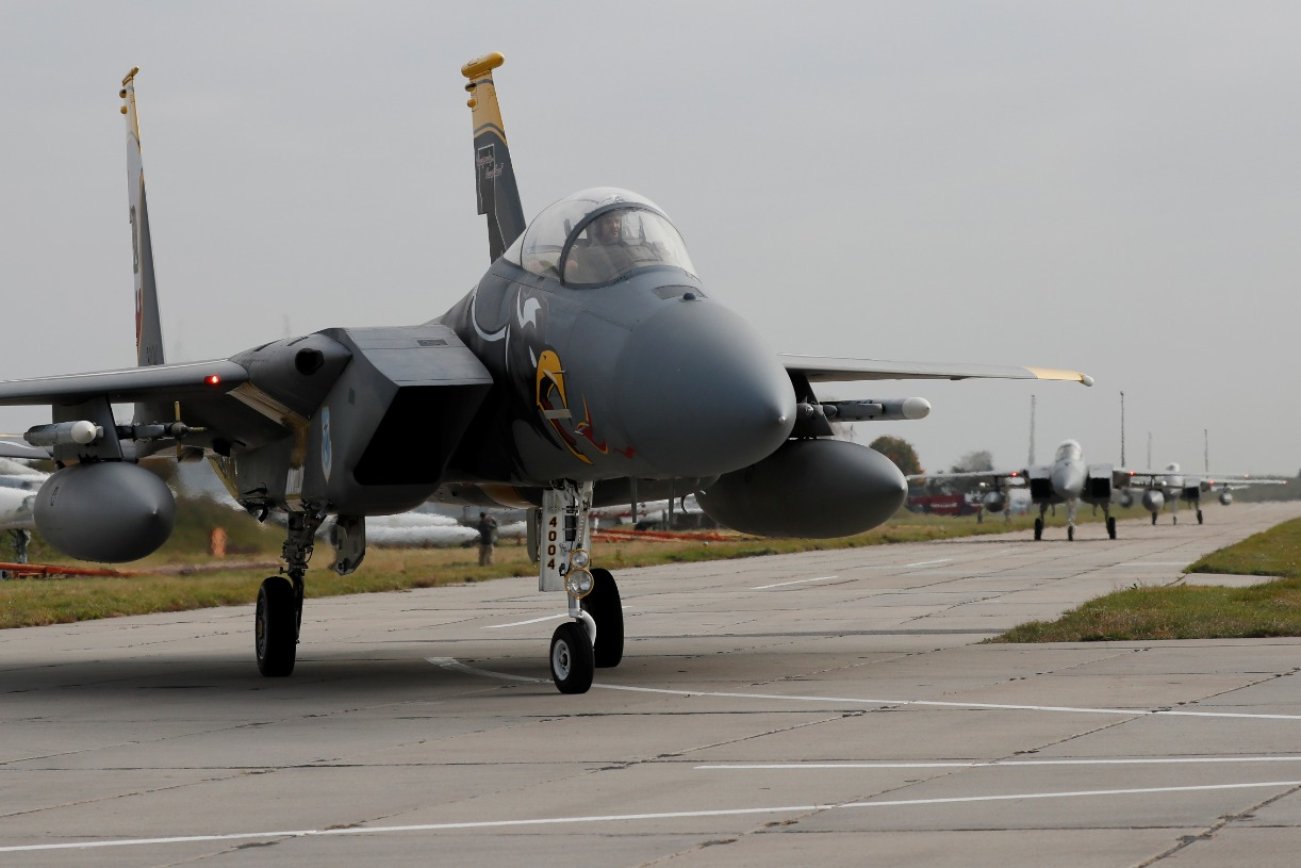 The F-15EX is a two-seat fighter that will feature capabilities that are completely unique to the Air Force's version.

Here's What You Need to Remember: The service had previously announced plans to acquire the F-15EX as part of the Future Years Defense Program.

Even as the United States Air Force continues to acquire the fifth-generation Lockheed Martin F-35 Lightning II fighter jet, the service will also be receiving the latest updated version of the Boeing F-15 – a platform that first took flight long before many of today's pilots were even born. However, the F-15EX is far more advanced than the original F-15A that was introduced in 1974 and entered service two years later.

Last summer, the Department of the Air Force announced that it has awarded a nearly $1.2 billion contract for its first lot of eight F-15EX fighter aircraft, which will replace the oldest F-15C/Ds in the current fleet. That purchase was approved in the fiscal year 2020 budget and 12 additional aircraft were requested in the FY21 budget. Pending Congressional approval, over the next five years the Air Force could receive up to 200 of the 21st-century version of the Cold War fighter.

The service had previously announced plans to acquire the F-15EX as part of the Future Years Defense Program. It is part of a long-term, $23 billion program that will update the Air Force's aging fleet of fighter jets while also providing a cost-competitive alternative for Lockheed Martin's F-35 Joint Strike Fighter. Additionally, the contract would give a second life to the F-15 production line in St. Louis, Mo.

The Air Force currently flies 235 of the F-15C/Ds that were set to be decommissioned or upgraded. While efforts have been made to keep other aging platforms such as the B-52 and B-1 bombers updated with a series of improvements, but in this case it was determined it would be cheaper and more cost-effective to send those old war birds to pasture and replace them with the new F-15EX variant.

Externally the aircraft may resemble the original F-15, but as Boeing has sold the proven platform to international partners such as South Korea and more recently Kuwait, it has steadily improved the aircraft. As a result, the United States Air Force has determined that it could be a reliable – and more importantly affordable – fighter to compliment the F-35.

The F-15EX is a two-seat fighter that will feature capabilities that are completely unique to the Air Force's version. It will offer fly-by-wire flight controls, new weapons stations, new electronic warfare suite, advanced radar and computer, conformal fuel tanks and a strengthened airframe. It features a deep magazine that will allow it to carry a load of advanced weapons – with a 28 percent larger payload than the F-15E – yet the fighter will also require only minimal transitional training and little additional manpower from the older versions of the F-15. According to the Air Force it will require little to no infrastructure changes.

The Air Force has estimated F-15EX fighter shares about 70 percent of parts with the current F-15Cs and F-15Es that they will be replacing. Not only are the original production lines in St. Louis still in place, but the training facilities, maintenance depots, and other infrastructure can be also be readily shifted to F-15EX support.

The result is a fighter will be easier to build and quicker to put into service, while it will also result in a platform that can be maintained than an equal number of F-35s.

Boeing has also noted that the F-15EX can enable rapid technology insertion that will ensure the platform's relevance for decades to come. This will be accomplished via an Open Mission Systems Architecture, which can deliver Advanced Battle Management Systems (ABMS) capabilities, allowing the F-15EX to operate independently while isolated but also to reconnect to the global cloud.

This could keep the Boeing F-15 flying for decades to come.

Tennis-Emotional Nadal stands one win away from record 21st major

NYSP: 3 people arrested for selling alcohol to a person under 21