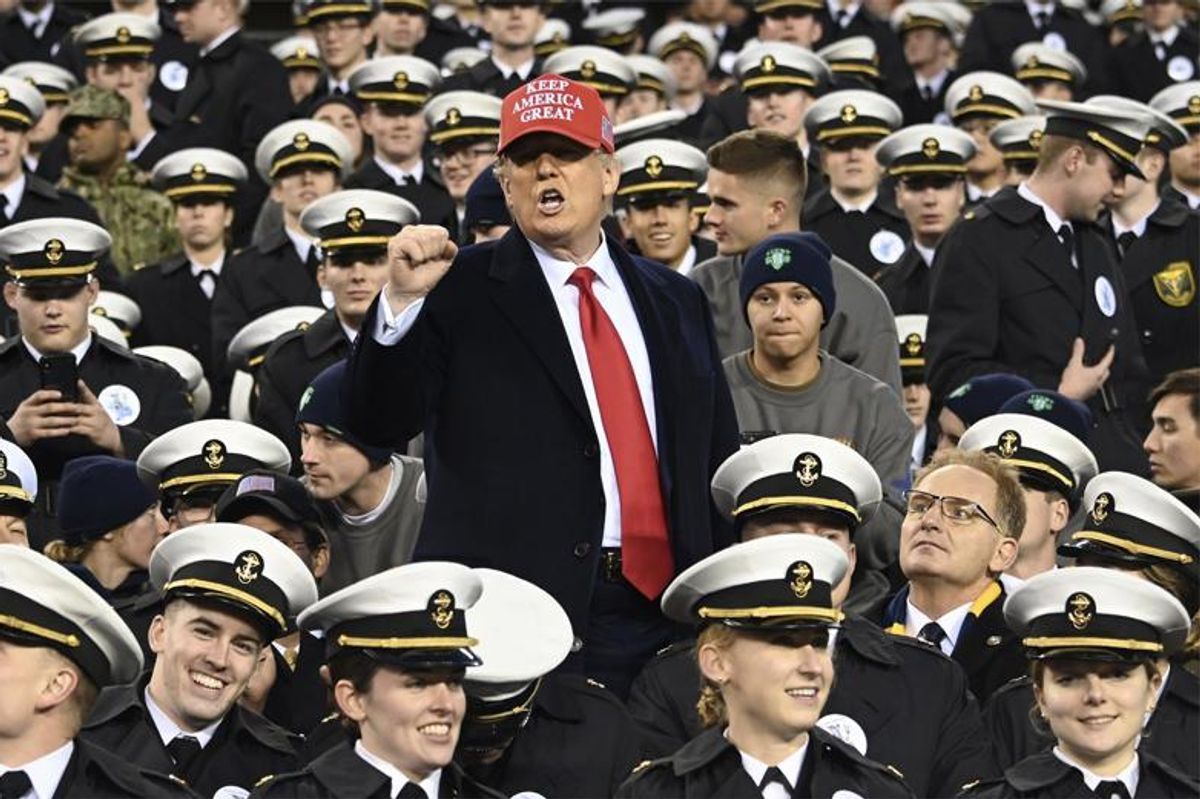 In an interview with NPR, one of the three retired generals who co-authored an op-ed in the Washington Post in the middle of December about the Jan 6th insurrection where they admitted they "are chilled to our bones at the thought of a coup succeeding next time," elaborated on the remarks and urged the current military leadership to look within and make sure the U.S. armed forces don't take part.

With the generals noting in their op-ed that "The signs of potential turmoil in our armed forces are there. On Jan. 6, a disturbing number of veterans and active-duty members of the military took part in the attack on the Capitol," retired U.S. Army Major General Paul Eaton stated preparations to stave off a possible revolt need to begin now with 2024 already looming on the horizon.

Speaking with NPR's Mary Louise Kelly, Eaton explained that he is unsure if some of his fellow military retirees "understand who the duly elected president is."

"We saw it when 124 retired generals and admirals signed a letter contesting the 2020 election. We're concerned about that," he admitted. "And we're interested in seeing mitigating measures applied to make sure that our military is better prepared for a contested election, should that happen in 2024."

RELATED: Former FBI official unleashes on Trump's coup: 'I've been careful — but this was a subversion of our military'

Seeing a possible military coup as "low probability," he argued that, nonetheless, nothing should be left to chance and that "it's an eventuality that we need to prepare for."

"You may have heard of the Transition Integrity Project that occurred about six months before the last election," he noted. "We played four scenarios. And what we did not play is a U.S. military compromised – not to the degree that the United States is compromised today, as far as 39% of the Republican Party refusing to accept President Biden as president – but a compromise nonetheless. So, we advocate that that particular scenario needs to be addressed in a future war game held well in advance of 2024."

"I believe that we need to wargame the possibility of a problem and what we are going to do. The fact that we were caught completely unprepared – militarily, and from a policing function – on January 6, is incomprehensible to me," he continued. "Civilian control of the military is sacrosanct in the U.S. and that is a position that we need to reinforce."

You can read the whole interview here.

Trump inflated the value of his golf courses by 15-30% for having his name on, NY AG says in fraud case