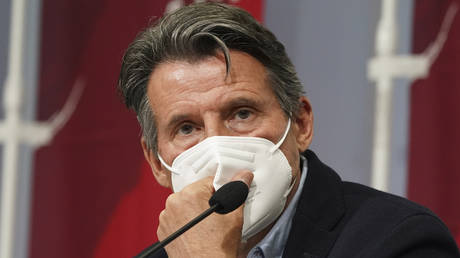 Double Olympic gold winner and senior International Olympic Comittee member Sebastien Coe has lashed out at the diplomatic boycott of the Beijing Olympics, held by governments including the US and the UK, as "frankly meaningless".

The former long distance runner has been a noted critic of the measures taken by the Joe Biden administration and UK prime minister Boris Johnson, along with several other western nations, not to send dignitaries to the Games which begin in February, again slamming the move as being "historically illiterate and intellectually dishonest".

Coe, who won a gold medal in the 1,500 meters at the 1980 Olympics in Moscow which was boycotted by the US and 65 other countries, added his acknowledgement that China has serious questions to answer when it comes to the issue of human rights and, in particular, the treatment of Uyghurs amid accusations of the use of forced internment camps in the north of the country.

Sebastian Coe doesn't want us to boycott the winter Olympics in China. I think he is wrong. Apart from the poor young tennis player who alleged abuse, China has a huge responsibility for the crisis we now suffer & seems to have got away completely scot free from any consequence.

But Coe added that boycotts do little to actually address any such issues and said that a "balance" must be struck to affect meaningful change.

"I’m not insouciant or cavalier about human rights – I take them very seriously," said Coe.

"But we have to be realistic. When we take our events around the world there are going to be challenges: culturally, politically, socially.

"I guess my fallacy position on this is that always, in an imperfect world, sport is the one continuum that can actually create some stability. I’ve witnessed time after time the impact that sport has had in flicking that dial – socially, politically, economically.

"Boycotts on balance are historically illiterate and intellectually dishonest," he continued. "A political boycott is, frankly, meaningless. And in a world where I actually think discussion and relationships are important, rarely do I see isolation bearing fruit.

"But that’s not to be an apologist for countries that do not conform to the basic standards around human rights. I’ve never witnessed sport leaving any country in worse shape than when it’s been there. The impact across the board can be, on many occasions, quite profound."

The Chinese sporting infrastructure has found itself under the international microscope in recent weeks amid reports of the mistreatment of tennis star Peng Shuai, which have since been denied by the country's authorities and the player herself – although figures and groups including the Women's Tennis Association (WTA) has since announced that it has suspended tournaments in China – but Coe's World Athletics took a different direction, doubling its Diamond League track and field competitions held in the country from one to two.

"It’s for each sport to decide its own approach,” Coe explained. "It’s not an approach we would take in World Athletics and I don’t think, over the long haul, it is one that actually achieves a great deal.

"There are always unintended consequences. And at the end of the day, the people that most suffer in all that are the athletes.

Did Iran Really See UFOs Above Their Nuclear Facilities?