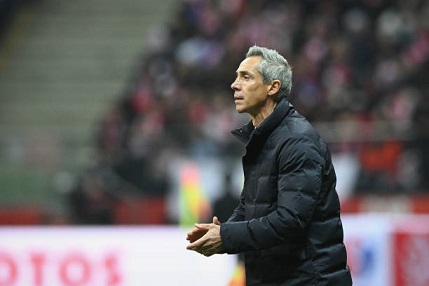 A big day for Portuguese coaches on Wednesday as Paulo Sousa was officially confirmed as new boss of Brazilian giants Flamengo. Sousa left his position as manager of the Poland national team to move to Brazil, bringing an end to a controversial departure ahead of the World Cup play-offs in March.

Stepping into an international job is José Peseiro, who has been hired by Nigeria. The African heavyweights are aiming to qualify for the World Cup in the CAF play-offs in March, with Peseiro taking charge shortly before the meetings with the aim of securing passage to Qatar 2022.

The story of Sousa leaving Poland for Flamengo has been a major talking point in recent days. The Polish FA were left stunned by the decision of their coach to depart ahead of the qualifiers for Qatar 22 in the spring. The Polish Football Federation announced that an “extraordinary meeting” had taken place on Wednesday to discuss Sousa, who had seen his audacious request to mutually terminate his contract denied.

As such, the well-travelled Portuguese coach communicated to his employers on Thursday that the release fee would be paid to compensate the Polish FA. A few hours later, Flamengo confirmed his appointment on a two-year contract, and Sousa is expected to land in Brazil a week into January to begin work in Rio de Janeiro.

“Why here? It was the greatness!” Sousa said upon the announcement. “The greatness of the club and my own expectations of winning with a club that has that constant ambition. We have the same ambition.

“Flamengo is an extraordinary, big club, that breathes victories and, for sure this is what we have to have daily in our culture. We have already started to do some work. Collecting various documentation and together with my staff we have already programmed and planned some things, even in terms of training sessions so that we can later fit in with the entire work team that already exists at the club.”

It was suggested by some that Sousa’s appointment could come under threat after Jorge Jesus left Benfica. Jesus was the Flamengo supporters’ preferred choice after enjoying huge success with the club in 2019, but timing went against the veteran coach.

“[Sousa] was the first person we met the day after we got here,” explained Flamengo vice-president Marcos Braz. “It was a difficult decision, but I said on other occasions that Flamengo's main objective was to come to Portugal to hire a coach and staff to coach Flamengo in 2022.

“There was another person who was a reasonable option given his recent history, so many achievements. It was not possible to exercise this option and we quickly went in another direction.

“When Flamengo arrived in Europe, time was our ally, we had time to meet one or two coaches. When we understood that time started not to be our ally, we acted. I understand the concern of the supporters and respect for a particular name that could be in question but we reached the limit and couldn't wait another day.

“Paulo knows Flamengo's squad well, he just needed more internal information to work and he's already doing it. He's a great coach, he's been to countries with a great technical team and these were aspects that left us assured.” 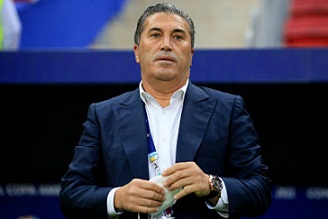 José Peseiro is back in football, and will take control of the Nigerian national team after the upcoming African Cup of Nations. The Nigerian Football Federation had confirmed just before Christmas that Peseiro was one of three candidates to replace outgoing German boss Gernot Rohr.

José Mourinho was also approached, according to president Amaju Pinnick,to gauge his interest, along with ex-Serbia boss Mladen Krstajić. Both men turned down the job, leaving Peseiro with a clear road to agree terms.

Current intermin boss Augustine Eguavoen will coach the Super Eagles at the African Cup of Nations in Cameroon next month, after which Peseiro will be charged with winning a play-off to secure qualification for the World Cup.

Nigeria will likely be a seeded team as the ten group winners from the earlier stage of qualification are drawn into five play-offs. In March, the winners of each play-off will qualify for Qatar 2022.

What is the OMAD diet? Why eating one meal a day isn't recommended by dietitians

Fans will be happy at new Covid rules to try and get games called off, West Ham were victims of our own success