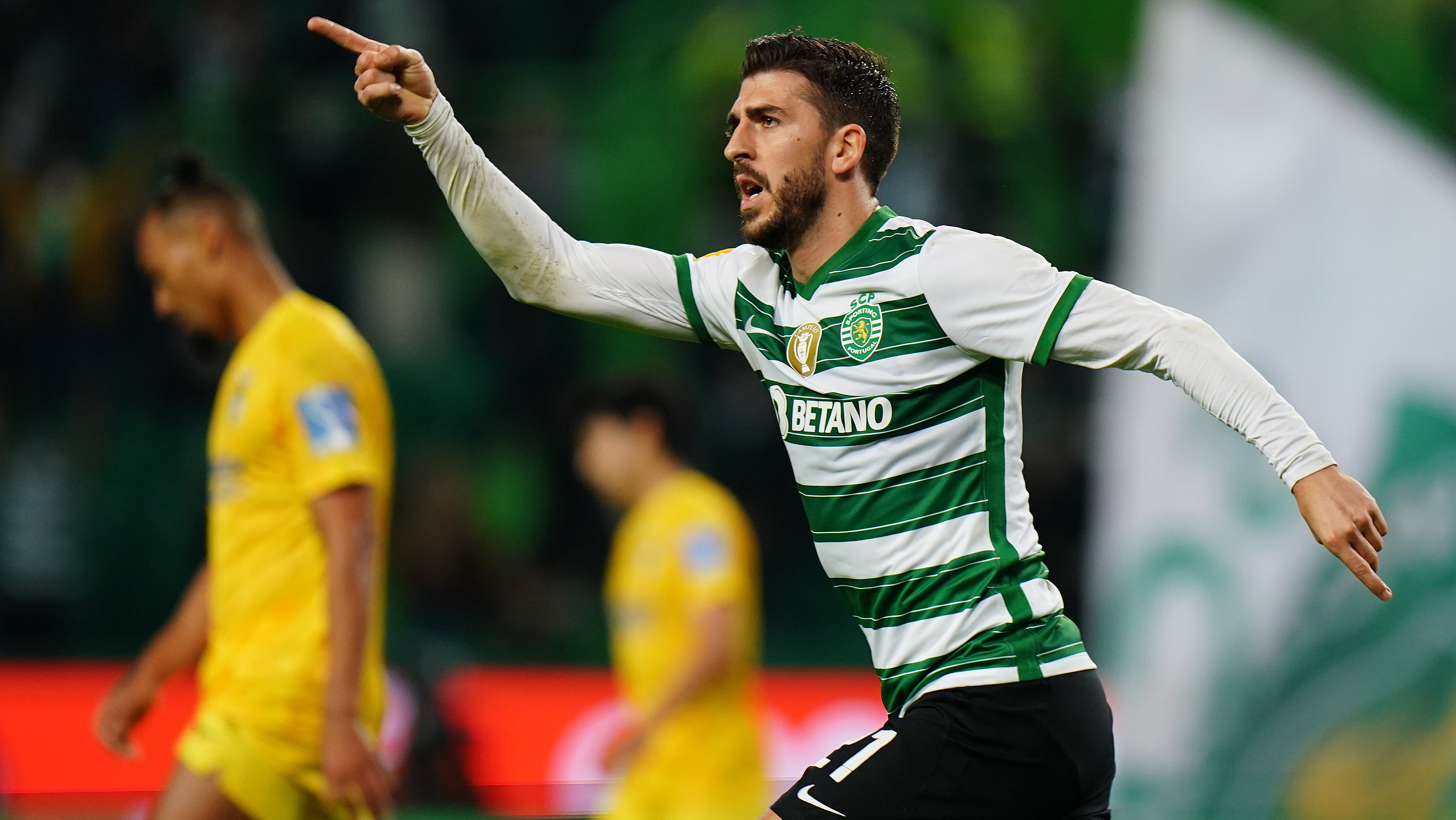 The final Liga Bwin action of 2021 took place this week with a number of matches setting 2022 up in fascinating shape.

Moreirense, Marítimo and Paços Ferreira have all struggled this season but managed to register vital victories to give themselves a platform to push on in the new year, Estoril, Vizela and Santa Clara being their respective victims. Gil Vicente continued a fine campaign by beating Tondela, while Braga annihilated Arouca.

The title race has a familiar feel to it although Porto landed a key blow over their fierce rivals Benfica with a second “Clássico” win of the week.

It’s Sporting that are in the driving seat along with Porto as the current title favourites, the defending champions were made to work in overcoming Portimonense and they had PortuGOAL Figure of the Week Paulinho to thank as the striker registered a much-needed hat-trick in a star performance in Lisbon.

One of the more experienced strikers in Liga Bwin, 29 year old João Paulo Dias Fernandes, better known simply as “Paulinho”, is something of a late bloomer having worked his way up the ranks to join Sporting in January 2021. He had earned the move off the back of some excellent performances with Braga, where he had also worked with manager Rúben Amorim, who had recently himself made the switch south to Lisbon.

Paulinho boasts many strengths as a striker, being efficient at link up play and with his back to goal, whilst being quite a physical presence on the pitch. That said, he is often viewed as a divisive figure thanks to his consistent inconsistency, capable of hitting the back of the net with regularity but lengthy goal droughts never seem too far around the corner.

And so this has proved since his big money move to Sporting. In his first half season with the Lions he played a part in helping the Lisbon side over the title-winning line, albeit goals were coming at a premium and they had done so previously with Braga in the very same campaign.

This season has largely followed suit, plenty of promising build up play and his own performances are usually solid, but every number nine will always been judged on numbers and Paulinho’s total of 6 goals from 24 games going into Wednesday evening’s encounter with Portimonense has been the main reason why the nay-sayers’ voices have been heard loudest.

However, for said match up Paulinho responded to the criticism in the best possible way to not only quieten the doubters but secure a massive result for Sporting in the context of the title race. His contribution was particularly key as the visitors to Estádio José Alvalade have been in fantastic form throughout the campaign and indeed held a half-time lead in the late kick-off thanks to a Matheus Reis own goal.

Sporting came roaring back in the second half though as Paulinho struck a much-needed equaliser in the 65th minute. The forward was involved in the genesis of the move too, such can be a trademark of his, finding substitute Daniel Bragança, who in turn found Nuno Santos to cross for Paulinho who was perfectly placed to guide a header beyond Portimonense keeper Samuel Portugal for 1-1.

Sporting knew only a win would do and pressed for more, and with fifteen minutes remaining the defending champions poked their noses in front. This one had a bit more of an element of fortune to it as Pedro Gonçalves’ shot deflected perfectly into Paulinho’s path, and he pounced to register his second goal of the game.

Sporting then made the game safe as Paulinho rounded off his perfect night by completing his hat-trick. Yet again he was a part of the set up, exchanging passes with Gonçalves, who saw a shot saved before squaring the rebound to Paulinho to power past Portugal.

Portimonense pulled a late goal back through Lucas Possignolo but Sporting completed the job to temporarily move back to the Liga Bwin summit before Porto’s triumph over Benfica last night technically edged Paulinho’s side into second place.

Paulinho and Sporting will hope that this proves the turning point in the striker’s season in terms of goalscoring output, an evening in which he increased his own tally for the season by 50%. More barren spells will always remain possible for him but as long as Paulinho’s hands are grasping the Liga Bwin title come May then he, Amorim and Sportinguistas everywhere won’t care a bit.

Canada ready for World Cup 'battle' with US