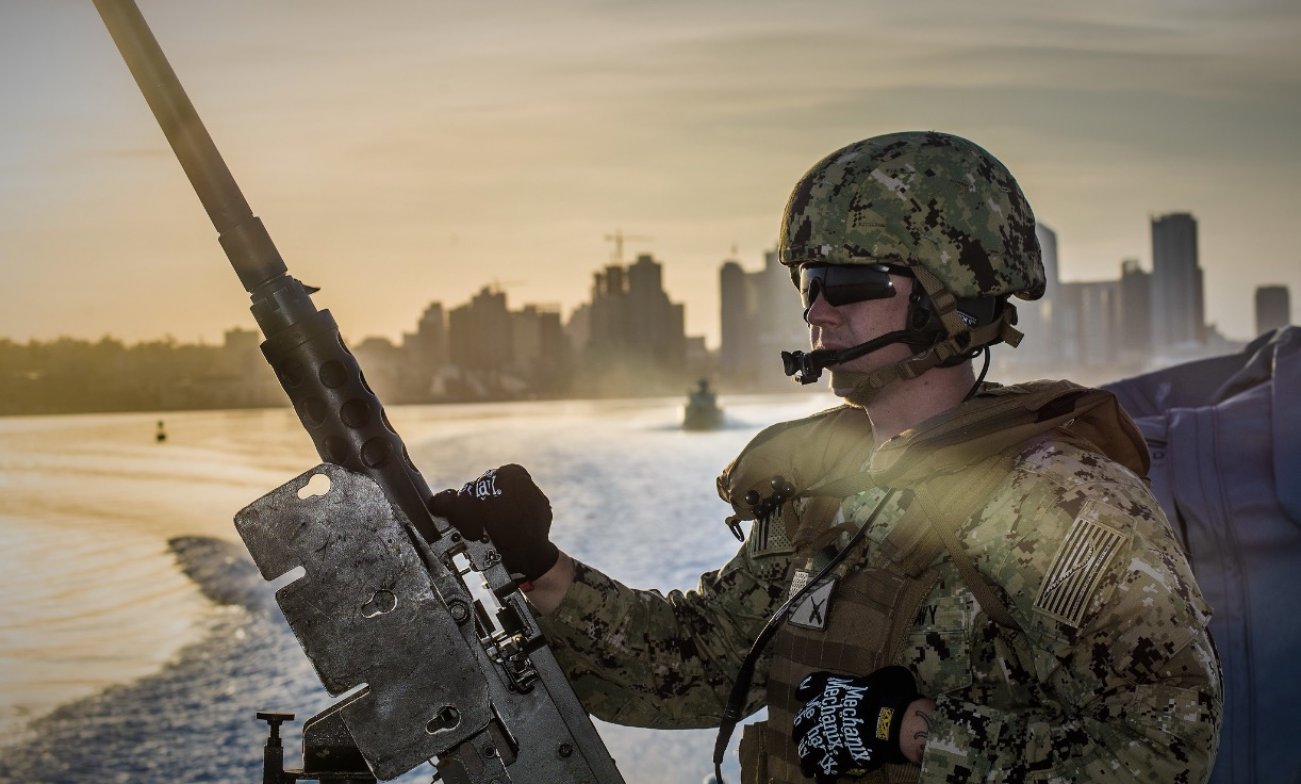 “The possibility of small and medium-sized clashes, which could involve ship collisions and occasional firing incidents, is rising."

Here’s What You Need to Remember: In terms of pure statistics, increasing the number of patrols, surveillance operations and attack drills near one another simply raises the probability of some kind of hostile encounter.

Many experts, observers and officials seem to share the concern, given the rapid escalation of hostility between the two major superpowers.

Speaking to this topic, the Chinese-government backed Global Times heated up the rhetoric a bit when stating that “if Washington launches military provocations to challenge the bottom line of China’s national security and sovereignty, China will make immediate and effective retaliations.”

While this may, in some respects, seem like somewhat of an obvious statement, it does introduce the prospect of a major war, perhaps beginning with only a small incident.

“The possibility of small and medium-sized clashes, which could involve ship collisions and occasional firing incidents, is rising,” the Global Times writes.

How could a small clash occur? The paper suggests the highly unlikely possibility that the U.S. might attack some of China’s claimed “phony island” territory in the South China Sea. While unlikely, Chinese moves to place weapons in sensitive areas of the South China Sea island chain might make that kind of consideration somewhat realistic, given the proximity of the threat they would introduce.

However, some kind of intercept, false move or misinterpreted training exercise could easily spark some kind of exchange of fire. Both America and China have been massively ratcheting up surveillance plane operations, aircraft carrier attack drills, training operations and bomber patrols in close proximity to one another. This increases the likelihood of actions being misunderstood or intentions being misread.

Perhaps Chinese fighter jets and surveillance drones operating near or over Taiwan might appear to be closing in for an attack, therefore prompting ground commanders to fire air defenses? Where is the boundary between peaceful training operations, harmless patrols and severe military provocation? Should that line be tenuous in any way, then a major catastrophic war could erupt.

On the flip side, what if a U.S. Navy destroyer conducts a Freedom of Navigation exercise in the South China Sea and sails within the twelve-mile territorial boundary of island areas claimed by China and China fires missiles at the U.S. ship? If the shots fired are even warning shots, they could lead to disproportionate retaliation.

In terms of pure statistics, increasing the number of patrols, surveillance operations and attack drills near one another simply raises the probability of some kind of hostile encounter. The big question is this: would either major power exercise the much-needed restraint necessary to stop a war in the event of small engagement? One would think the price of major warfare would simply be far too high for both countries, but that does not mean it could not happen.

Kris Osborn is the Defense Editor for the National Interest. Osborn previously served at the Pentagon as a Highly Qualified Expert with the Office of the Assistant Secretary of the Army—Acquisition, Logistics & Technology. Osborn has also worked as an anchor and on-air military specialist at national TV networks. He has appeared as a guest military expert on Fox News, MSNBC, The Military Channel, and The History Channel. He also has a Masters Degree in Comparative Literature from Columbia University.

Who is Angela Scanlon from Your Garden Made Perfect?