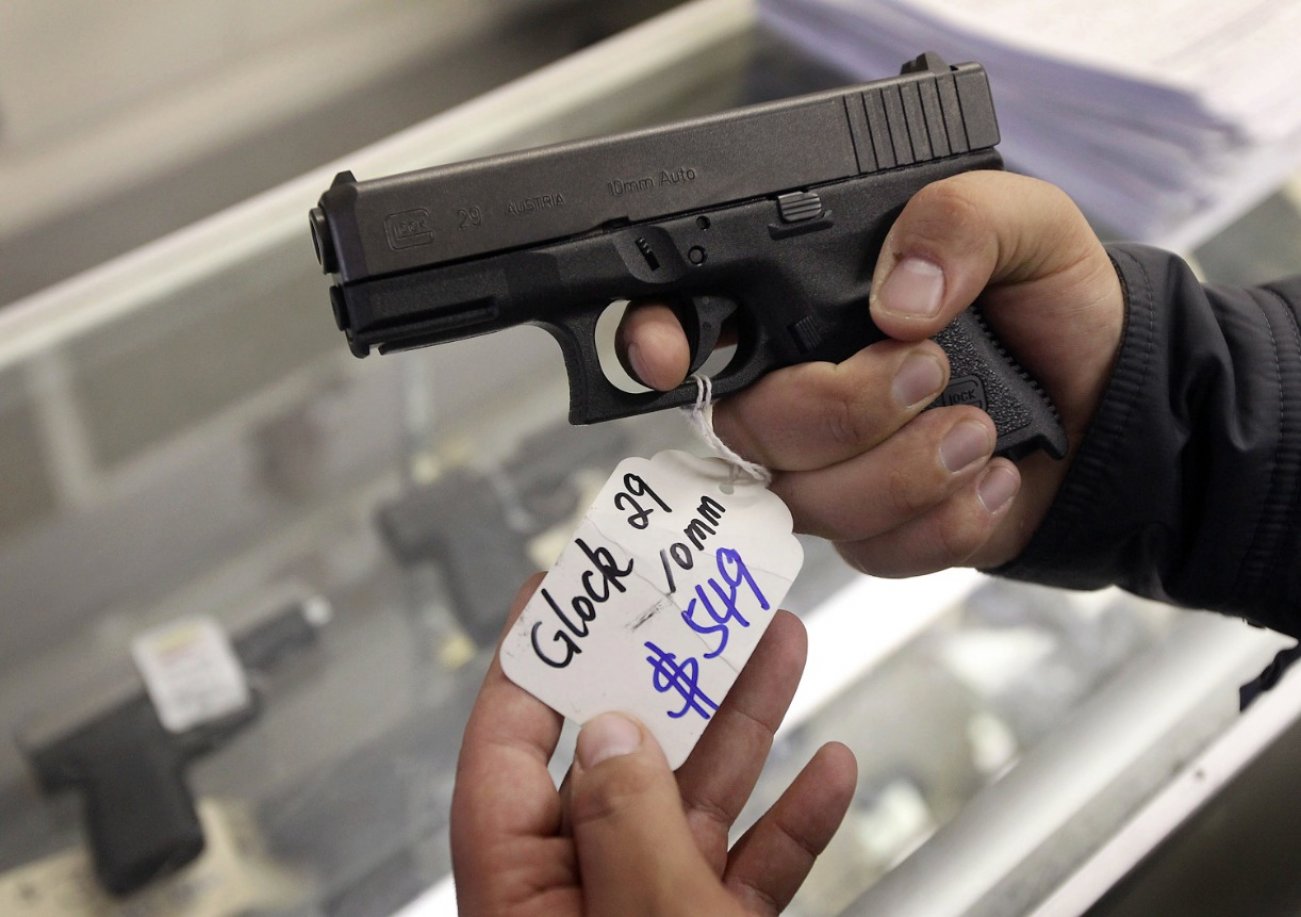 Even those who may support calls for gun control may disapprove of how the White House has tackled the issue.

In his April Rose Garden call for gun control, President Joe Biden used strong words and called firearms-related deaths a "national embarrassment." Biden is hardly alone among politicians who believe that the answer to violence and crime can be solved through legislation that strips away the Second Amendment, and in essence, punishes the law-abiding in the process.

Yet, thankfully for supporters of the Second Amendment, little progress has been made by the Biden Administration and lawmakers have largely shied away from the issue. In fact, it isn't surprising why moderate Democrats haven't gotten on board with Biden's call for action—and that's because fewer and fewer Americans actually support such an agenda.

According to a new poll conducted earlier this month by the Trafalgar Group, eight in ten U.S. voters believe that strict gun control laws in major cities either make no difference in the current surge in retail crime or could even make it worse. A total of 47.1 percent of respondents from all political affiliations said that strict gun laws in major cities would make no difference, while 37.3 percent even said that gun control could worsen the problem. Just 15.6 percent of American voters said that they believed gun laws could address the retail crime surge including "mob-style" crime grabs.

The poll found that large numbers of likely Democrat, Republican, and Independent voters believed that strict gun laws were ineffective, while it was only Democrats who found such laws to be helpful. Even then, the numbers were lower than might be expected, and just 30.1 percent of likely Democrats said that strict gun laws could successfully help address the retail crime surge, while only 9.8 percent of independents and just 7.3 percent of Republicans said the same.

"There seems to be a growing consensus among urban residents that less police, releasing criminals and failure to prosecute are making them feel less safe," Cahaly explained. "They are frustrated that unlike most who live in rural and suburban areas, city residents don't feel they have the right to protect themselves due to gun restrictions that only hurt law-abiding citizens."

Additionally, a Gallup poll from November also found that fifty-two percent of Americans were in favor of stricter laws covering the sale of firearms, but that was actually down from fifty-seven percent in 2020 and sixty-four percent in 2019. It was also the lowest level of support in the annual Gallup poll since 2014.

Finally, even those who may support calls for gun control may disapprove of how the White House has tackled the issue. An ABC News/Ipsos poll conducted earlier this month found that just thirty percent of Americans approve of how President Biden has handled the issue of gun violence, while sixty-six percent currently disapprove. Perhaps Biden should cut his losses on this issue and move on to more pressing matters.