COPS swooped on a crumpled SUV at a suspect’s home after five people were killed when the vehicle plowed into a Christmas parade.

More than 40 people – including 12 kids – were injured after a red Ford Escape sped through the parade in Waukesha, Wisconsin on Sunday. 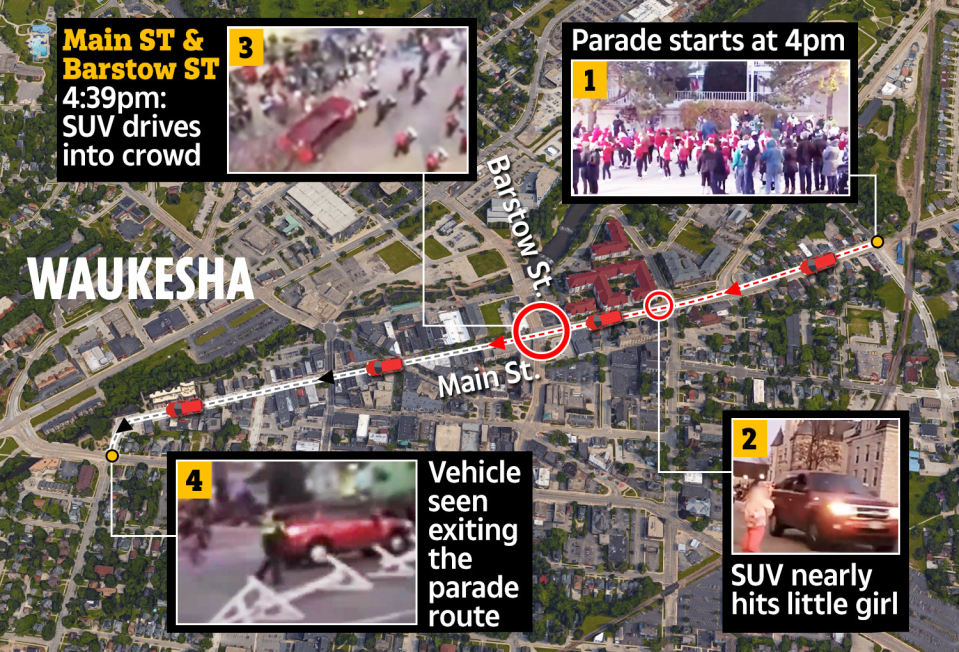 Officers later swooped at an address in Milwaukee where the SUV that went on the rampage was parked in the driveway.

The front of the vehicle was crumpled right up to the windscreen with bumper and licence plate hanging off.

The suspect was detained and he reportedly complained of a sore shoulder as he was taken into custody.

Waukesha Chief Dan Thompson stated in a press conference that the vehicle struck more than 40 individuals, including some children.

Earlier parents screamed their kids names and bodies flew everywhere as the SUV rampaged through the town.

She described how she “saw the car come and plow into the band that was just pass my balcony at that point”.

“And then continued down the road to People’s Park which is at the end of the block -and then kept going, it didn’t stop.”

Brayden Kowalski, a 19-year-old witness, told Fox News he was with his family when he saw bodies being thrown around by the car.

SWERVING BACK AND FORTH

Members of the Milwaukee Dancing Grannies troupe were marching at the time of the incident.

The 6 best yoga pants in 2021, according to a yoga instructor who's tested dozens