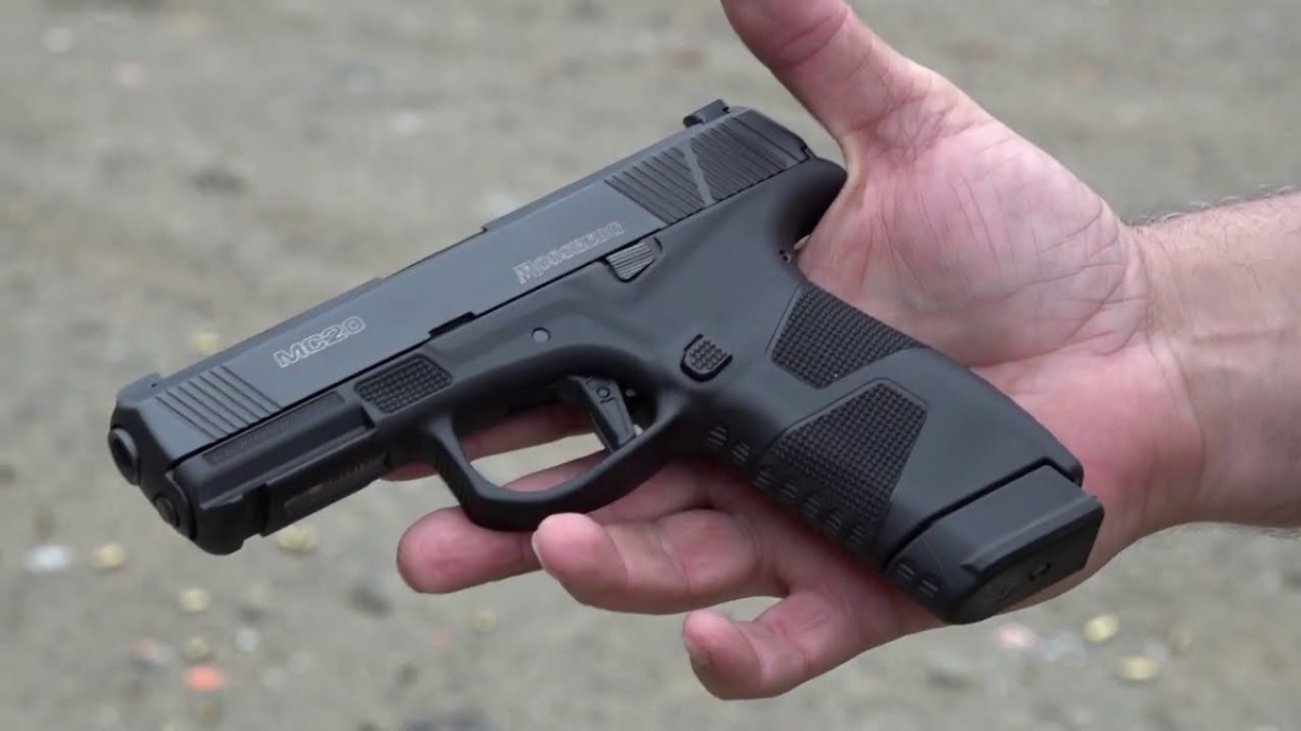 Designed for concealed carry and personal defense, the Mossberg MC2c is a gem of a pistol.

Here's What You Need to Know: Dimensions size up to roughly 7x5x1 inches and include a 3.9” barrel. It weighs less than thirty ounces fully loaded, about as much as a Glock 19.

The Mossberg brand is synonymous with shotguns, but this American gun manufacturer is proving their quality firearms come in all shapes and sizes. In 2019 Mossberg produced a hit with the MC1sc. A resoundingly positive response to the first pistol they’d released in a hundred years prompted Mossberg to up the ante and release the MC2c in 2020. Is the bigger MC2c all it’s double-stacked up to be? Is the sequel better?

To start, the Mossberg 9mm compact semi-auto MC2c is a slim profiled pistol. The big news here is the added capacity of the double-stack mags. A 13+1 capacity with the included flush-length mag or the ready-for-anything 15+1 capacity of the extended mag firmly places this Mossberg pistol on my list of options for everyday carry.

The footprint of the Mossberg MC2c is a well-thought-out design that is easy to conceal in a variety of my preferred holsters. Dimensions size up to roughly 7x5x1 inches and include a 3.9” barrel. Overall, weighing less than thirty ounces fully loaded. Essentially the same as my trusty Glock 19.

I like the feel of the MC2c. There are some aggressively textured areas placed strategically on the otherwise completely smooth matte black surface. The key to success here is just exactly where and how Mossberg has gotten rough with the MC2c. Aggressive stippling on the grip is a good texture to hold on to. Front cocking and rear cocking serrations on the front and the back make the slide pull easy and natural feeling. Even a single angled serration cut crossways within the diagonal pattern on the back adds grip on the slide. There is a textured patch in front of the takedown lever to add a finger-grip for my support hand. Last, but not least, the mag release and easy-to-operate slide stop are also highly textured.

Getting down to business on targets with the Mossberg MC2c revealed to me how reliable and accurate this Mossberg pistol is. The adjustable dovetail white 3-dot sights are easy to see. A flat profile trigger has a 5.5 lb trigger pull with a good break. The integrated trigger blade safety is standard, or the cross-bolt safety is available if you prefer it.

One last feature worth highlighting is extra attention to safety by Mossberg on the MC2c. The take-down, located in the endplate, is built to keep me safe during disassembly. I don’t have to pull the trigger or drop the striker to disassemble. Just three simple steps: push the endplate down, remove the striker, and pull the slide from the front, and I’m done.

Designed for concealed carry and personal defense, the Mossberg MC2c is a gem of a pistol. Comfortable, accurate, and reliable as the day is long, the added capacity of the MC2c places it ahead of its predecessor in my book. Proving to be an excellent sequel from Mossberg, the MC2c will be in my everyday carry rotation for years to come.

Richard Douglas writes on firearms, defense, and security issues. He is the founder and editor of Scopes Field, and a columnist at The National Interest, 1945, Daily Caller, and other publications.

This article first appeared in August 2021 and is being republished due to reader interest.